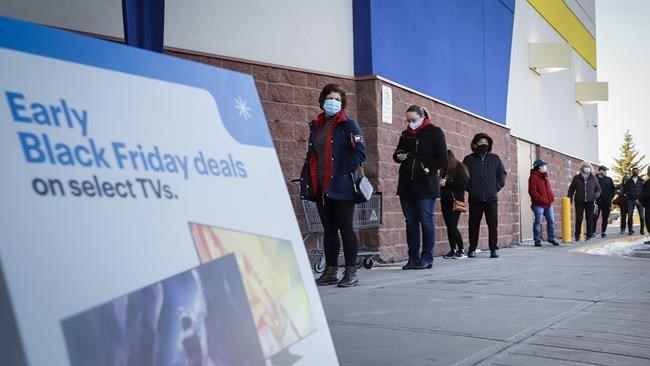 Black Friday has arrived with less fanfare than usual as retailers spread out sales and consumers scoop up deals early amid ongoing supply chain concerns.

Black Friday has arrived with less fanfare than usual as retailers spread out sales and consumers scoop up deals early amid ongoing supply chain concerns.

Stores have been rolling out discounts for weeks, encouraging consumers to buy early to avoid potential product shortages.

The situation has cast a pall over Black Friday itself, originally a one-day event that signalled the unofficial start of the holiday shopping season.

Anwar White with McGill University’s Bensadoun School of Retail Management says Black Friday has been expanding for years as retailers try to maximize sales by pushing discounts earlier into the fall.

But he says the pandemic has accelerated that trend as uncertainty and supply chain problems have pushed deals even earlier.

Yet while Black Friday won’t be as big as it was before the pandemic, White says Canadians will be heading to malls and big box stores today in search of both discounts and holiday spirit.

“There is still something special about Black Friday and there are still people that are going to be actually going out,” he said. “But it won’t be hugely driven by the sales. When you shop on Black Friday there is an energy that is unmatched and it really does and say ‘OK, now it’s Christmastime.'”

This report by The Canadian Press was first published Nov. 25, 2021.