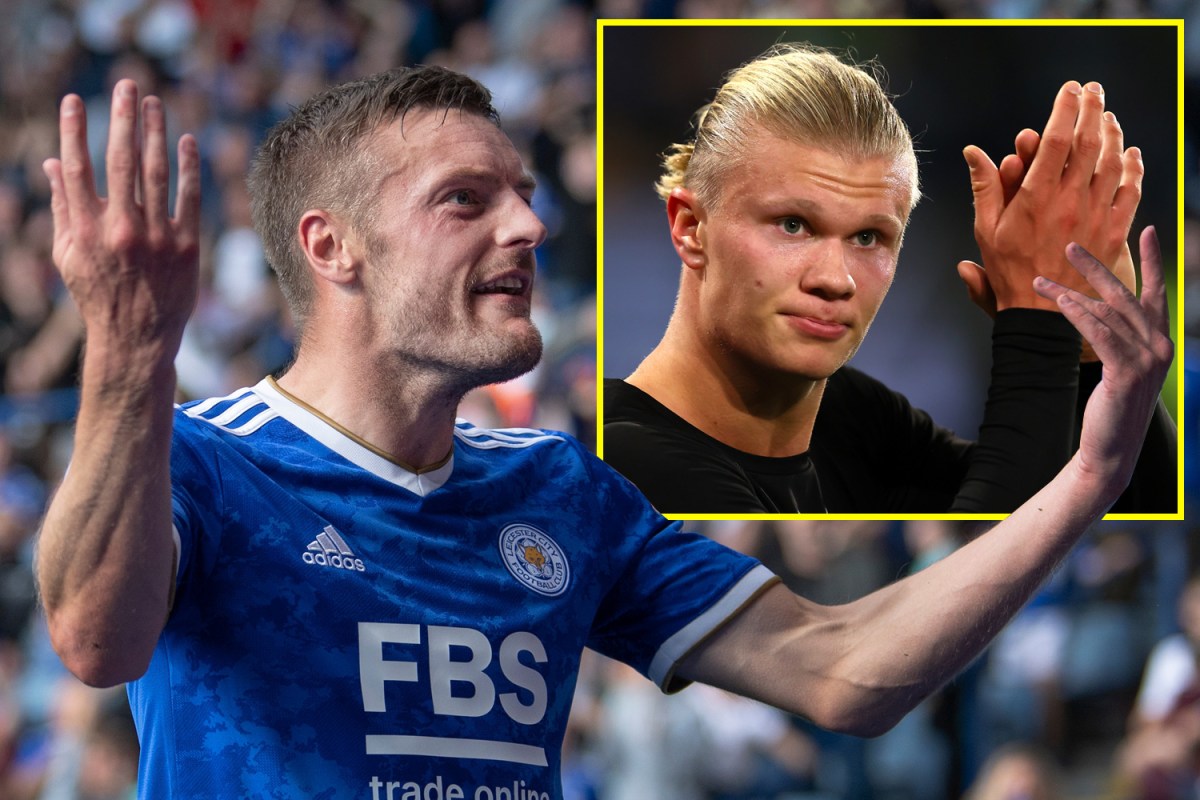 Erling Haaland has revealed he watches videos of Leicester striker Jamie Vardy to improve his game.

The Borussia Dortmund centre-forward is regarded as one of the best strikers in the world, despite being just 21 years old.

He has scored 16 goals in 14 Bundesliga games this season, meaning he has 80 goals in 79 appearances since he signed for the German club in 2020.

And the Norwegian explained he draws much inspiration from the Premier League and The King Power stadium in particular.

“I’ve been, not studying, but watching a lot of players,” Haaland told Sky Sports.

“Let’s take an example: the running in behind the centre-back when the No.10 has the ball.

“You maybe have the best in the world at that – Jamie Vardy. I’ve been looking a lot at him on exactly this.

“That’s how I am, I’ve always been watching a lot of football. I still do.

“When we play on Saturday, I go home and on Sunday I watch football all day. I’ve always liked football a lot.”

🗣 “I’ve been watching a lot of players, the run in behind from the center-back when the number 10 has the ball, you maybe have the best in the world on that, Jamie Vardy.”

Erling Haaland has been studying the likes of @vardy7 in his free time 👀 pic.twitter.com/JqyfE1Ntec

Haaland could be joining Vardy in the Premier League in the summer, with the likes of Manchester City, Manchester United, and Chelsea linked with the striker.

The release clause in his contract is said to become active at the end of the season, meaning clubs can sign him for £62.5million.

Whilst that’s a great deal, it’s not quite as good as Leicester picking up Premier League winner Vardy for £1m from Fleetwood, is it?