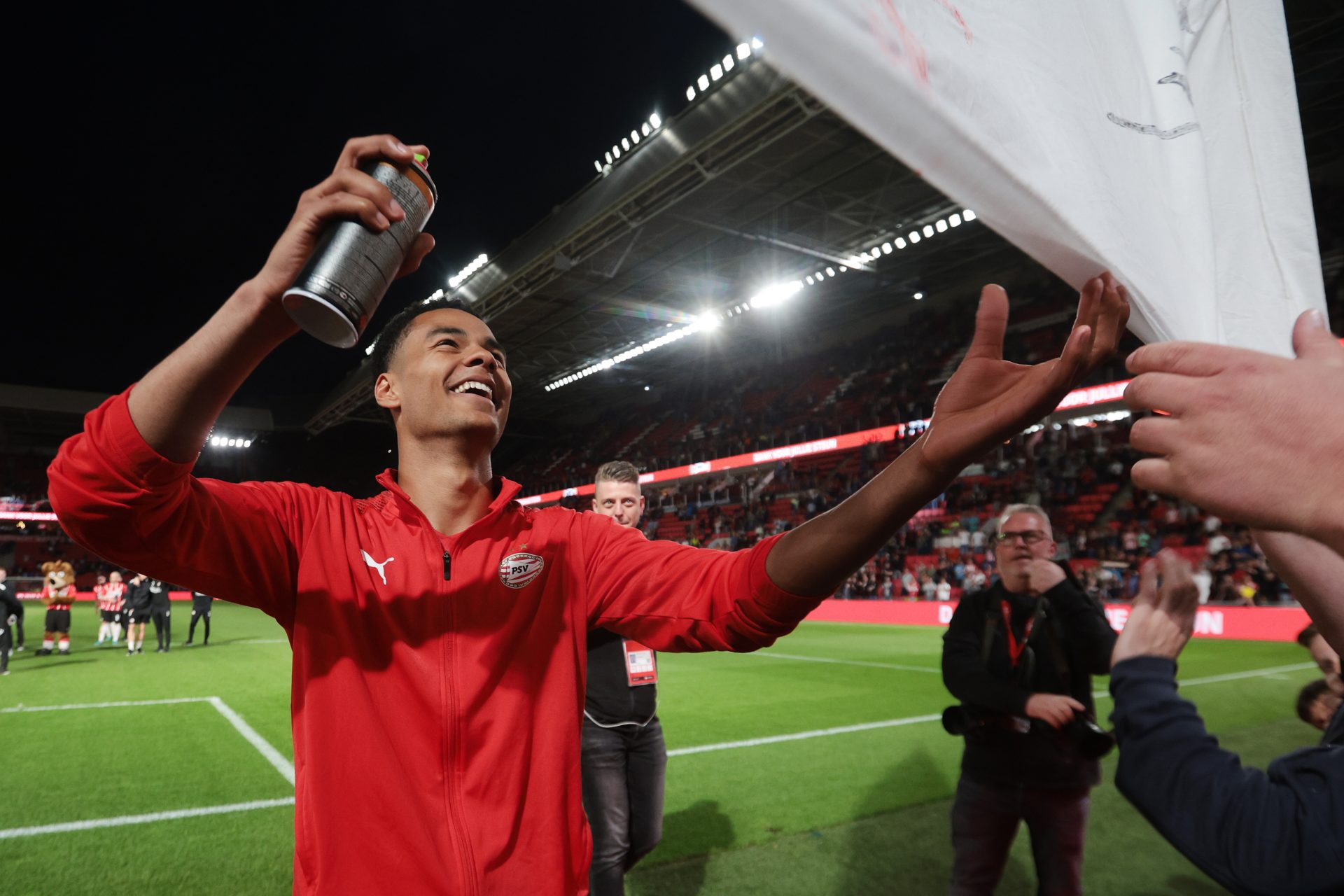 Some three months ago, it felt like only a matter of time before Gakpo was following in the footsteps of Memphis Depay, Gini Wijnaldum and co.

According to the Express, Tottenham were confident that they would succeed in luring the £40 million-rated Dutch international away from the Philips Stadium. Arsenal, meanwhile, held talks with an explosive, unpredictable and increasingly prolific forward who contributed 21 goals and 15 assists during an outstanding 2021/22 campaign (The Mail).

Flash forward to mid-June, however, and Spurs have snapped up Ivan Perisic while turning their attention to Everton’s Richarlison. Arsenal, meanwhile, are reportedly closing in on a deal to sign Raphinha from Leeds United.

As for Liverpool, they have spent big on Darwin Nunez, simultaneously opening the door for Sadio Mane to join Bayern Munich.

“He knows what PSV has to offer, how I want to play and what his role can be in it,” says the Manchester United legend, who has been promoted from the reserve-team role to the top job following Roger Schmidt’s departure for Benfica.

“It was a good conversation. And, as long as nothing happens, I assume he will stay.”

Another season in the Eredivisie could do Gakpo the world of good, especially with the Qatar World Cup now just a couple of months away. And there are no shortage of cautionary tales involving fellow PSV stars either, their ‘fairytale’ transfers ended up feeling rather Grimm.

“He is not ready,” former Dutch star Pierre van Hooijdonk warned. “He misses quite a few matches (through injury).

“Hopefully he will play another season with 34 games (at PSV). Memphis was the best in the Netherlands when he went to Manchester United. Gakpo is not at that level yet.”

In other news, Leeds don’t want to sell ‘very skilful’ player to Tottenham or Newcastle