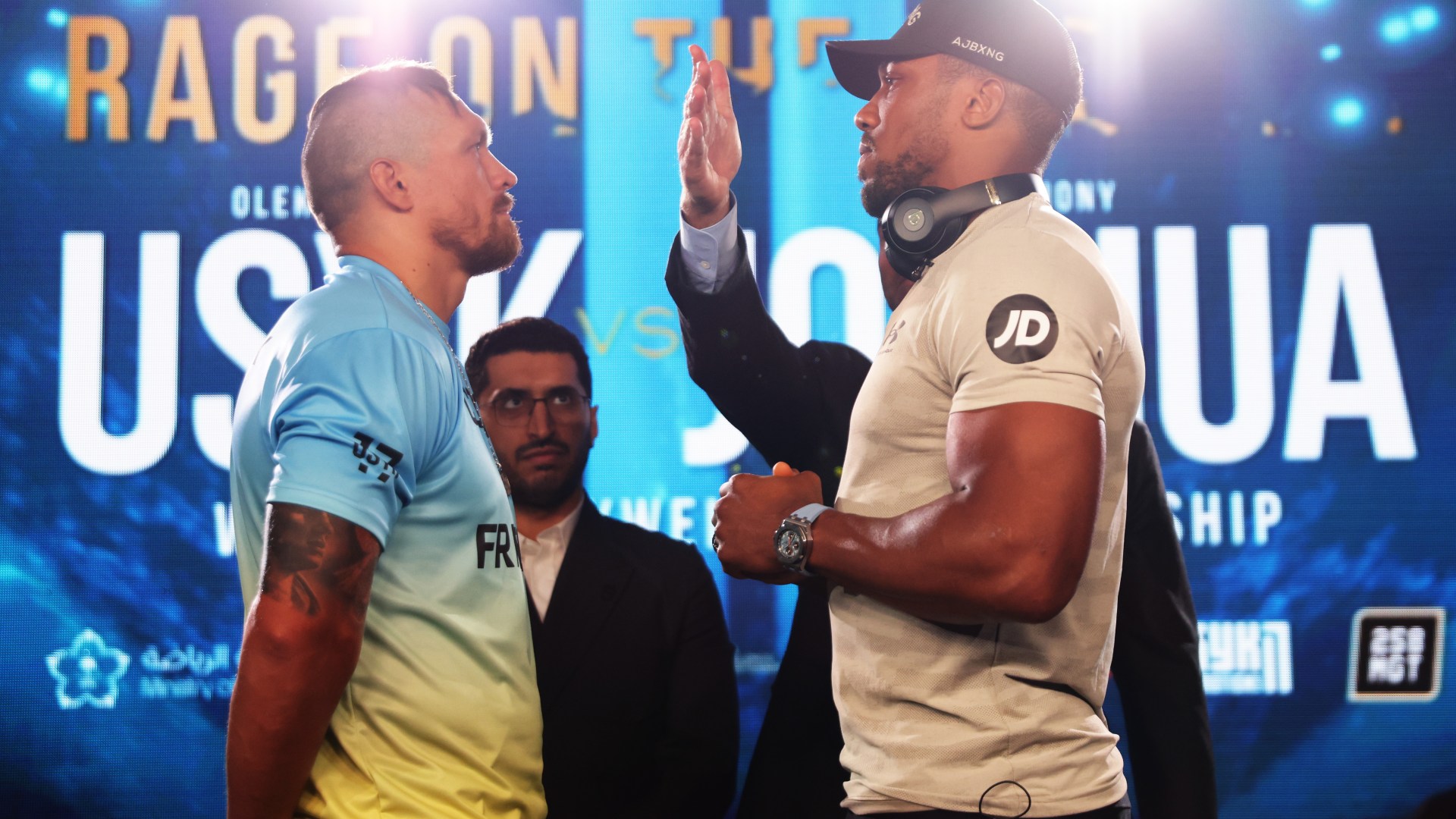 Eddie Hearn stepped in to separate Oleksandr Usyk and Anthony Joshua who once again shared an awkwardly long and intense face-off ahead of their rematch.

On Wednesday, the unified heavyweight champion came face-to-face with ‘AJ’ at a press conference in London to talk up their fight in Saudi Arabia on August 20.

After the talking ended, the heavyweight duo shared an excruciatingly long face-off before the Matchroom Chairman comically intervened by putting his hand in front of the fighter’s eyes.

It was a similar story when Usyk and Joshua came face-to-face for the first time since September last week, as they met at a press conference to preview their fight.

The British boxer lost his heavyweight belts in a decision defeat to Usyk in September, but days later activated his contractual clause to force a second fight that is due to take place later this summer.

During his latest media appearance, Joshua admitted he is ‘desperate’ to reclaim the WBO, WBA, and IBF heavyweight titles he lost almost one year ago.

Usyk wore a Ukraine-inspired blue and yellow ‘colours of freedom’ T-shirt to the press conference and gave a short speech about what is motivating him ahead of his second fight with Joshua.

“Everything I do in my life, the way I live and the way I fight is something I am enjoying,” he said.

“I’m just doing my job now and I will continue doing this [while] my heart is beating. The only thing I am on my way to doing is to save my soul. But everything else that is happening to me is just life.”