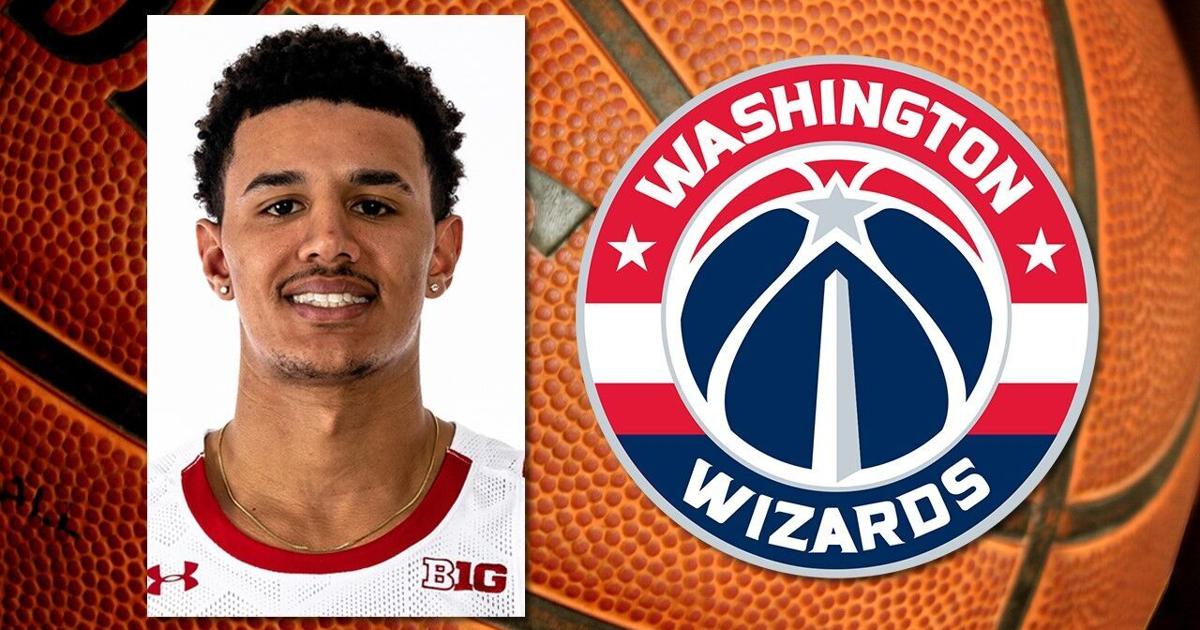 With hugs from his parents and family, he made his way to the stage to get introduced as the newest member of the team.

He was he tenth draft pick. He’s the first Wisconsin Badger in seven years to go in the top 10 since Frank Kaminsky was picked at #9 in 2015. Devin Harris was a lottery pick in 2004 at number five.

The former Central and Wisconsin star said he’d bring his defense to the team when interviewed moments after his name was announced.

“Definitely a defensive mindset. You can never control if the ball goes in the basket or not. I think you can always show your effort and intensity,” he said. He said he can bring offense to the team, too, either taking the ball to the rim or shooting from outside.

As far as his parents, they were both proud. “I almost cried….Just so excited for him. All that hard work he’s been through is finally paying off…A dream come true,” said dad Mark.

Davis had have plenty of support with him at the draft. His former Central coach Todd Fergot is there along with two of his high school teammates, Noah Parcher and Terrance Thompson.

We’ll have additional coverage of Davis and the draft coming up tonight on the 10 pm Report.