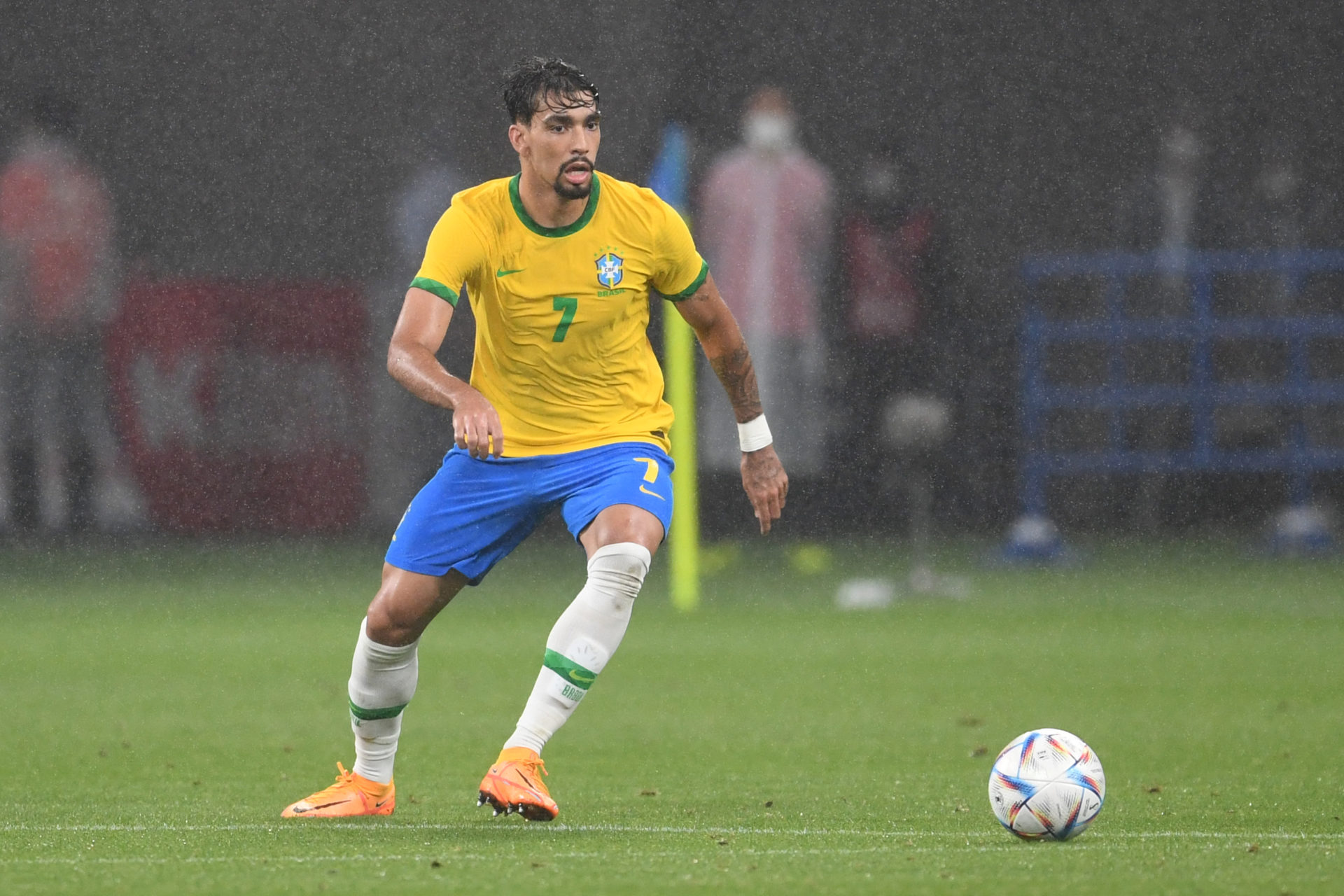 Newcastle United star Bruno Guimaraes has commented on the possibility of Eddie Howe signing Lucas Paqueta this summer, amid the Toon’s interest in his former Lyon teammate.

Bruno Guimaraes has told The Mirror that he ‘would love’ Newcastle United to sign Lucas Paqueta from Lyon, with boss Eddie Howe reportedly interested in the Brazil international.

Howe has already raided Les Gones once this year to secure Guimaraes’ transfer from the Ligue 1 outfit in January. The Magpies agreed to pay an upfront £35m for the 24-year-old, plus a further £6.5m after add-ons. He also agreed to sign a four-and-a-half-year contract.

Guimaraes had a slow start to his Tyneside career as Howe sought to let the midfielder get settled at St James’ Park. But he is now set to be the Magpies’ talisman this season, having proven a huge hit in black-and-white as the North East outfit pulled away from relegation.

Newcastle have backed Howe in response to securing the club’s Premier League safety in the summer sales. The Toon have also now awarded him a new contract, and are active in the market to further strengthen his squad with fresh links to Atalanta striker Luis Muriel.

Paqueta is also a major goal on Howe’s shortlist, with Newcastle interested in another deal with Lyon this year. The Times note United are willing to shatter their record spend to sign the Brazilian, whom Les Gones value in the region of £50m as his contract runs until 2025.

Paqueta is open to joining Newcastle amid Howe’s strong interest, too, as Chronicle Live note the Lyon star has considered what it would be like to follow Guimaraes to Tyneside.

The pair developed a close friendship while at the Groupama Stadium together, and have met up since Guimaraes joined Newcastle. Paqueta has also been pictured wearing a Toon jersey in Guimaraes’ garden, but there were no transfer-related ties about the instance.

“Paqueta in black-and-white again? It is difficult to say,” Guimaraes admits. “I would love that! But I don’t work in this area, I am a player. I invited him and we play together in my garden. [The photo] was only this.”