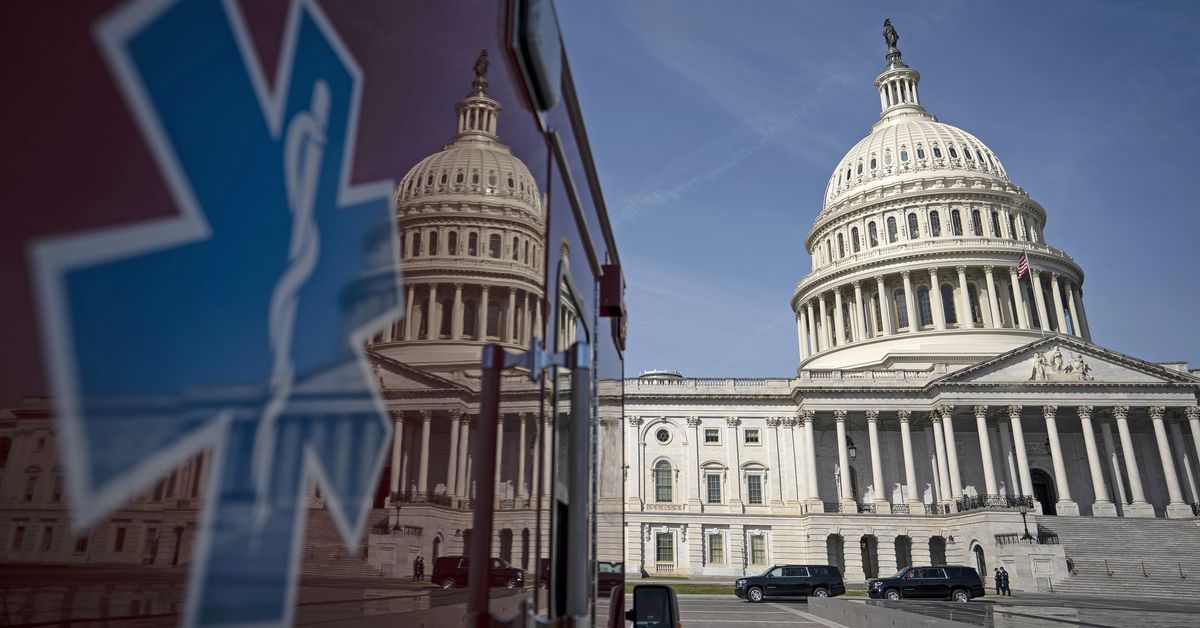 The coronavirus pandemic has fully exposed the flaws in the US health care system and deepened many of its disparities. Yet there is a serious possibility, now that Sen. Joe Manchin (D-WV) has rendered the current version of the Build Back Better Act dead, that the current Congress will not pass any long-term provisions to cover more people, make health care more affordable, or better prepare the nation for the next pandemic.

Though they have not attracted as much attention as other parts of the legislation, Democrats had written a wide-ranging health care section in Build Back Better. They were planning to patch up holes in the Affordable Care Act, extending assistance to middle-class families as well as people in poverty; to reduce drug costs for millions of Americans, and to make investments in the country’s health care infrastructure, with the goal of making the US better prepared for the next pandemic that will inevitably come.

America’s health care problems start with health coverage: The US stands alone among developed countries with nearly 9 percent of its population lacking health insurance. Build Back Better had been projected to reduce the number of uninsured Americans by 3 million people or more, through at least the end of Biden’s term, pushing the country closer to the goal of universal health care.

Now all of those plans are in jeopardy. A health care system that was already falling behind America’s wealthy peers and that had been ravaged by the pandemic might not see any new long-term investments unless Democrats can revive some version of what was supposed to be their signature legislation while they control Congress and the White House.

Uninsured Americans under 65 have the second-lowest vaccination rate (59 percent) of the 26 subcategories tracked by the Kaiser Family Foundation in their Vaccine Monitor survey — only rural residents report lower vaccination rates. Being uninsured is a stronger indicator of vaccination status than whether a person is a Democrat or Republican, Black or white, rich or poor.

The vaccines are free to everybody, regardless of insurance, but anecdotal evidence suggests there is confusion about that fact, especially with many pharmacies asking for insurance information when a person schedules their appointment in order to bill the insurer (not the patient) a small administration fee. There is strong evidence that even a small payment discourages people from using health care services, and experts say that paperwork alone can be a disincentive. The Biden White House’s winter Covid-19 plan relies on people to submit bills for at-home Covid tests to their insurer, a proposal that experts worry will lead to people either failing to get reimbursed (because they never submit the bill) or not buying tests in the first place (because they can’t or won’t pay out of pocket).

These problems have been accentuated by the Covid-19 pandemic, but they existed before it. In 2019, an estimated 32.8 million Americans were uninsured. The number of children living in poverty who are also uninsured has been rising since before the pandemic. In 2019, one in four Americans said that they had skipped care for a serious medical condition because of the cost. Nearly 30 percent of Americans said in a Kaiser poll that in the last year they’d either cut pills, skipped a dose, not filled a prescription, or taken an over-the-counter drug instead of the medicine they were prescribed because of the cost.

Build Back Better, as currently written, would not have solved all of these problems. But it would have made a dent.

How Build Back Better was supposed to improve US health care

Democrats already approved expanded subsidies for Americans to purchase private insurance as part of the American Rescue Plan that passed in March. That law eliminated the cutoff for people to receive subsidies (previously, people who made more than 400 percent of the federal poverty level could not receive any assistance) and increased subsidies for lower-income people who were already eligible.

Build Back Better would have extended those enhanced subsidies through 2025; according to the CBO, an estimated 1.5 million people would have gained coverage and another 8 million people would see their monthly premiums reduced by an average of $67. Without the extension proposed in the Build Back Better bill, people will either lose insurance or see their premiums spike as soon as 2023.

Congress was also planning to finally close the Medicaid expansion gap. About 2.2 million people in poverty are uninsured who would be covered by the ACA’s Medicaid expansion if their state would accept it. But a dozen states, concentrated in the South, have refused and left millions of vulnerable residents, who are living in poverty and disproportionately Black, without any coverage. Build Back Better would have covered those Americans with private insurance, fully paid for by the government, through 2025.

Democrats were preparing to deliver on a longstanding campaign promise to permit Medicare to negotiate drug prices as well. A set number of drugs (starting at eight and increasing to 20 over time) would be subject to negotiation, so long as they had been on the market for nine years or more. Build Back Better would have taken those savings and used them to reduce out-of-pocket drug costs for seniors on Medicare. Democrats were also proposing to put a $35 out-of-pocket cap on insulin costs for Americans with either private insurance or Medicare coverage.

Lastly, the current version of Build Back Better would have made about $10 billion in new investments for pandemic preparedness and public health infrastructure. Experts thought that number was insufficient — groups such as the Bipartisan Policy Center have said that as much as $70 million over 10 years is necessary — but it still would have been a significant infusion of new funding.

Now those investments are also in doubt, even as the new omicron variant threatens to bring another wave of infection and death in the coming weeks. Public health experts have worried that the US would not make the necessary improvements to its pandemic response capabilities, even with more than 800,000 Americans dead because of Covid-19, and those warnings appear more and more prescient.

There is still time for Congress to change course, and Manchin has not closed the door on some kind of bill passing in the next few months. Amid the speculation about what kind of bill could pass, some or all of the health care provisions are projected to be part of the final product. Manchin himself has said he supports the drug pricing provisions specifically, and improving the ACA has been a shared goal of Democrats for several years now. Other parts of the bill — and its overall cost — are where the divisions within the party can be found.

But Democrats are working with incredibly narrow margins, and one senator — in this case, Joe Manchin of West Virginia — can sink a bill on their own. Without a new deal, a US health care system in desperate need of repair will remain as vulnerable as ever.