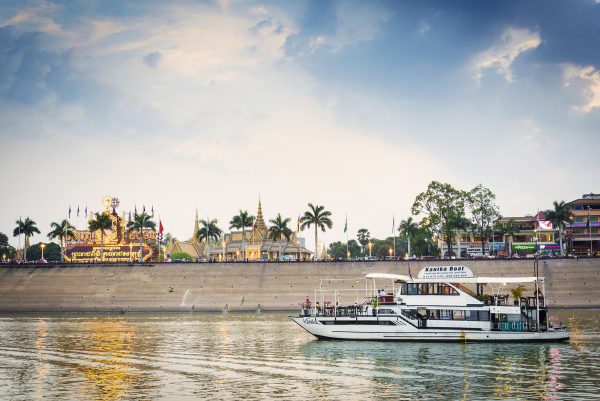 Cambodia has raced ahead in opening-up after fully vaccinating about 80 percent of its population, with Prime Minister Hun Sen declaring he was confident that “we won’t have another outbreak” of COVID-19.

It was a bold prediction amid the economic concerns of the business elites, who control much of the formal economy in the one-party state, and are pining to refill their coffers.

Foreign investment has collapsed to not much and the pandemic to date is expected to cost about 6 million jobs in the informal economy, which analysts say accounts for about 80 percent of the country’s GDP, drawn from a population of 16.5 million people.

The elites would like to see Cambodia return to the heady days of pre-pandemic life, with rampant Chinese investment and a return of the 6.6 million tourists who came in 2019 to bolster their dwindling bank accounts. But that’s not going to happen.

China has already signaled that it’s own flagging economy and collapsing property bubble are Beijing’s priority and that the massive infrastructure projects which came with the Belt and Road Initiative (BRI) are unlikely to be repeated in the coming years.

Thailand and Vietnam – where case numbers remain high and vaccination rates low – are still a long way behind and that will continue to hinder cross-border trade and efforts to reopen the once lucrative travel industry.

Even Cambodia’s own numbers are difficult to comprehend. Since abandoning rapid testing at the end of September, daily caseloads have fallen from near 1,000 to less than 50 a day – a good look on paper, at least.

Quarantines have been dropped but a lack of clarity persists for a small country which now relies on Singapore for connecting flights to outside destinations. The lack of clarity extends to mixed signals on local visas and recognition of Cambodia’s vaccination cards by international airlines.

In a bid to bolster its economy, Phnom Penh has signed onto the Regional Comprehensive Economic Partnership (RCEP) through ASEAN and ratified free trade agreements with China and South Korea.

Hun Sen has also appealed to the G-7 to deliver on major infrastructure investment under its Build Back Better World (B3W) initiative but like the absent tourists, why should absent investors return to Cambodia, a country beset by strife and persistent antagonism with the West?

The G-7 is dominated by North American and European countries which are constantly at odds with Cambodia over deteriorating democratic standards and its shift into China’s orbit. Western interests had already begun winding down their exposures in Cambodia amid a 2017 crackdown on dissent, which resulted in the court dissolution of the opposition Cambodian National Rescue Party (CNRP) that year.

Chinese enterprises arrived and filled the void, touting no strings attached to its billion dollar investments and no carping over human rights as Hun Sen’s Cambodian People’s Party won every seat contested at elections the following July.

Hundreds of CNRP supporters, dissidents, journalists, bloggers and environmentalists have been jailed amid wild allegations the United States was backing a “color revolution” led by CNRP leader-in-exile, Sam Rainsy.

The crackdown pushed Cambodia into the world’s newspapers for all the wrong reasons, not unlike Thailand and Myanmar. EU financial rebukes and U.S. sanctions, with more possible, followed.

Put simply, COVID-19 exacerbated the West’s exodus, up-ended Chinese largesse and triggered an unprecedented recession which left Cambodians struggling and isolated on a level not seen since the wars ended in 1998.

Only a swift rollout of Cambodia’s vaccination program changed the equation and life improved dramatically with the November 1 opening-up and the sprint into its “new normal” is understandable.

But the pandemic is not over, outstanding issues are many and there are no shortages of alternative destinations for tourists and investors alike. How Cambodia fares will depend on the containment of COVID-19 at home and importantly how it negotiates its relations with the outside world.

Luke Hunt can be followed on Patreon and Twitter