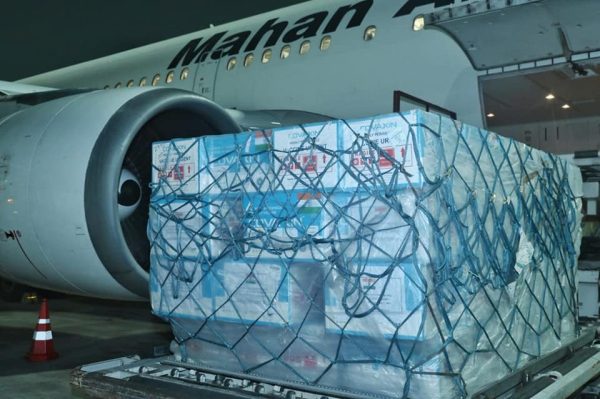 As the preeminent power in South Asia and one that has an expanding global footprint, India’s policies at home and abroad have always impacted its smaller neighbors. This was particularly the case in 2021, a year that saw India’s democratic credentials plunge precipitously and its Afghan policy come a cropper.

In his speech at the United Nations in September 2021, Indian Prime Minister Narendra Modi grandly described India as the “mother of all democracies.” However, the health of the “mother” has been in a state of decline for some time. In its 2021 report, Freedom House listed India as “partly free,” and V-Dem Institute described the country as an “electoral autocracy.” The decline of India’s democracy was driven by the Modi government’s systematic targeting of religious minorities. His government has successfully othered Muslims, silenced dissenting voices, and strengthened Hindutva, a Hindu supremacist ideology.

These domestic developments had a severe spillover impact on the neighbors. Modi’s visit to Dhaka in March 2021 set off massive protests in Bangladesh, a Muslim majority country, resulting in the death of 12 protestors. Then in October, Muslim mobs targeted Bangladesh’s Hindu minority, leaving seven people dead. Hindu nationalists in the northeast Indian state of Tripura retaliated by torching Muslim shops and vandalizing mosques.

Meanwhile, in Nepal, the rise of Hindutva in India bolstered Hindu nationalists and emboldened them to seek the restoration of the Hindu monarchy.

As elsewhere in the world, COVID-19 dominated life in South Asia in 2021. India earned the goodwill of the region and the world through its Vaccine Maitri initiative which it set in motion in January 2021. Under the initiative, New Delhi supplied large quantities of vaccines to its neighbors and developing countries at a time when Western nations were focused on hoarding vaccines for their own population.

New Delhi’s initiative was appreciated in the region and praised globally. In 2021, India supplied 115 million doses of COVID-19 vaccine to developing countries, of which almost 70 million came in the form of grants. Bangladesh, Myanmar, and Nepal were the primary beneficiaries.

South Asia is among the most vulnerable regions to climate change. It looks to India for initiative and leadership on climate change matters. At the COP summit in Glasgow, India led the developing countries by committing to becoming carbon neutral by 2070 even though it dragged its feet on phasing out of coal. However, South Asia will need India to act more robustly to ensure that the developed nations deliver on their promise of climate finance.

On the foreign policy front, India’s interests received a huge setback with the Taliban capturing power in Afghanistan. With this, India went from being “Kabul’s closest regional partner to one of the region’s most disadvantaged players,” according to Michael Kugelman, a South Asia expert at the Wilson Center in Washington, D.C. Believing that the Americans would never leave Afghanistan, it invested decades of diplomacy and billions of dollars in Afghanistan in building a relationship with the Hamid Karzai and Ashraf Ghani governments and the Afghan people, and was late to engage the Taliban.

2022 will be a critical year for the region as South Asian countries figure out how to deal with Afghanistan, which is a part of the region of the South Asian Association for Regional Cooperation (SSARC). The question troubled governments in 2021.

In September, Nepal, the current Chair of SAARC, called for a meeting on the sidelines of the UNGA, as has been the tradition. However, the meeting was called off as there was no concurrence over the participation of the Taliban representing Afghanistan.

With the India-Pakistan rivalry paralyzing SAARC, New Delhi has gone on to prioritize other regional forums, such as BIMSTEC and BBIN, over SAARC. The Taliban takeover of Afghanistan will only further energize India’s neglect of SAARC.

On the 37th SAARC Charter Day, Nepali Prime Minister Sher Bahadur Deuba pointed out that the objectives of SAARC were “far from being fully realized,” and called on member states to give the comatose regional grouping a new lease on life.

India displayed deft diplomacy beyond the region in 2021. It was an active part of the Quad, a group of democracies in the Asia-Pacific that includes the U.S, India, Australia, and Japan. But simultaneously, it continued its engagement with Russia. The two countries inked 28 pacts during Russian President Vladimir Putin’s visit to India, covering areas such as defense production and civilian nuclear energy. India’s endeavor for “strategic autonomy” and quest for an identity as a civilizational power has led it to hedge its bets between Russia and the U.S. while engaging China economically despite its border tensions with Beijing.

India is in an unenviable position in South Asia. Its neighbors share a love-hate relationship with India. The neighbors complain of India’s arrogant “big brother” attitude but tend to look to India during times of need. They expect India’s support but deride its intervention.

Looking ahead, India’s smaller neighbors will want India to lead by example, prioritize regional forums including SAARC, provide vaccine support, and work with neighbors on connectivity. They will be hoping that India accord the smaller neighbors strategic autonomy in dealing with China, and not see it as a zero-sum game, as long as Indian interests are respected. After all, with great power comes great responsibility.