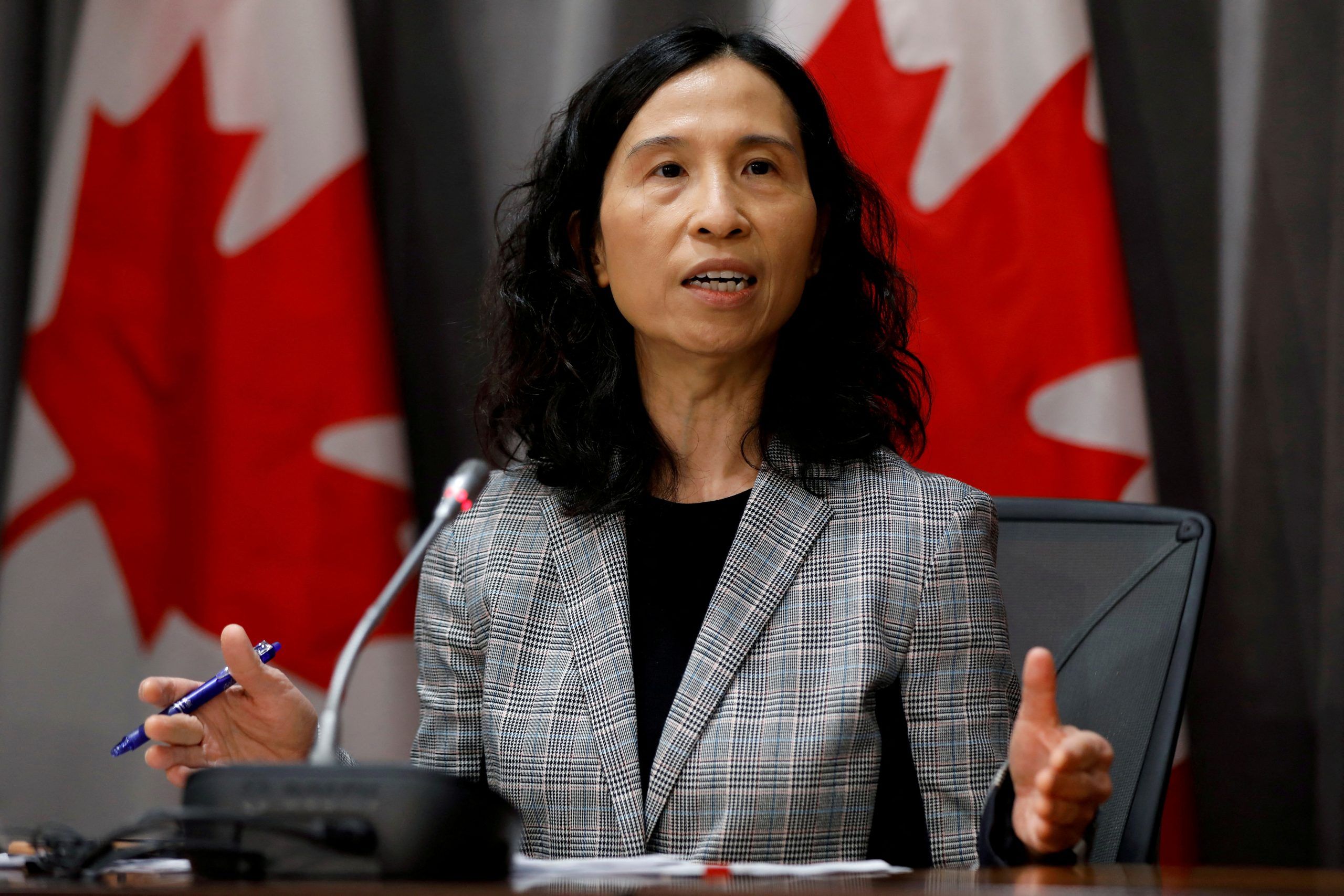 Dr. Theresa Tam, Canada’s chief public health officer, who was thrust into the spotlight when COVID hit, and who has faced criticism for her response to the pandemic, has been reappointed to another three-year term that also comes with a pay raise.

According to an order-in-council as first reported by Blacklock’s Reporter, Tam’s maximum pay has increased to $324,000 a year, up from $265,000 for her previous salary.

The revised remuneration brings Tam in line with other chief medical officers of heath in Canada, “with arguably less complex portfolios than she has,” said Josh Greenberg, a Carleton University professor who studies crisis communication.

The bigger story, said the University of Ottawa’s Patrick Fafard, “is that the government has decided, and Theresa Tam has accepted, to be reappointed as chief public health officer.”

Tam has been criticized for not moving quickly on emerging evidence, repeating early in the pandemic that the risk to Canadians was “low.” “It’s going to be rare,” she said on Jan. 29. The World Health Organization declared SARS-CoV-2 a “public health emergency of international concern” on Jan. 30, 2020, but it wasn’t until Feb. 24 that Tam said signs were “concerning” and that the “window for containment” was closing.

She initially dismissed the notion of having travellers from COVID-19 hot zones self-isolate for 14 days, warned against “stigmatizing” communities and said masks for private citizens provide a “false sense of security” and weren’t helpful if people weren’t sick or showing symptoms.

Last year, Canada’s auditor general found the Public Health Agency of Canada was woefully unprepared to respond to the pandemic, despite decades of warning, that it “underestimated the potential impact of the virus at the onset of the pandemic” because of a deficient assessment tool and didn’t have the faintest idea what became of nearly 60 per cent of travellers suspected of flouting quarantine orders. “This is not a success story,” auditor general Karen Hogan said.

But Tam also has her fans. There’s a large mural painted of Tam and B.C.’s Dr. Bonnie Henry in Vancouver’s Gastown. A report from Carnegie Endowment for International Peace comparing Tam’s performance to two other key public health experts — top U.S. doctor Anthony Fauci and England’s Chief Medical Officer Chris Whitty — noted Canada has experienced lower rates of infection and deaths than both the U.K. and the U.S.

“She didn’t get herself into too much hot water and any controversies would be difficult to say were her responsibility alone,” Fafard said. “While she’s the public face of the public health advice to the government of Canada, she’s just one person. There’s all of the agency. It’s kind of a group effort. We should be careful in attributing things we don’t like just to her.”

Tam held to her position that people shouldn’t panic and that the risk of COVID to Canadians was low until early March 2020. “The problem was the thing was moving so fast that within a couple of weeks, the risk was much greater,” Fafard said. “Provincial governments turned on a dime in March as everyone began to realize how significant this was. Everything was fine until it wasn’t.”

From a public health and “good governance” perspective, he added, “while the pandemic is ongoing, it’s probably not a good idea to change your key people. Re-appointing her kind of makes sense, because this ain’t over.” Tam has also managed to maintain, more or less, the confidence of the public health community, Fafard said.

“Yes, there are individual public health physicians, and goodness knows any number of family docs, who think that government policies, in general, and the federal policies, in particular, are wrong-headed, and they’re quite critical of Dr. Tam. But she’s managed to not alienate public health experts writ large. Which is really important.”

In a statement to the National Post, Health Canada said Tam “looks forward to continuing to serve Canadians” as chief public health officer.

“Having served in the role since 2017, Dr. Tam has steadfastly provided expert public health guidance and advice throughout the COVID-19 pandemic. Her advice has been consistently based on the latest evidence and evolving science,” the department said.

“As Canada’s CPHO, Dr. Tam has worked tirelessly to support people in Canada in achieving optimal health, including advocating for an equity approach and championing the reduction of health disparities in key populations in Canada.”