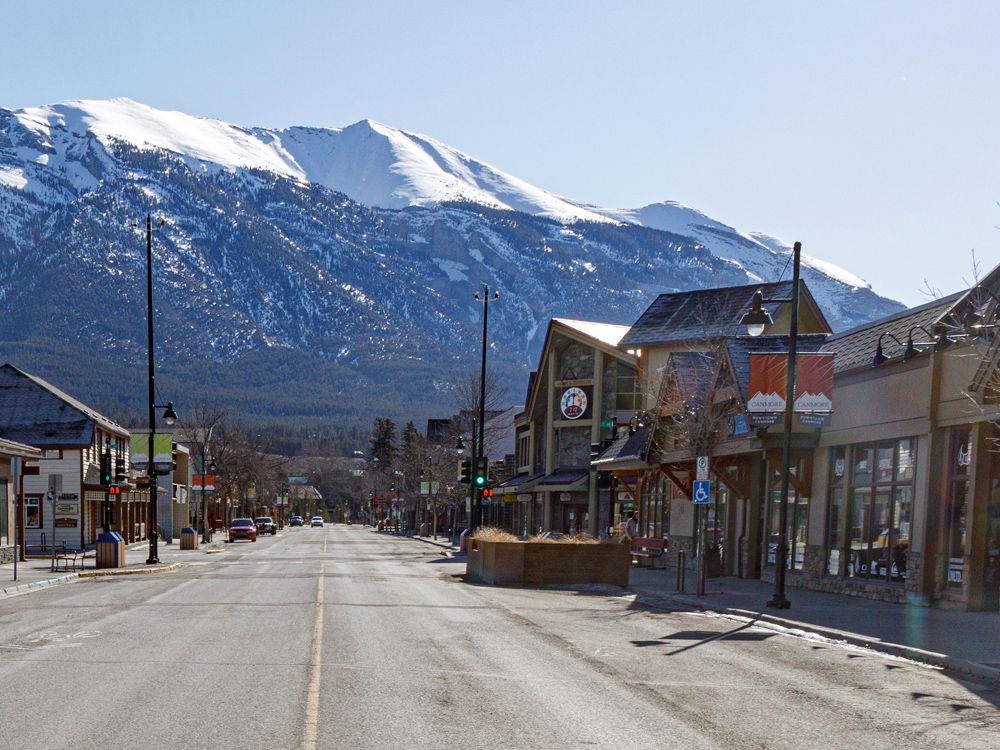 The picturesque mountain town of Canmore is considering a bylaw that would ban businesses from keeping their front doors open during colder months, part of a larger strategy to fight climate change.

If the proposal is adopted, it would follow the lead of neighbouring Banff, which has a $150 fine for shops that do not keep their doors shut between the Tuesday after Thanksgiving and the last Friday in April — unless temperatures rise above 10 degrees Celsius.

Back in June, the Bow Valley Clean Air Society made such a request of Canmore town council, citing businesses on main street that were keeping their doors open during the winter to attract customers. The group had asked that the bylaw be in effect when temperatures drop below 15 degrees C, which would cover from approximately early September until late June, said Hal Retzer, a member of the group.

The Canmore bylaw has yet to be developed, but, at an early July meeting, council passed a motion asking for Canmore’s bureaucrats to study the issue.

While the motion received unanimous support, councillors expressed concern that it would be necessary to use such a “heavy handed” measure to convince businesses to keep the heat indoors and lower their energy usage. Canmore Mayor Sean Krausert said council has, by no means, actually decided to adopt such a bylaw.

“One important thing to note is during the discussion of the, of this, particular motion, it was stated by many on council … that we would prefer pursuing education first, and so making sure that we involve the business organizations in town,” Krausert said.

Still, he said, it fits in with the town’s overall climate change goals.

“I think right now we’re in an exploratory mode and working with the business community to determine how best to resolve the issue of open doors that needlessly results in GHG emissions,” said Krausert.

It would be devastating because it’s not very welcoming

“We’ve talked to many people in Canmore that have businesses and we all agree, closed doors, no people coming in — they will stand there like they’ve never seen a door before,” said Ritchie. “It would be devastating because it’s not very welcoming.”

Retzer said in an interview that back in 2018 or 2019, the group had noticed businesses with their doors open, even when it was cold outside.

Since the group’s objective is to promote the reduction of greenhouse gas emissions, they decided to see if they could convince businesses to keep their doors shut. After all, if warm air is leaking out, more energy will be needed to keep a space warm.

“We went door-to-door back then, went to a number of shops in downtown Canmore and Banff, and had pretty limited success in actually getting any shops close their doors,” said Retzer. “And most of the reasons given were it’s a perceived advantage if your door’s open. It sends a message they were open for business.”

This winter, Retzer said, the group did surveys through downtown Canmore, tracking doors that were open and the temperatures, so that they could do some calculations on what the excess greenhouse gas emissions might have been from the open doors.

“It’s super easy to mitigate, it’s just a matter of closing some doors,” Retzer said. “A number of shops have said that, ‘If other people, other shops keep their doors closed, we will happily keep our doors closed.’ But there’s this there’s a sort of perceived advantage that everybody has to have their doors open to attract business and but of course if everybody keeps their doors closed and nobody has that advantage.”

The group came before town council in June, said Krausert, and presented their research on the impact of open doors. Over the course of the group’s surveys, which they did between March 3 and 23, 2022, they found 184 instances of open doors, largely along the town’s main street.

The group calculated that the open doors could be contributing up to 32 tonnes of greenhouse gases each year, which is, the report said, the equivalent of 53 round trip flights between Calgary and Toronto. According to the government, Canada’s total emissions in 2020 were 672 megatonnes of carbon dioxide, an 8.9 per cent decrease from 2019, largely due to the pandemic. Canada’s per capita household emissions were 4.1 tonnes per person in 2018.

In neighbouring Banff, where a closed door bylaw will come into effect after Thanksgiving, Michael Hay, the town’s manager of environment and sustainability, said it’s not going to have a huge effect — but it’s something.

“They seem small, but tackling climate change is really about thousands of small actions. There’s no one silver bullet,” said Hay.