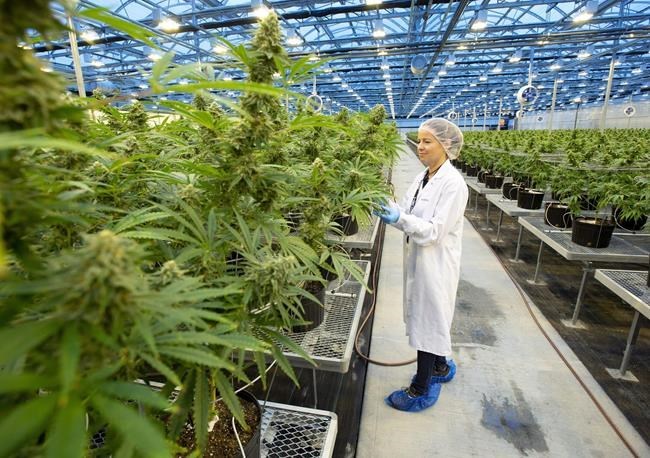 Hexo Corp. reported a net loss of $690.3 million as it recorded $616 million in one-time impairment charges in its latest quarter as it worked to turn around the cannabis business. The Gatineau, Que.

Hexo Corp. reported a net loss of $690.3 million as it recorded $616 million in one-time impairment charges in its latest quarter as it worked to turn around the cannabis business.

“We are making substantial progress on our plan in only one quarter and it is yielding results,” Hexo chief executive Scott Cooper told analysts on a Friday call.

Cooper has been at the helm of Hexo since co-founder and chief executive Sebastien St-Louis left the company in October, as it struggled to quell losses and auditors raised “substantial doubt about its ability to continue as a going concern.”

The company has since been found non-compliant with minimum bid price requirements set out by the Nasdaq market, which could delist Hexo if the situation does not improve.

Cooper is keen to get the company back on track.

In the second quarter, he orchestrated a 180-person layoff, which he expects to deliver about $15 million on an annualized basis. The cuts largely targeted Hexo’s Stellarton, N.S. facility, which is closing, and the company’s back office, where he found significant overlap with other businesses Hexo purchased.

He has also been fine tuning forecasts so Hexo better connects demand with what it intends to harvest and consolidating its medical business with Redecan’s, one of the key segments that pushed Hexo to buy the company last year.

But these tasks have not been easy or quick.

The company said its second-quarter loss amounted to $1.94 per diluted share for the period ended Jan. 31, compared with a net loss of $20.8 million or 17 cents per share a year earlier.

Net revenue in what was the company’s second quarter totalled $52.8 million, up from $32.9 million in the same quarter last year.

Under the agreement, Tilray will acquire up to US$211 million of senior secured convertible notes that were issued by Hexo. They will also launch a joint venture to provide shared services to both companies.

The company is also looking for some success from its recent efforts to double down on product innovation.

To guide what it releases, it recent surveyed 3,000 Canadians to identify six consumer needs, including products targeted at sleep and items with high potency.

On the same call as Cooper, chief commercial officer Valerie Malone said, “You will start to see the effects of this work in early spring of this year, when you start to see some of the products hitting the market.”

This report by The Canadian Press was first published March 18, 2022.

Companies in this story: (TSX:HEXO, TSX:TLRY)