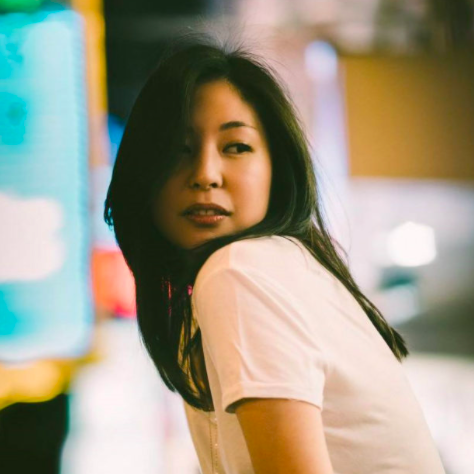 Hong Kong is a place brimming with talented and intriguing people. In our weekly 27 Questions column, we get up close and personal with the city’s notable personalities, learning about their whims and aversions, pivotal life moments, and hopes and dreams — all in roughly the same duration of a casual speed date. This week, we speak to voice actor and director Catherine Fu.

Born in Texas, but raised in Hong Kong and New York, Catherine Fu is currently working as a voice actress in Hong Kong. Although she once aspired to be a Broadway star, Catherine found her talent and passion for voice acting. Since her first project, she has branched out to explore her talents in other forms of voice acting. From voicing video games to Disney commercials and Doraemon, Catherine has covered almost every aspect of the voice acting industry, and hopes to achieve more.

Wanting to reunite with her family in Hong Kong, Fu decided to leave New York after studying theatre at NYU. Returning to Hong Kong, the theatre scene offered fewer opportunities and possibilities than that of New York, and she faced challenges figuring out her direction in Hong Kong. In the time she needed to settle in and redefine herself, Fu was luckily introduced to a voice acting and dubbing-script director position. Although initially hesitant and unenthusiastic, Catherine gave it a shot and surprisingly found her advantages in the area.

“One reason I stuck with it is that I’ve never been an office job person. Voice acting is something different; I never do the same thing, I’m constantly doing new characters, go to lots of different studios, always meet new people, so it’s just different every day,” says Fu.

With her entry into the industry, Fu went on to produce several Japanese anime cartoons, Disney commercials, video game voices, and even children’s toys. “I love doing commercials for Disney, because I just absolutely love Disney. I’ve done a couple of cartoons which was a fun experience because they are very well-known, such as Doraemon and Chibi Maruko-Chan!”

Fu has also branched out to lend her voice to the audio tours at the newly opened Central Market, another new addition to her diverse portfolio.

As small as the industry is Hong Kong, Fu sees the benefits and joys in it. “I think I’ve pretty much met everyone that works in the industry here. It’s always either you know them directly, from someone else, or you’ve worked on a series with them and heard their voice, but never directly met them. So, it’s a very small industry but it’s definitely fun, and because we all know each other, we do look out for each other.”

Fu shared a peek behind the scenes of the voice dubbing realm, adding that she often is tasked with recording multiple different voices in the same day.

“[In the US], you play one or two roles, especially if you’re the main character. But in Asia, they tend to use volume dubbing. So we don’t record one episode a day, we do around four,” says Fu. “It’s very much focused on blasting through several episodes and scenes per day. So, we would end up doing eight voices per person, so it’s tough, really.”

1. What is your life motto?

If it doesn’t have sugar in it, it’s not worth eating.

2. What was your first job?

My first real paid gig was a photo shoot for Electronic Gaming Monthly in New York. I had to stand in the freezing cold in Times Square in silver makeup and a sleeveless top holding a PlayStation and Nintendo box.

This is going to sound so cliché, but it’s my mom. She’s gone through some tough times and just has this strength and resilience that I find so admirable. She hasn’t let anything take away her spirit and joy, and it’s something I hope one day I’ll be able to say about myself as well.

4. If you had to describe Hong Kong in one word, what would it be?

5. What is your drink of choice?

Champagne. Give me champagne. All day. Every day.

6. What is your biggest regret in life?

Not having tried to do Broadway and film and New York right after university.

I have never felt that way! I was actually shocked that anyone would want to interview me. I kept thinking, “But why? I haven’t done much.”

8. What do you hate most about living in Hong Kong?

It’s small. In every way.

9. What makes someone a real Hong Konger?

When all the other cities you live in or visit feel slow, and you start to complain about places closing too early and being too far (even if it’s just a 20 minute subway ride away), you know you’re a real Hong Konger.

10. What is your biggest guilty pleasure?

I want to say something cool that will make me sound cool but I’m about to fail miserably. I like to watch crime shows and murder mysteries at 2am. I’ll binge anything from Criminal Minds (which I’ve seen a gazillion times) to those corny Hallmark murder mysteries.

11. What is one movie everyone should see?

The Lord of the Rings Trilogy. It’s so epic and beautiful.

I wake up as late as possible, have an iced coffee, walk around with my husband, order takeout and watch TV.

13. What energises you about your work?

It’s always different every day. I never do the same thing. I go to different studies and do voices for cartoons, films, games, commercials, et cetera. I also get to direct dubbed cartoons and movies, so it’s never boring and there’s a lot of variety! It’s also cool to be able to be part of a movie or video game during the development phase. And hearing my voice come our of a toy or a phone line is pretty surreal!

14. Who is the best teacher you’ve ever had, what is one important lesson that they taught you?

I’ve had a few teachers who really made an impact on me. When I was in primary school it was Mr. Thomas. I’m not sure what he taught me but I remember I loved him, so it must have been something important! And when I was in high school it was Mrs. Stearns. She nurtured my love for theatre.

15. How many countries have you been to?

I’ve never actually sat down to count. I’ve been really fortunate and I’ve been able to travel a lot, so I’d say over 60 countries.

16. If you could live anywhere else in the world, where would it be?

Paris. I barely speak any French but it doesn’t matter. I’ll bumble along just fine as long as I can live there.

17. Have you ever experienced love at first sight? Tell us about it.

Only with dogs! Every time I’ve gotten a dog, I just knew it was meant to be mine. From the first lick on the nose or paw to the face, I could just feel it.

18. Start your life again at age 15 with all the knowledge you have now, or fast forward 10 years?

19. If you could do it all over again, what is one thing you would do differently?

I would stand up for myself more than I did when I first started out. I used to be afraid to ask for what I wanted or to voice my opinion, in case I never got hired again. It took me a long time to get over that fear.

20. What is one song you know all the lyrics to?

“Part of Your World,” from The Little Mermaid.

21. If you were a TV show character, who would you be and why?

Monica from Friends. My friends have been calling me that forever. I’m ultra-tidy, I cook and bake and am very type-A (read: bossy).

22. When was the last time you felt starstruck?

Never. I’ve been excited to meet celebrities but never really starstruck. Plus, it’s always a bit of a letdown.

23. If you could snap your fingers and fix one thing about the world, what would it be?

Racism. I’ve been on the receiving end of it and I’ve also seen it directed at people I know.

24. What is a relationship deal breaker for you?

Not sleeping in the same bed. It’s the beginning of the end…

25. What’s the scariest thing you’ve ever done, and why?

Bungee jumping! I had to be pushed off the crane by the guy because he knew by looking at my face that I wasn’t going to jump on the count of three. All you could hear was me yelling the f-word all the way down. But I was so glad he pushed me off, because I loved it! That moment of absolute moment of silence and weightlessness when you’re kind of suspended at the top is something I’ll never forget.

26. If you could invite any five people in the world to your dream dinner party, who would they be?

27. What is the top destination on your bucket list?

The Galapagos Islands. I love the sea and marine life. I’ve been diving with sharks (little ones), rays and schools of tuna, but never with sea turtles and sea lions.