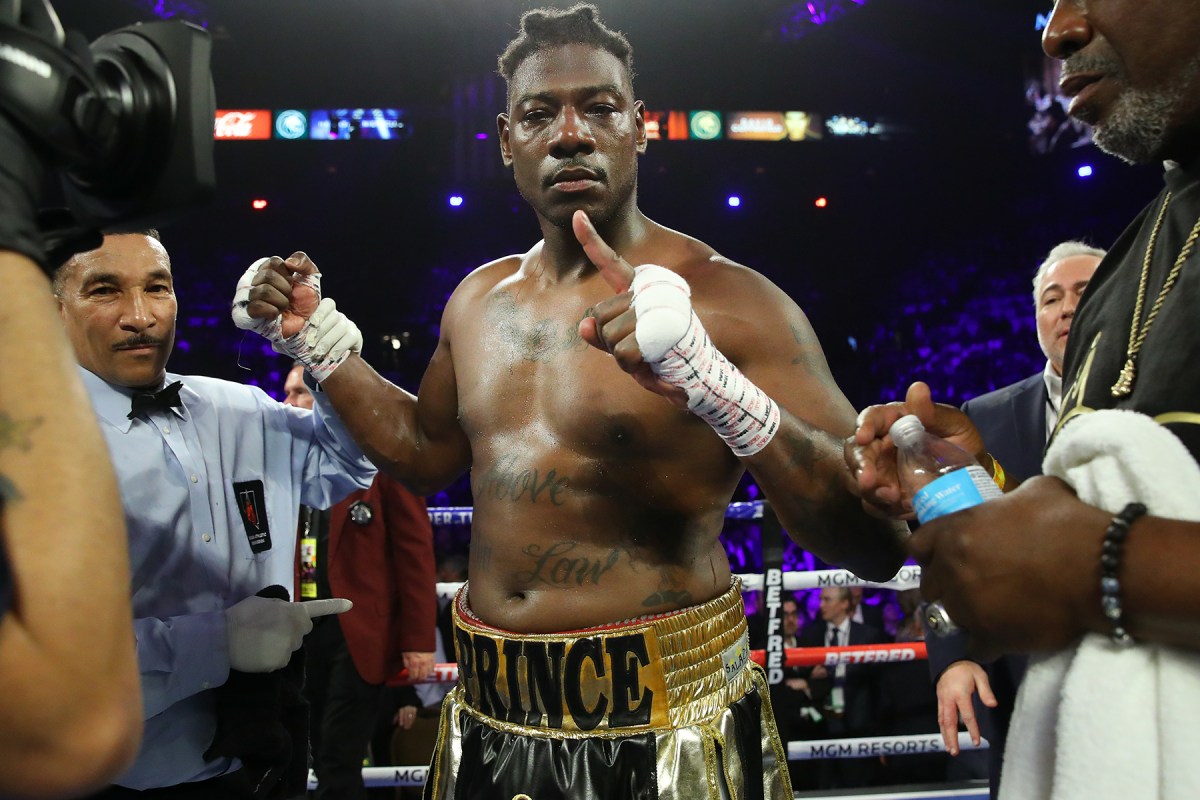 Charles Martin is ‘desperate’ to avenge his loss to Anthony Joshua as he prepares to face dangerous Cuban Luis Ortiz.

Martin, who held the IBF world title in 2016, was unceremoniously knocked out by the Brit in just two rounds as his pithy title reign was brought to a pathetic end.

Since then, ‘Prince Charles’ has worked tirelessly in a bid to restore his reputation and won five of his past six fights.

A second date with destiny potentially awaits when he faces Ortiz on New Year’s Day in Hollywood, Florida in an IBF title eliminator.

Joshua is currently preparing himself for a fight, a rematch with Oleksandr Usyk in ‘either March or April’ in his bid to regain the IBF, WBO and WBA titles which were wrenched from his waist in September.

Martin’s manager Mike Barao believes the Ukrainian is likely to retain those belts in the rematch, but hopes for the sake of his client they will be brought back to Britain.

“Charles desperately wants to fight and KO Joshua before he retires. He’s been focused on that singular goal since 2016 – it’s what motivates him and it’s the reason why he will beat Luiz Ortiz.

“Charles will do whatever it takes to become two-time heavyweight champion, including fighting a second IBF eliminator against one of the most avoided heavyweights in the world.”

Martin last fought on the undercard of Tyson Fury’s destructive display against Deontay Wilder back in February 2020, stopping Gerald Washington in devastating fashion.

Barao admits it has not been easy for the southpaw slugger from Missouri, having tried to organise fights against both Andy Ruiz Jr and Dillian Whyte in an attempt to make a statement victory.

“Charles instructed me to match him against the only fighter to KO Joshua, Andy Ruiz,” said Borao.”I tried very hard to make a fight against Andy, but he refused.

“We also tried to make the fight against Dillian with no success – and thank goodness, given his most recent withdrawal [from the Otto Wallin fight due to injury].”