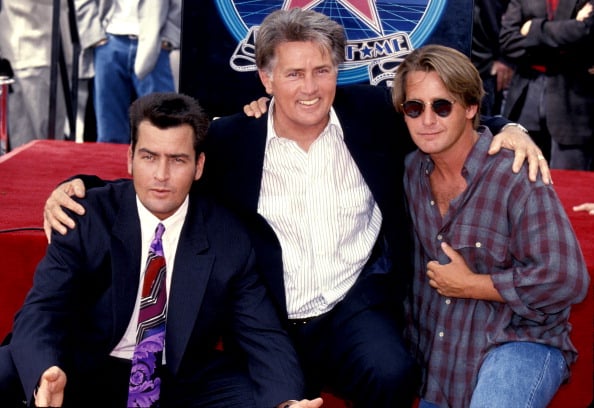 Everybody’s heard of Charlie Sheen, be that in the news, or because of Two and a Half Men – but did you know his real name and relation to Emilio Estevez?

Charlie Sheen has been a star of TV and Film for the last few decades, but not many people have heard of Carlos Irwin Estevez, the actor’s real name. After knowing Charlie Sheen’s real name, it’s much easier to see how he and Emilio Estevez are brothers.

Why change his name?

The actors’ father is Ramon Antonio Gerardo Estevez, or the better known Martin Sheen. Martin Sheen took on the stage name early on in his career to help him gain acting parts. Using the name of his casting director, Robert Dale Martin, and archbishop Fulton J. Sheen, he became known as Martin Sheen.

In 2003 he told Inside The Actors Studio: “Whenever I would call for an appointment, whether it was a job or an apartment, and I would give my name, there was always that hesitation and when I’d get there, it was always gone. So I thought, I got enough problems trying to get an acting job, so I invented Martin Sheen.”

“It’s still Estevez officially. I never changed it officially. I never will. It’s on my driver’s license and passport and everything. I started using Sheen, I thought I’d give it a try, and before I knew it, I started making a living with it and then it was too late. In fact, one of my great regrets is that I didn’t keep my name as it was given to me. I knew it bothered my dad.”

Martin Sheen’s background stems from his father. Both his parents were immigrants; though his mother was Irish, his father was Spanish.

Who is Emilio Estevez?

Emilio Estevez and Charlie Sheen are full brothers. Emilio rose to fame in the 80s in films such as The Breakfast Club. Unlike his other siblings, he decided not to adopt his father’s stage name and pursued a career with his birth name. He supposedly took a liking to the alliteration of his name and was keen to show his Spanish heritage.

He told Talk Stoop With Nessa: “When I began to get into this business we [he and his father] had that conversation and he said don’t make the same mistake as [his father] did.”

In fact, even four of his children have taken on the stage name too. Though the actor toyed with reverting back to his given name in 2013, all his social media have kept his stage name. Perhaps it was too late in his career to change it, just as with his father.

In other news, Lil Tjay’s net worth explored as rapper undergoes surgery after shooting