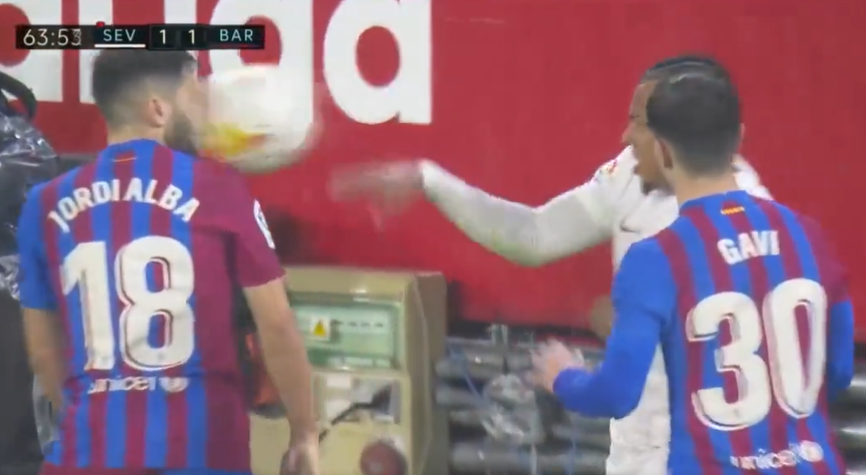 Chelsea target Jules Kounde was guilty of losing his rag as he was shown a straight red for angrily throwing the ball at Barcelona star Jordi Alba’s face.

The French centre-back was sent for an early bath as he let his temper get the better of him in a fiery LaLiga contest between Sevilla and Barca.

Kounde was keen to retrieve the ball as it rolled out for a Sevilla throw in, however, Alba nudged his opponent as he went to pick it up.

Kounde saw red at that point as he fired the ball square into Alba’s face and the referee had no choice but to brandish the red card.

Below you can see how the crazy incident unfolded.

His antics didn’t cost Sevilla the game though as it finished 1-1, which was the score at the time of the shocking incident.

However, interested clubs including Chelsea may think twice about signing Kounde as a result of his bad-tempered behaviour.

Chelsea were heavily linked with Kounde in the summer, however, the move fell through with Sevilla reportedly blocking it.

This didn’t sit well with Kounde, who reportedly stopped talking to Sevilla boss Julen Lopetegui after the transfer collapsed.