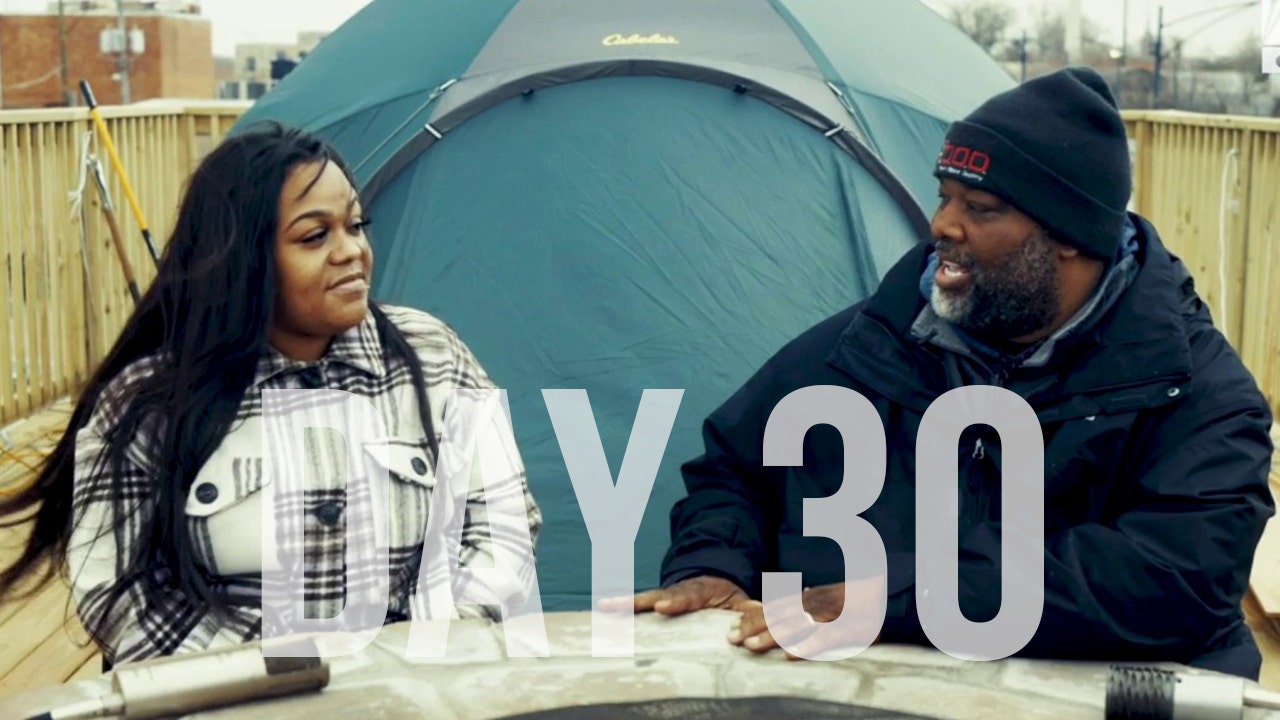 CHICAGO – There are countless youths in America who experienced extreme violence at a young age. After the violence passes, the youths are left with trauma and often with no one to lean on. The unfairness of it all is that these innocent people did not ask to be put in this position, but they are, and they must somehow find their own way forward or be consumed by the trauma.

“My mama was murdered by her boyfriend when I was 14,” she said.

She took time out of her workday to visit Pastor Corey Brooks on the 30th day of his 100-day rooftop vigil to raise funds for a new building that will one day house his community center, Project H.O.O.D. (Helping Others Obtain Destiny).

She said she ended up in a group home where she felt lost and abandoned. She had no loved ones to steer her right and she “ended up going down the wrong path” and left the home.

“I wound up pregnant at 15, had my daughter at 16, and I ended right back up in the group homes again,” Wilkes said.

“And then you had another daughter at what age? 21?” the pastor asked. “So here you are with two little girls and your mom is gone.” There was no judgement in the pastor’s voice, only compassion. After all, no one can truly say how they would react or behave until it happens to them.

Wilkes said she started becoming aware of her surroundings and the people in her life. She saw the self-defeating paths they took and decided that she must right her own path for the better.

Wilkes’ outlook on life mirrored the pastor’s. Like her, he saw what was happening on the streets on the South Side of Chicago and decided things didn’t have to be the way they are. They both decided to be the change to end the cycle of violence and poverty.

“You could have easily made an excuse and said, ‘Well, my mom was in this situation and this happened and I had a baby’ … but you didn’t,” the pastor said. “Matter of fact, you have done so well that you went to school and what are you doing right now?”

“I was a CNA [certified nursing assistant] for seven years,” Wilkes said. In 2018, she shifted her career path to the security field and now works at a children’s hospital as a security officer. However, she said she’s far from done with moving up through the ranks in society. Her dream job is to become a police officer on the streets of Chicago.

Wilkes smiled for she knew that this was a career path most would not expect her to take. Then again, most people never expected her to make it this far. Only she expected that of herself.

She felt that it was important for her to join the police force because “you’re not going to know how to relate to nobody out here unless you actually been out here in these streets and you really walked these streets … you got to relate.”

The pastor smiled warmly at her.

“I love you. I believe in you,” he said. “You epitomize what we’re trying to do with the sisters and the neighborhood. Just because you make a mistake or just because some stuff happened to you in your past, you can still be successful. You can still make it and you can achieve all your dreams. And I believe you gonna be one of the best police officers that we’ve had in our neighborhood in a long time.”

Eli Steele is a documentary filmmaker and writer. His latest film is “What Killed Michael Brown?” Twitter: @Hebro_Steele.