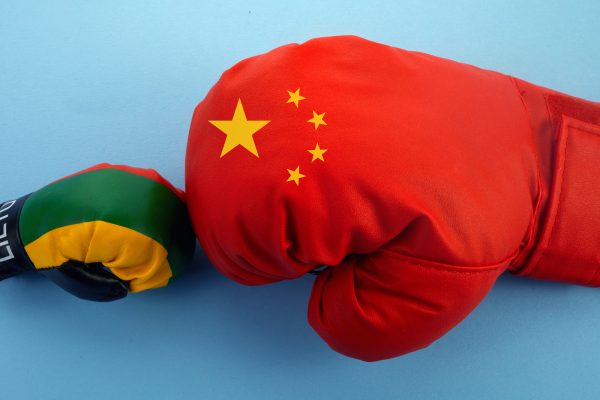 Europe must resist Chinese economic coercion with one voice.

China’s recent escalation of economic sanctions against Lithuania underscores the need for a coherent EU response. As Vilnius deepens ties with Taiwan, a direction entirely in line with EU policy, Beijing is aggressively pushing back by blocking all imports from Lithuania and threatening multinational corporations to fall into line or be excluded from the Chinese market. The EU’s response to such coercive measures targeting a member state is a test case for the normative power and aspiring global actor.

Cracks first appeared between Vilnius and Beijing in May 2021, when Lithuania withdrew from China’s 17+1 platform with Central and Eastern European countries and announced that its capital would soon host a “Taiwanese Representative Office.” As other such Taiwanese outposts in Europe adopt the term “Taipei” to avoid vexing China, the nomenclature of this proposed mission set off alarm bells for Chinese authorities, who claim sovereignty over self-governing Taiwan.

While Lithuania’s announcement was in line with its and the EU’s long-held one-China policy, which recognizes the People’s Republic of China (PRC) as the sole representative of China but allows unofficial ties and cooperation with Taipei, evidently this was not satisfactory for Beijing. China demanded that Vilnius “put right its mistake” and recalled its ambassador, halted all direct freight trains, restricted Lithuanian agricultural imports, and eventually downgraded its representation to the chargé d’affaires level.

The ongoing saga between Vilnius and Beijing is a test case for larger problems facing the EU. Against the backdrop of rising global use of coercive trade measures, the need in the EU for a common strategic culture encompassing foreign and security policy is more profound than ever. In the wake of unveiling its first anti-coercion instrument, the EU needs to explicitly signal that trade coercion toward a member state affects the common market as a whole, and will be met with Union-oriented action. Failing to do so will encourage external actors to seek to divide and undermine the interests and rights of the bloc and its members. The EU must speak with a single and unequivocal voice, affirm that such coercive measures are prohibited under international law, and declare China’s trade restrictions against Lithuanian exports a breach of its WTO obligations.

The EU must make clear that it will not allow Beijing to dictate its China policy. Moreover, if the full deterrent effect of the Anti-Coercion Instrument (ACI) is to be realised, the European Commission needs to translate statements of support and solidarity into action – starting with an examination of China’s trade measures against Lithuania. The EU should seek the cessation of such coercion via open engagement, for instance through negotiation and mediation, and should that fail, get ready for response measures including the possible suspension of tariff concessions.

Importantly, both the Union and other member states, such as Germany and France, are bound by loyalty and solidarity obligations to protect fellow member states against unlawful transgressions that seek to divide and discredit the Union. Only by doing so will the EU, a supranational organization that aspires to be a normative power and is pursuing a rule-based order, safeguard its values, fundamental interests, security, independence and integrity.