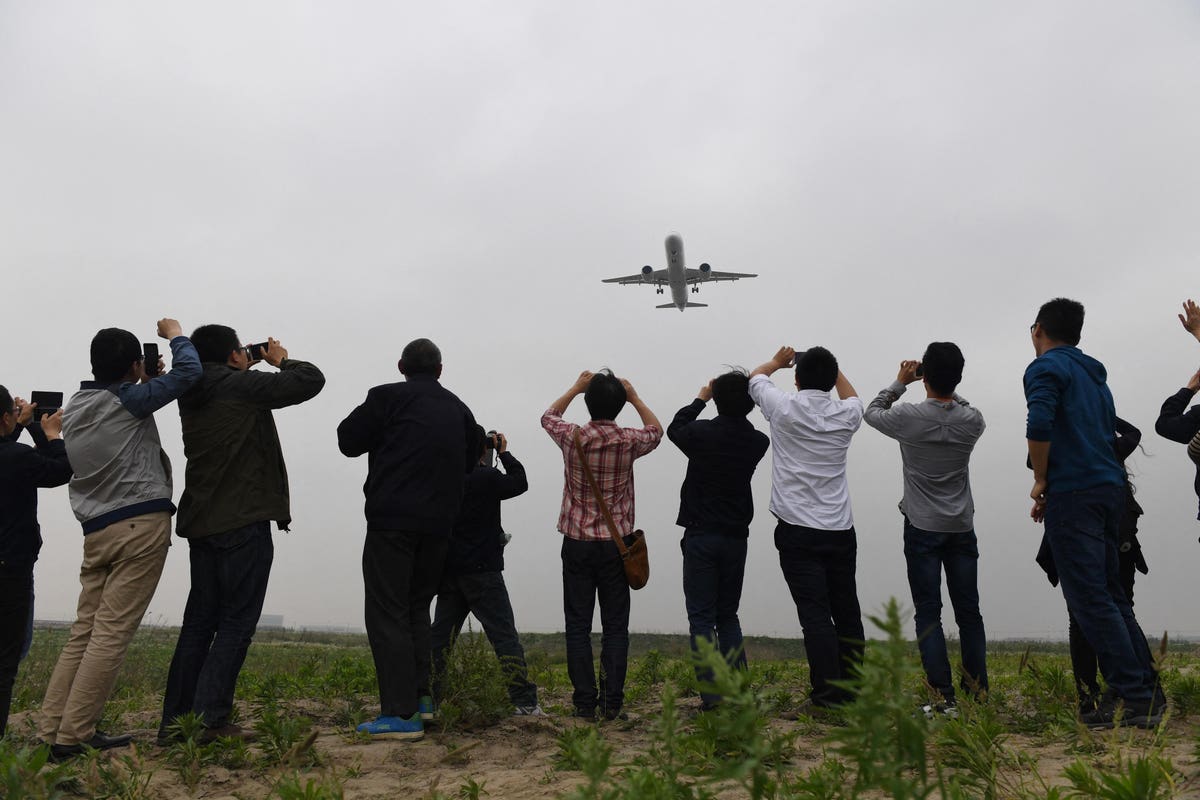 China wanted its own large passenger jet. After spending decades fattening the pockets of overseas manufacturers Boeing and Airbus, the Chinese Communist Party decided in its 2006 five-year plan to sink whatever resources it took to supply one of the world’s fastest-growing air-travel markets with homegrown planes.

The result: Sixteen years and tens of billions of dollars later, a single-aisle airliner called the C919 sits on the runway, poised for Chinese regulatory approval to challenge the Boeing 737 MAX and Airbus A320neo in the hottest part of the commercial jet market. One of the six test planes is expected to be put into service by China Eastern Airlines by the end of the year.

The hitch: Because foreign suppliers were reluctant to provide state-of-the-art components due to fear that the Chinese would knock off their technology, the C919 isn’t the kind of cutting-edge product that’s keeping its Western competitors awake at night — at least not yet.

“The C919 is yesterday’s technology available today,” aviation consultant Michael Boyd told Forbes. “Domestically, the open question is how much damage the [Chinese Communist Party] will do to Chinese carriers by forcing them to fly these things.”

The Chinese government is believed to have sunk eye-popping sums of money into the Commercial Aircraft Corporation of China (Comac), which was tasked with developing the C919, as well as a smaller regional jet that’s already on the market and a wide-body plane in a partnership with Russia that’s made minimal progress. Scott Kennedy, an expert on the Chinese economy at the Center for Strategic & International Studies in Washington, estimates Comac has received between $49 billion and $72 billion from its founding in 2008 to 2020. Six years past the date the C919 was expected to be in service, any commercial logic the project may have had initially has taken a back seat to politics and national pride, Western observers say.

“Xi Jinping has basically attached himself to this plane,” Kennedy told Forbes. “Its price tag or time doesn’t really matter very much as long as they produce a plane.”

While a Chinese flag may adorn the airframe and wings, which were made in China, what distinguishes planes nowadays is the technology inside them – and for that the C919 has had to rely largely on foreign suppliers. Of roughly 80 primary suppliers listed on Airframer.com, just seven are Chinese while seven are joint ventures between foreign and Chinese companies, Kennedy notes.

While it’s not clear what grade of technology Western companies have supplied, it’s believed to have been tempered by reluctance to aid the growth of Chinese competitors and fears of intellectual property theft that were underlined by the federal prosecution last year of a Chinese spy targeting aerospace companies. “A supplier would have to be out of their mind to provide the latest and best,” said Richard Aboulafia, a consultant with AeroDynamic Advisory.

Perhaps the most important piece – the engines – comes from CFM, a joint venture of General Electric and France’s Safran. CFM says the C919’s engine is a variant of the company’s top-of-the-line LEAP engine. Aboulafia suspects it’s actually an upgraded version of the older CFM56. A state-owned Chinese company is also developing an engine for the C919.

Partly as a result of second-tier technology, the C919 comes up well short in one of the key areas of performance: range. Comac says the airliner will be able to fly about 2,500 nautical miles, roughly a third less than the Airbus A320neo and the Boeing 737 MAX.

That rules out using the C919 on hundreds of routes around the world already being served by the A320 and 737 MAX, which Boyd said is a deal-killer for selling the plane overseas.

The C919’s list purchase price may be lower — 653 million yuan, roughly $90 million — but it’s expensive and time-consuming for airlines to train pilots and mechanics to switch over to a new aircraft type, said Boyd. “Without any corresponding reduction in operating cost or an advantage in performance compared to the A320 or 737, it makes zero business sense to acquire the C919,” he said.

Comac has announced hundreds of domestic orders for the C919, but they’re skewed heavily toward Chinese financial institutions. “Those are meant to help the team,” Kennedy said. Observers doubt the solidity of many of the orders, as well as the ability of Comac to rapidly ramp up production. The aerospace consultancy Teal Group projects that it will produce 39 planes through 2029.

The Chinese economy may be slowing and Covid restrictions are depressing travel, but in the long-term many industry watchers still expect Chinese airlines will need a lot of Western planes. Boeing forecasts that China will take delivery of 8,485 passenger jets over the next 20 years, accounting for roughly 20% of the global market.

The share Boeing might get of that is in doubt, with the Chinese government freezing deliveries of the U.S.-based company’s planes in the country following the crash of two MAX jets and a U.S. trade war with China begun during the Trump administration.

That trade war has contributed to the delays in getting the C919 to the regulatory finish line. Since late 2020, the U.S. government has mandated that U.S. companies apply for special licenses to export to any entities linked to the Chinese military.

A risk for the Chinese government is that if the U.S. grows frustrated over what it perceives as unfair competition – like, say, mandating that Chinese airlines buy domestic planes — it could shut off component sales entirely. A warning shot was Canada’s refusal last year to approve an export license for engines made by Pratt & Whitney Canada for an 80-seat turboprop plane under development by the Xi’an Aircraft Industrial Corporation. It would take China ten to 15 years to remake the C919 with all-Chinese content, Aboulafia estimates.

The optimistic view is that the C919 is an expensive down payment on establishing a foothold in the aerospace industry that will lead to the development of better technology down the road, but the long development timelines in aerospace mean it won’t pay off anytime soon, Kennedy said, unlike China’s successful efforts to climb the value chain in faster-paced industries, like wireless telecom equipment. “This is going to look like a white elephant for quite a while.”

Airbus CEO Guillaume Faury said last year that it will take time for Comac to demonstrate the reliability and maturity of the C919, but he expects it will take at least some market share. “We will go from a duopoly to a triopoly in one-aisle planes probably by the end of the decade,” he said.

Boyd believes the Chinese commercial aerospace industry is essentially still at square one.

“China is not behind in regard to airliner programs,” he said. “Actually, they haven’t started.”