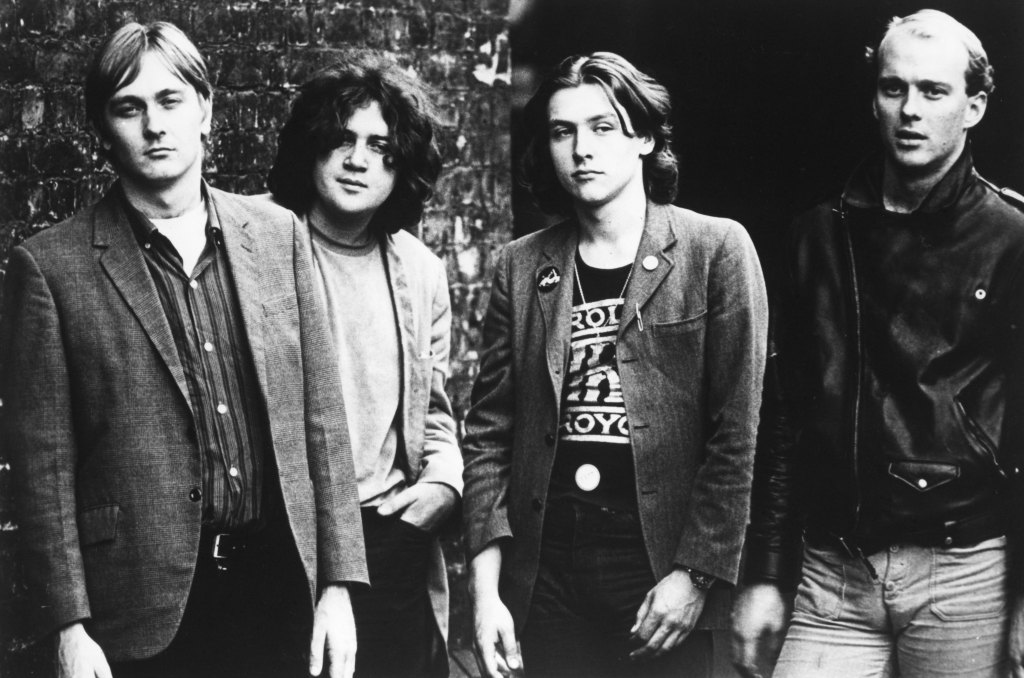 Chris Bailey, frontman of the Saints, whose ‘70s single (“I’m) Stranded” was the one of many sparks that lit the punk scene, died Saturday (April 9) on the age of 65.

“It is with great pain in our hearts that we have to inform you about the passing of Chris Bailey, singer and songwriter of The Saints, on April the 9th 2022,” reads a message posted by the band.

“Chris lived a life of poetry and music and stranded on a Saturday night,” reads the put up, referencing Bailey’s well-known music.

Born in Kenya in 1957, and raised in Brisbane, Australia, Bailey fashioned the pioneering punk outfit in 1973 with guitarist and songwriter Ed Kuepper and drummer Ivor Hay.

With vitality to burn, and the songwriting skills to inform their tales, the Saints soaked up the frustration of residing within the culturally-stifling Queensland of premier Joh Bjelke-Petersen and let all of it spill out on (“I’m) Stranded.”

The music was lower in 1976, and launched on EMI the next 12 months within the U.Okay., on the infancy of punk.

Considered one of many first and most influential songs of the punk period, the Saints have been described by Bob Geldof as one of many three bands which modified the Seventies, the others being the Sex Pistols and the Ramones.

Bailey was by no means straightforward with the “punk” tag.

“It’s not so much that we were at the vanguard so much as we were on the periphery,” Bailey informed Billboard in a 2007 interview. “I don’t think any of us were that enamored with the punk tag. However, I can accept that “punk rock” has come to imply one thing over time and if one must be lumped right into a class. I suppose that punky rock is healthier than being perceived as a born-again Christian zealot or a supporter of ‘new Labour’? So in that context I suppose it’s O.Okay. As to new bands, it’s just about similar because it ever was – some bands are nice, some are crap – one shouldn’t neglect that that is showbiz.”

In May 2001, the Australasian Performing Right Assn. celebrated its seventy fifth anniversary and named “(I’m) Stranded” in its Top 30 Australian songs of all time. In 2007, the music was added to the National Film and Sound Archive’s Sounds of Australia registry, and, in 2010, their debut album of the identical identify was listed at No. 20 within the guide, 100 Best Australian Albums.

The Saints’ sound would mature, including horns to the preparations, however by no means shedding the vitality of these early recordings. Bailey loved an extended solo profession, his 1986 music “Just Like Fire Would” lined by Bruce Springsteen on the Boss’ 2014 album High Hopes.

Bailey periodically reunited together with his bandmates underneath the Saints banner for reside reveals in Australia and the U.Okay., and for a number of stints within the recording studio, the outcomes of which have but to see the sunshine of day.

The Saints had been inducted into the ARIA Hall of Fame in 2001. The different act inducted on the night time was INXS.

A mural devoted to the Saints was unveiled in 2017 in central Brisbane, simply across the nook from 4 Petrie Terrace, the spot that served because the Saints’ squat and the cauldron for these fiery early numbers, which included the politically-charged “Brisbane (Security City)”.

Kuepper led tributes to the late singer and punk trailblazer.

“Very sad to confirm the news about Chris Bailey dying on the weekend,” he wrote. “Chris and I met when we were about 14 during detention at Oxley High School and became close friends which later developed into what I always thought was an extremely strong artistic partnership. I couldn’t have hoped for a better singer.”

very unhappy to verify the information about Chris Bailey dying on the weekend. Chris and I met once we had been about 14 throughout detention at Oxley High School and have become shut associates which later developed into what I at all times thought was an especially sturdy creative partnership, 1/2 pic.twitter.com/hQVKKHYgzT

Aussie rock legend Jimmy Barnes wrote, “One of the greatest songwriters this country produced has passed away. His band The Saints were punks before punk. He was a master of words and helped tell our story.”

Bailey contributed vocals to the music “Bring It On,” which appeared on Nick Cave and the Bad Seeds’ 2003 album Nocturama. Bad Seed and Dirty Three violist Warren Ellis remembered Bailey as “one of the best singers” and the Saints “one of the best bands.”

Chris Bailey One of the perfect singers Thé Saints among the finest bands. Vale and thanks Chris. pic.twitter.com/dLxvROvrvc

Sad information that Chris Bailey, entrance man of seminal Brisbane band The Saints, has handed away. The Saints had been inducted into the ARIA Hall Of Fame in 2001. Our ideas are with Chris’ household, associates and followers. pic.twitter.com/wP2i3IiGAJ