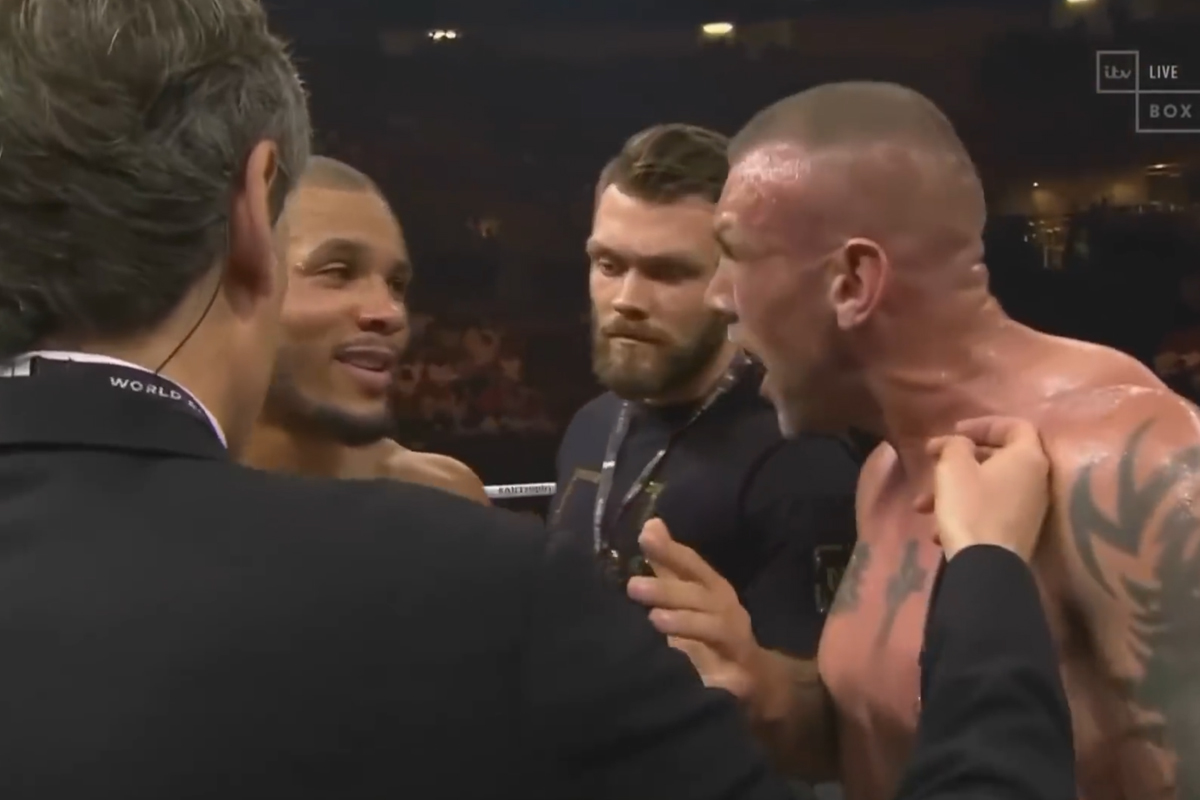 Chris Eubank Jr beat JJ McDonagh and then almost found himself in an immediate rematch – there in the ring.

The pair produced more entertainment in their post-fight interview than they did in their actual fight when they met in 2018.

Eubank Jr responded: “We’re fighters, your shoulder’s bad, I understand, but you’ve gotta pull through these things, that’s the only way you’re going to make it in this game.”

McDonagh hit back: “Not if there’s another seven rounds left. I’d like to see you with a sore shoulder.” Eubank Jr replied: “In my second professional fight I fought with one arm for the entire fight.”

And McDonagh, now visibly getting angry, shouted: “You know who he fought? A journeyman that he could beat with no hands. It’s a difference in this level of boxing.

“Don’t get arrogant. I’m not afraid of you, any time. I’d have a straightener right now with one hand.”