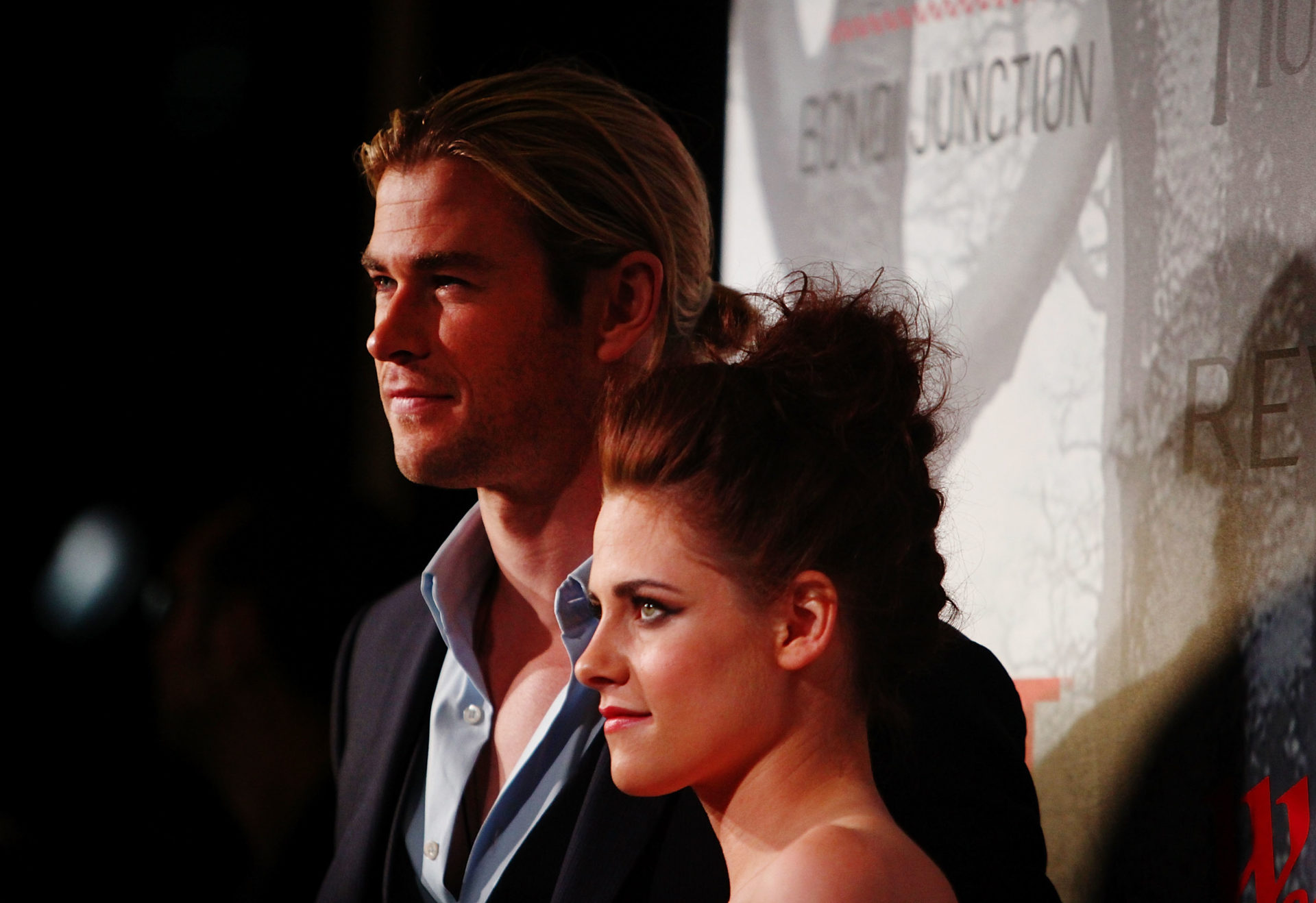 Superheroes, they’re just like us. Though he plays Thor, the Norse god of thunder in the blockbuster Marvel movies, Chris Hemsworth can still get punched in the face.

Breaking down his most memorable characters in conversation with GQ, Chris Hemsworth recalled the time when he was punched by co-star Kristen Stewart while filming Snow White and the Huntsman, a 2012 adaptation of the classic fairytale in which he played the titular huntsman.

As Hemsworth tells it, the Spencer star who played Snow White was distraught after punching him though he wishes she had gone further with the stunt.

Read on for Chris’ account of the incident and more drama from the Huntsman set.

How did the punch go down?

In the movie, Kristen Stewart’s character is supposed to hit Hemsworth, although the stunt was choreographed to just appear real. The MCU star jokingly admitted: “I was more upset [Stewart] didn’t continue on through the take. She kind of hit me and then immediately went, ‘Oh, my God, I’m so sorry.’”

Hemsworth continued, “I was like, ‘That would’ve been the perfect, most truthful take that we had.”

What is the plot of Snow White and the Huntsman?

In the film’s take on the Grimm Brothers’ tale, Snow White grows up imprisoned by her evil stepmother, Queen Raveena (played by Charlize Theron). Snow White eventually escapes and Raveena hires Eric the Huntsman to murder her, but instead he becomes her ally in overthrowing the queen.

Hemsworth spoke of the “brashness” of his character, Eric, saying: “There was a carefree chaotic sort of nature to him which allowed us to have a lot of fun with it.”

He adds that, following the success of the first Thor movie in 2011, he had “an appetite to do some more smaller character-based kind of films where special effects and big action scenes weren’t necessarily the most dominant force.”

What does Kristen Stewart have to say about the Huntsman?

Despite playing Snow White in the 2012 film, Stewart wasn’t invited back for the 2016 sequel, The Huntsman: Winter’s War because of a ‘scandal’ that rocked the set.

In a 2019 interview with The Howard Stern Show, Stewart revealed she wasn’t cast in the unpopular sequel because of her widely-reported affair with the film’s director, Rupert Sanders.

“We lived in a different time then, you know what I mean? I feel like the sl*t-shaming that went down was so absurd,” the Twilight alum spoke candidly in the interview. “And they should’ve put me in that movie! It would’ve been better.”

In other news, Varisu: Everything you need to know as “The Boss Returns” in 2023