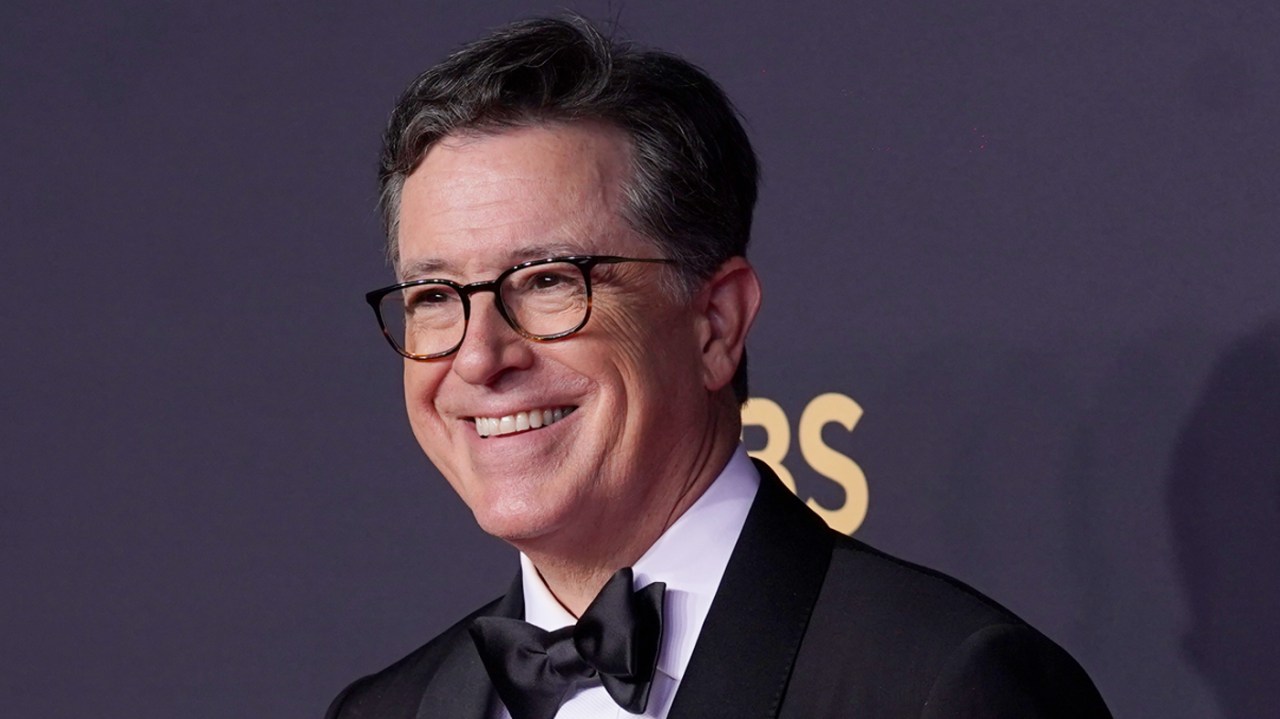 “The Late Show” host Stephen Colbert defended his staff at the top of Monday’s episode after they were arrested by Capitol Police last week, saying the seven people charged with unlawful entry were in reality guilty of nothing more than “high jinks with intent to goof.”

“Last week I heard from my old colleague Triumph the Insult Comic Dog,” Colbert said in his opening monologue. “Triumph offered to go down to D.C. to interview some congresspeople to highlight the Jan. 6 hearings. I said ‘Sure, if you can get anyone to agree to talk to you, because — and please don’t take this as an insult — you’re a puppet.”

Multiple lawmakers from both parties, however, agreed to the sit-downs, Colbert said, adding that “Triumph and my folks shot for two days in congressional offices” after going through security. He emphasized that they were “invited into the offices of the congresspeople they were interviewing.”

“And that’s very important,” Colbert quipped. “You have to invite Triumph in — he works on Dracula rules.”

“Thursday evening, after they’d finished their interviews, they were doing some last-minute puppetry and jokey make-em-ups in a hallway, when Triumph and my folks were approached and detained by the Capitol Police, which actually isn’t that surprising. The Capitol Police are much more cautious than they were, say, 18 months ago, and for a very good reason. If you don’t know what that reason is, I know which news network you watch,” he said.

CBS had confirmed to The Hill on Friday that members of the “The Late Show’s” production team had been detained by Capitol Police after they and Triumph visited the complex Wednesday and Thursday to record interviews.

“Their interviews at the Capitol were authorized and pre-arranged through Congressional aides of the members interviewed,” CBS said.

“After leaving the members’ offices on their last interview of the day, the production team stayed to film stand-ups and other final comedy elements in the halls when they were detained by Capitol Police,” the network added.

U.S. Capitol Police (USCP) said in a Friday statement that at around 8:30 p.m. the day before they responded to a call reporting a disturbance in the Longworth House Office Building, and that seven people were charged with unlawful entry.

“Responding officers observed seven individuals, unescorted and without Congressional ID, in a sixth-floor hallway. The building was closed to visitors, and these individuals were determined to be a part of a group that had been directed by the USCP to leave the building earlier in the day,” the statement read.

“This is an active criminal investigation, and may result in additional criminal charges after consultation with the U.S. Attorney,” it added.

The arrests did not go unnoticed by lawmakers.

“These individuals were arrested and charged with unlawful entry after causing ‘disturbances’ at the offices of several Republican members, including ‘banging’ on their office doors,” Jordan and Davis said.

“The individuals were originally in the Capitol Complex in connection with the activities of the January 6th Select Committee, but it is unclear whether the Select Committee had any involvement in or awareness of these individuals’ planned harassment of Republican offices.”

Responding on Monday night to news reports, Colbert called it “shameful and grotesque” that his staff’s behavior had been compared in the media to an “insurrection.”

“The Capitol Police were just doing their job. My staff was just doing their job. Everyone was very professional. Everyone was very calm. My staffers were detained, processed and released,” he said. “A very unpleasant experience for my staff, a lot of paperwork for the Capitol Police, but a fairly simple story. Until: the next night when a couple of the TV people started claiming that my puppet squad had ‘committed insurrection at the U.S. Capitol building.’”

“An insurrection involves disrupting the lawful actions of Congress and howling for the blood of elected leaders, all to prevent the peaceful transfer of power. This was first-degree puppetry. This was high jinks with intent to goof. Misappropriation of an old Conan bit.