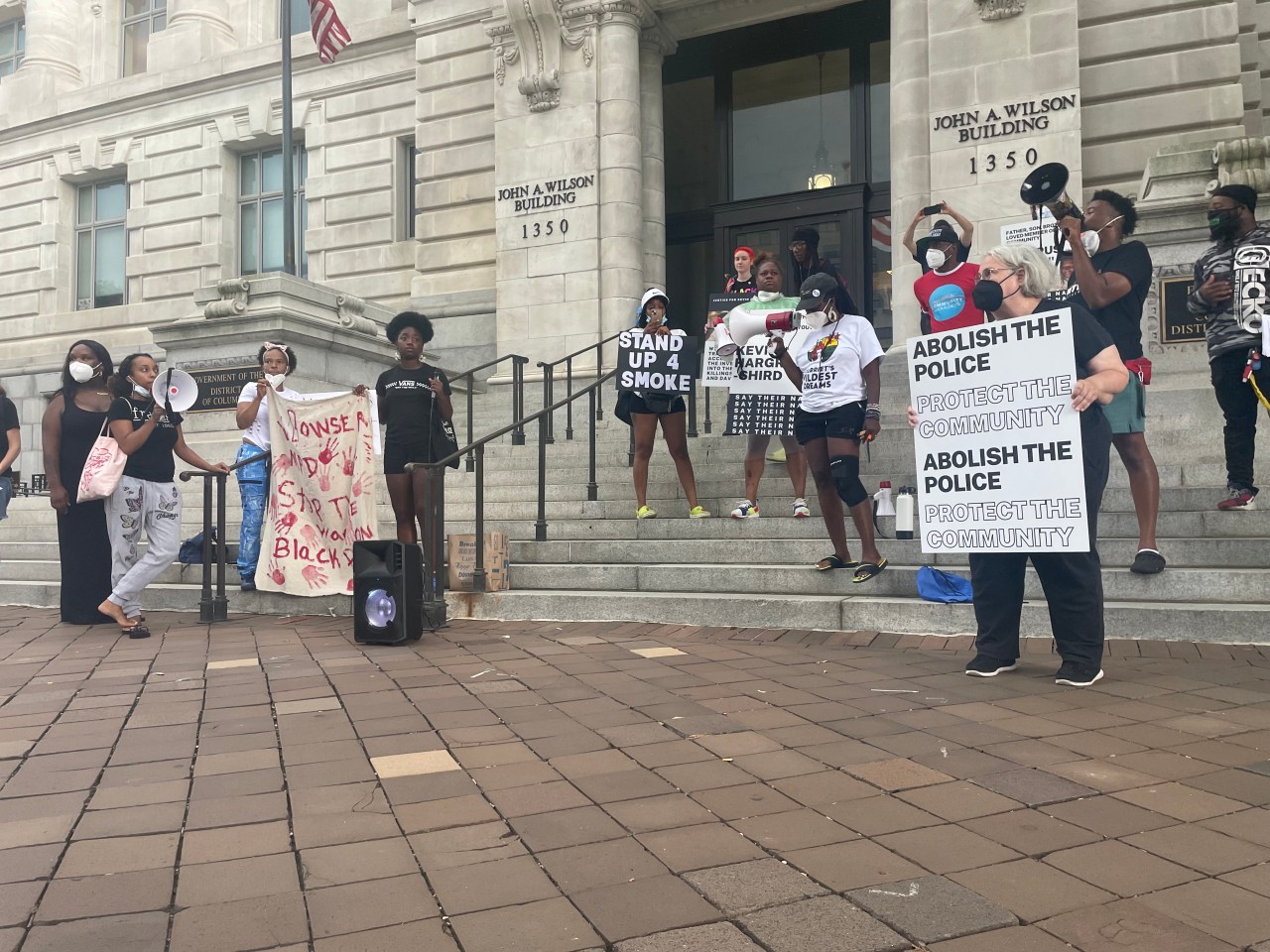 “Join us to call on Deputy Mayor for Public Safety and Justice Christopher Gel Dar and Mayor Bowser. We demand complete transparency around both killings and the firing of both violent cops,” said a speaker.

This rally comes after police released body cam footage from an officer-involved shooting on July 30th that took the life of 31-year-old Kevin Hargraves-Shird.

“There is conflicting information around what happened to Kevin. The family states that he was unnecessarily killed with a shot to the back of the head and no warnings were given to Kevin. He was unarmed at the time of the shooting,” said one of the speakers.

MPD says they recovered a gun on the scene. Chief Contee stated in a press conference on Friday that DNA analysis is still being done to determine whether Hargraves-Shird owned or used the gun.

Another officer-involved shooting that happened on July 16 took the life of 23-year-old Lazardus David Wilson. Commander Jason Bagshaw shot and killed Wilson at the Wharf. Wilson was caught on CCTV footage walking and pointing a gun. According to police, Bagshaw identified himself as an officer and commanded Wilson to drop the gun. When he didn’t, Bagshaw fired one shot, killing him.

“There is unreleased CCTV footage that is pertinent to the transparency and accountability around the shooting… MPD has not released all the footage to the family nor the public,” said a speaker. “After speaking with the family, we learned that David was shot twice with wounds to the face and neck by way of autopsy information. David’s family and son deserve answers, yet MPD continues to withhold information.”

Nene Tay, co-founder of Harriet’s Wildest Dreams says she’s disappointed that she and the family of Hargraves-Shird did not see the new body camera footage released Friday morning before the press conference. She says the community should have been told about Friday’s media briefing.

“This is not what transparency look like to put the media in a room and brief the media. That’s called selling your own narrative,” said Tay.

Now the “black abolitionist defense hub” is looking into bridging that gap.

“There is no transparency, we can’t trust the police,” she said. “Harriet’s Wildest Dream is building a coalition right now. Where were actually rolling out alternatives according to police, a system where our community members can call trained people to deescalate a situation and not do what happened to Kevin, take a person life.”

During their speeches, protestors elaborated on the impact on their lives from these deadly police shootings. They’re calling on investigators to answer questions about the deaths of Hargraves-Shird and Wilson.

They’re asking community members call MPD, and the mayor’s office and demand all the body cam footage in both cases.