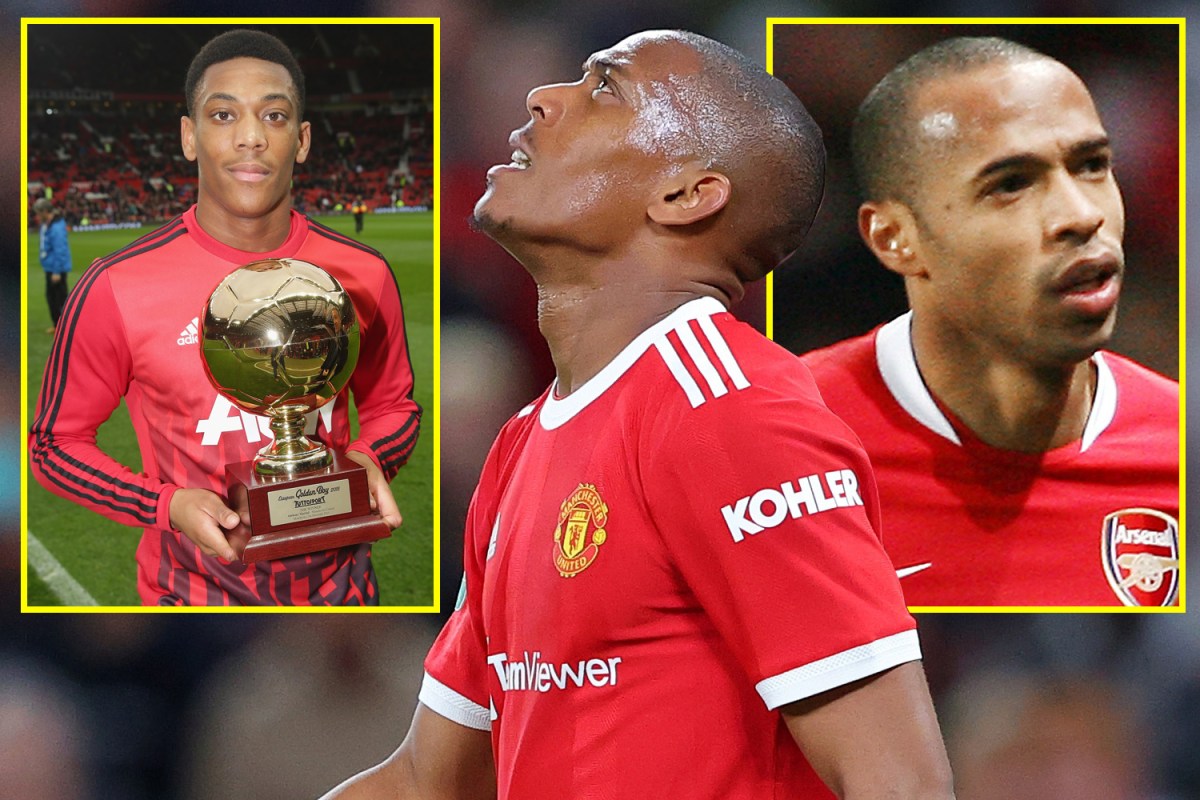 Signed for a record-breaking £36million fee when he was just 19, the Red Devils youngster marked his arrival in stunning style with a superb solo effort against bitter rivals Liverpool.

He waltzed past two defenders before slotting home in front of the Stretford End as a new hero was born at the Theatre of Dreams.

He immediately hushed critics who questioned the club’s decision to splash the world record fee for the teenager at the time.

The stunner backed up the bold initial claims that he could be ‘the next Thierry Henry‘ and he continued his fine start to life at his new club thereafter.

A return of six goals in his opening 19 games saw him scoop the annual Golden Boy award in 2015, an accolade the likes of Wayne Rooney, Lionel Messi, Sergio Aguero and his teammate Paul Pogba had all claimed in the past.

However, fast forward six years and it’s difficult to suggest that Martial has been a hit at the club, or, indeed, justified his hefty price tag.

He’s helped the club to three trophies – an FA Cup, League Cup and Europa League trophy – but his debut goal remains the only memorable highlight of his United career to date.

His 79 goals in 268 appearances isn’t an awful return but in truth, the early appraisal, the comparisons to Henry and the fact all eyes were on the young forward probably did him no favours.

Make no mistake, Martial has shown glimpses of immense talent and patches of good form, but he’s never delivered for the Red Devils for a consistent period of time.

That’s why now the time is probably right for United to consider cashing in on the 25-year-old.

He is now entering his prime years and the club could demand a considerable fee for the Frenchman.

With Jadon Sancho, Mason Greenwood and Marcus Rashford considered the stars to lead the club’s attack over next half-decade at least, the absence of Martial surely wouldn’t do the club that much damage.

So where could he go?

A move to the richest club in the world has been mooted, with Newcastle linked with a switch to sign the forward.

He could try and reinvigorate his career on Tyneside and lead a new era at St James’ Park.

However, a move to Sevilla is reportedly what attracts Martial the most.

He’d definitely be the main man at the Spanish club and the pace of the league may well suit his playing style better.

One thing’s certain, Martial has the talent to become one of the world’s best.

Maybe a move away from the biggest club in the world will give him the chance to show that.