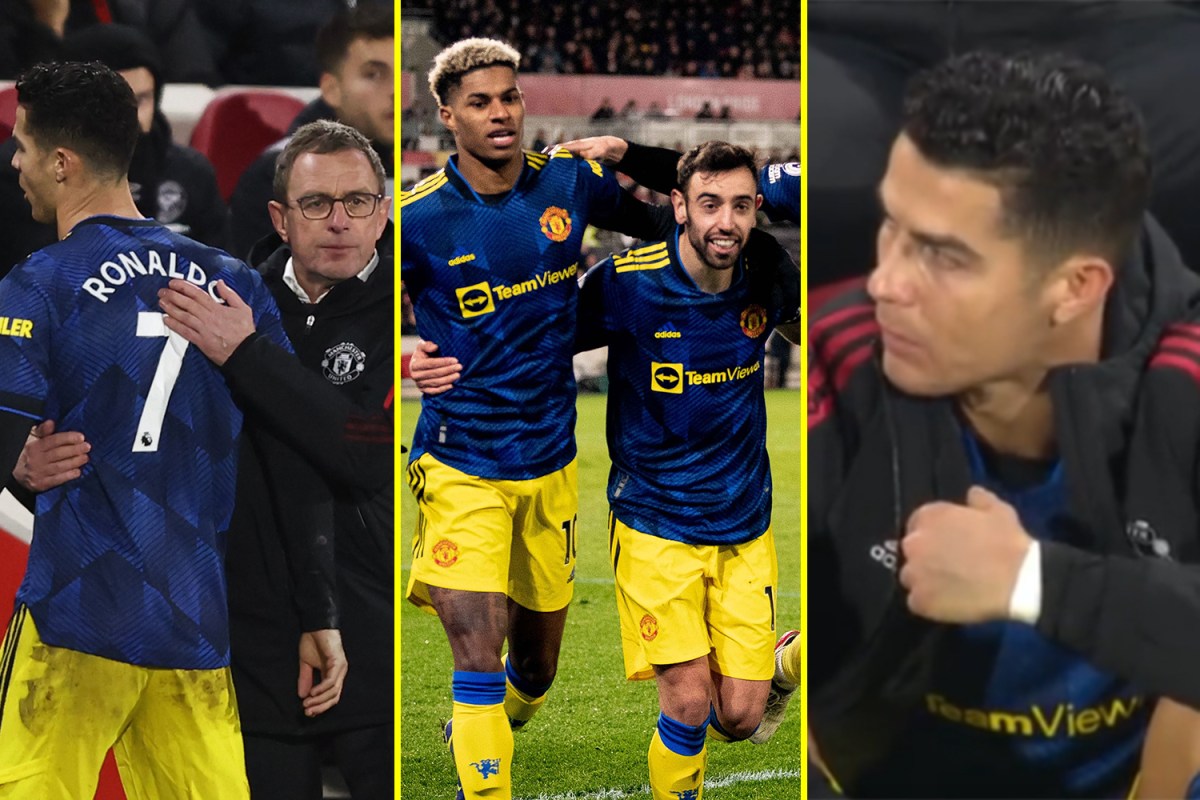 Cristiano Ronaldo has been condemned for his ‘out of order’ behaviour after his pitchside sulk somewhat overshadowed Manchester United’s win at Brentford.

The Red Devils sealed their first Premier League win of 2022 as they triumphed 3-1 at the Brentford Community Stadium.

It was a positive night for the Red Devils’ younger players with Anthony Elanga and Mason Greenwood getting on the scoresheet. The same can’t be said for their most experienced player, however.

Ronaldo was visibly upset as he was substituted in the 71st minute before sulking while sat on the bench.

Red Devils interim boss Ralf Rangnick was seen consoling Ronaldo as Marcus Rashford put the visitors 3-0 up but Andy Townsend believes the no.7 got off far too lightly.

Townsend said on co-commentary for talkSPORT: “We can see Rangnick talking to Cristiano Ronaldo, trying to keep him on side a little bit – Ronaldo didn’t look like he was having too much of it.

“I’m surprised at Ronaldo, I really am. I think he should be better than that.

“It’s not just about him, it is most of the time but it shouldn’t always be. Tonight, it’s about getting the job done, getting the three points.”

Ronaldo didn’t stir from his sulk when Rashford scored and Townsend was outraged by this behaviour and called on the Man United players to take the Portuguese to task over this.

Townsend added: “That’s out of order. Rangnick should dig him out on that after the game, he should if he’s got enough about him. He won’t do it but he should.

“Or one of the players should, it would hurt Ronaldo far more if one of the boys said something to him. Raphael Varane could do it, Bruno Fernandes could do it…”

There was no digging out of Ronaldo from Rangnick, at least not in public, as the German played down the incident after the match.

On Ronaldo’s behaviour, Rangnick said: “Okay, it is normal. As a striker, he wants to score goals. He came back from a little injury so for me it was important to bear in mind we have another game in three days time.

“On the other hand, we were two-nil up, the same result we had at Villa Park and I decided to make sure we defend that lead this time.