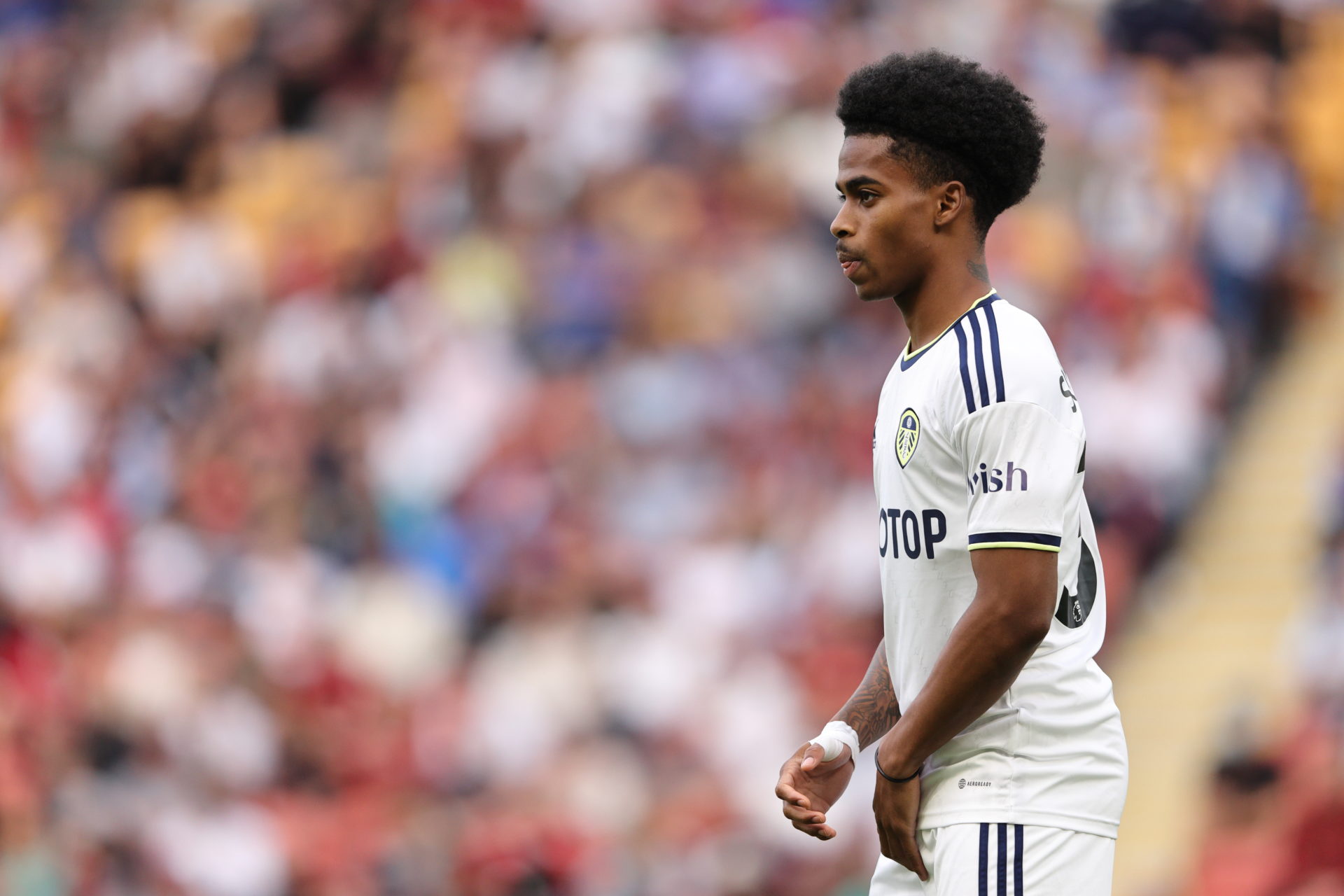 Jesse Marsch has an array of players aged 21 or under ready to breakthrough to the Leeds United first-team in the 2022/23 Premier League season, including Crysencio Summerville.

Crysencio Summerville headlines the list of young players set to breakthrough to the Leeds United first-team under Jesse Marsch this season. The Whites are blessed with an array of promising talents at Elland Road, who will start the new campaign yet to turn 22 years old.

Leeds have proven through a number of seasons that emerging prospects will be afforded a chance to showcase their potential. But fighting to avoid relegation to the Championship last term ensured Marcelo Bielsa and later Marsch were unable to support youth as often.

The West Yorkshire natives did not rank in the top-50 for the youngest average age of any top-flight starting line-ups. Only Joe Gelhardt (732), Pascal Struijk (2,049) and Illan Meslier (3,385) also played over 250 minutes among those who first turned out aged 21 or under.

Leo Hjelde was the youngest player to be involved in a Premier League game with Leeds in 2021/22. The term started while the left-back was still 17, and he went on to feature in 16 matchday sides. But the Norway U21 defender only played in two fixtures for 148 minutes.

Marsch will now keep Hjelde in his Elland Road ranks this season for depth at full-back and afforded him chances to impress during pre-season. But the Nottingham-born talent, who joined the Whites from Celtic last August, remains far down the American’s pecking order.

Summerville is the headline gem set to breakthrough as a senior Leeds player this season. The 20-year-old made his first-team debut last term, but would only go on to register 232 minutes across nine games in all competitions. He made six for 125 minutes in the league.

Marsch additionally only handed Summerville one appearance for just seven minutes after replacing Bielsa in February. The American introduced the Dutch dynamo in the late stages of the Whites’ 3-0 win away to Watford in April after five matches as an unused substitute.

Summerville would not feature again after the Vicarage Road match due to an ankle injury he sustained in training. But Leeds have since bet on his potential by awarding the Holland U21 international a new, four-year contract along with the #10 shirt Raphinha has vacated.

Cody Drameh will hope this season sees him breakthrough as a senior Leeds player after a hugely successful loan spell with Cardiff City. The right-back joined the Championship side in the January market, against Bielsa’s wishes, and proved to be a huge hit in south Wales.

Cardiff named Drameh as their Player of the Year and Young Player of the Year, despite the 20-year-old joining mid-season. He also enjoyed 22 second-tier appearances for the club, in which Drameh laid on three assists and started each of his outings under Steve Morison.

Marsch will no doubt have taken stock of what Drameh offered away from Leeds with the Whites managing numerous injuries. The London-born dynamo only made five first-team outings under Bielsa, totalling 237 minutes, and started just one of his three league games.

Archie Gray is only 16 years old, but the midfielder is already on the fringes of a first-team breakthrough at Leeds. He enjoyed watching six Premier League matches from the bench last season, after entering the matchday side during Bielsa and Marsch’s tenures in charge.

Marsch listed the teenager on the bench for each of the Elland Road outfit’s final four top-flight fixtures in 2021/22. Gray would not get any minutes on the field, but featured in the Whites’ line-up in pre-season. But his involvement against Aston Villa ended prematurely.

A rough challenge from John McGinn left Gray stricken and needing treatment on his ankle at the Suncorp Stadium in Brisbane. Luckily, while the issue forced the Whites product off the pitch, Gray – who had impressed against Brisbane Roar – had only sprained his ankle.

Sam Greenwood will hope to follow in the footsteps of Gelhardt to rise from the youth set-up at Leeds and breakthrough as a regular first-team player. Gelhardt played in 20 Premier League and two Carabao Cup games last season after making his senior bow in September.

Gelhardt had already enjoyed senior minutes with Wigan Athletic before the striker joined Leeds in 2020. As for Greenwood, the former Sunderland and Arsenal prospect first played in a senior tie in January 2021 with Leeds, having moved to West Yorkshire in August 2020.

But the 20-year-old striker has so far only amassed 329 minutes of first-team football over 10 games in all competitions. Greenwood also played just 232 minutes from seven Premier League games last term, with 220 minutes recorded from six under Marsch for two assists.

Kristoffer Klaesson will hope to register his Leeds breakthrough and be more than just Illan Meslier’s understudy at Elland Road. The Norway U21 goalkeeper joined the Whites from Valerenga last August for £1m, but would only record one appearance lasting 35 minutes.

Marsch was forced into awarding Klaesson his United debut in March after Meslier picked up a thigh injury at Wolves. But for the issue, Meslier would have played every minute on offer in the top-flight last term. Klaesson, meanwhile, watched 37 games from the bench.

Meslier also kept Klaesson in the dugout during Leeds’ Carabao Cup and FA Cup ties last term. But Marsch should afford Klaesson his breakthrough as a first-team Leeds player this term, with the Yorkshire Evening Post citing him as the No.2 despite interest in Joel Robles.