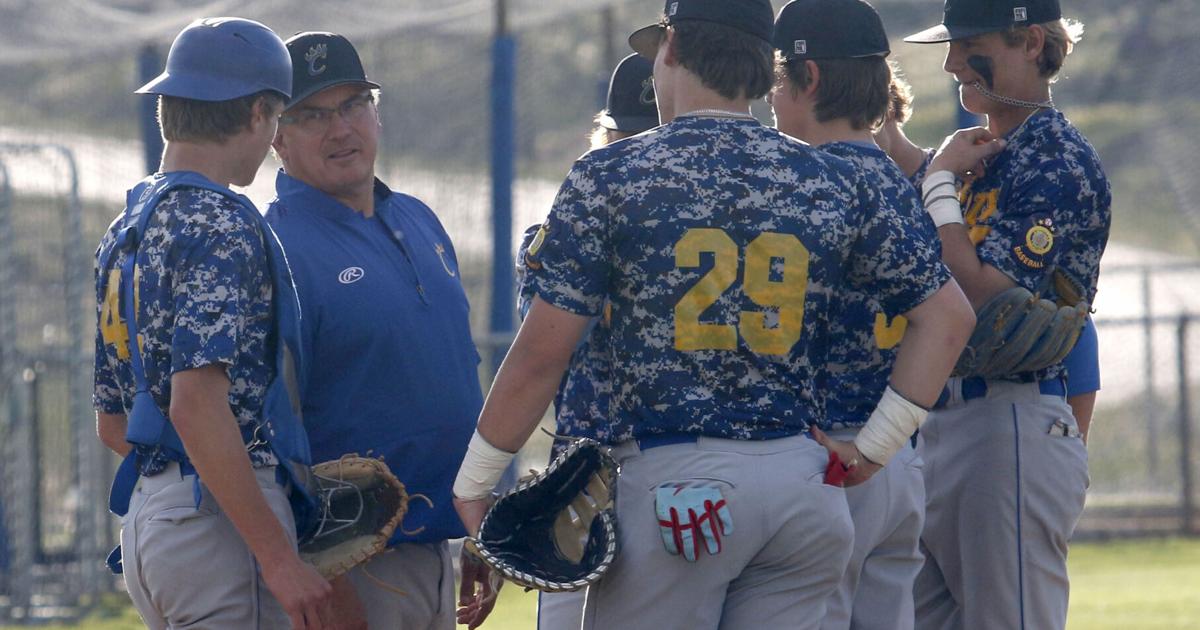 Tuesday happened to be the first day of summer and the longest day of the year, and Tuesday night featured the longest night of baseball so far this season as the Cody Cubs played the visiting international World Team deep into the evening.

After getting off to a late start as the Cubs B team played a thriller against the visiting Bozeman Bucks, Cody (16-13) followed up its Monday night 15-2 win over the World Team with 8-2 and 4-1 losses against the talented Colts team with players from around the globe.

Cody used a four-run first inning and eight-run third to pull away from the International Showcase Colts.

Schroeder started things hot right away striking out the side, while Jace Jarrett knocked in a pair of runs in the bottom of the first to help put the Cubs up 4-0.

Schroeder helped his own cause in the bottom of the third with his first home run of the season that scored Dominic Phillips to put Cody up 6-1.

Ben Reinker added an RBI single in the inning and Schroeder added another RBI on a single later on in the third and Cody cruised from there.

The Cubs piled up 15 runs on eight hits and earned five free passes against the Colts.

Jarrett and Schroeder finished with multiple hits in the win.

Wyatt Carlson got the nod on the mound in game one on Tuesday night. Once he got into a rhythm he had some of his best innings of the season.

Carlson went 3.2 innings, striking out five and giving up one earned run.

Ty Peterson had another solid outing for the Cubs in relief. He went 2.1 innings giving up a hit, no runs and struck out two.

The World Team rolled out some hard throwers on the hill in both games, but Jack Schroeder ended up with a double and single in game one, Phillips added a pair of singles and Trey Schroeder finished 1 for 3 at the plate and drove in Cody’s only runs of the game in the first inning.

Jarrett finished with one of six Cubs hits.

The Colts led just 3-2 until the top of the seventh in a tight matchup, but put up fives runs in a big final inning to pull away for the 8-2 win.

The World Team again pulled away late in game two.

The Cubs led 1-0 through five innings before the Colts put three on the board in the fifth.

Thomasson got the start on the mound and had the Colts on their heels through five innings. He was electric from the start and gave up just three hits and three runs in five innings while striking out four.

Reinker finished off the double-header with two solid innings on the mound as well. He gave up two hits, a run and struck out a batter.

Jack Schroeder nearly hit one out of the park on one of his two doubles.

William Duke was credited with the lone RBI for the Cubs on a catcher interference call.

Both games were more exhibition-style contests than anything. Each team used wooden bats and the World Team was allowed a few extra hitters in the lineup.

Fans still have time to catch the Cubs versus the World Team A club.

They face off Wednesday night at 7:30 p.m. at Milward Simpson Field.

The teams will face off again starting Friday during the Cody Lions Club Wood Bat Tournament.