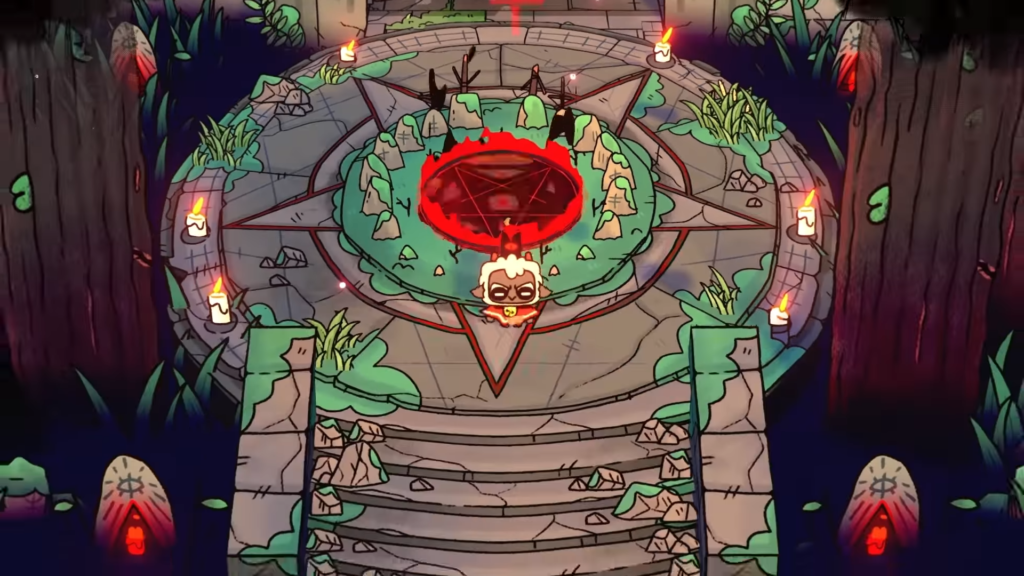 Devolver Digital is known for being the pinnacle of indie game publishers and its latest title, Cult of the Lamb, developed by Massive Monster, looks all set to become the latest mega-hit to be published by them.

Playing as a possessed lamb, it’s your job to create a flock of cultists and destroy the non-believers in this super-stylish roguelike adventure.

The game is now on the precipice of release, so here’s everything you need to know, including Cult of the Lamb’s release date, time, price and Xbox Game Pass status.

Cult of the Lamb Release Date and Time on PC, PS4/PS5 and Nintendo Switch

Cult of the Lamb will be released on all platforms on Thursday, August 11, 2022.

Its release time looks set to vary across all platforms, so we’ve made it simple right here:

According to the game’s page on the official PlayStation store, Cult of the Lamb will be released at the following times on PS4 and PS5:

As I type this, the Cult of the Lamb Steam page has the game releasing in 1 day and 6 hours, which means it will drop at the following times:

The US eShop states that “Digital-only software will usually be available at 9:00 a.m. Pacific Time on the day of release, however, Some third-party titles are not available until 12:00 p.m. PT…”

Unfortunately, no release time for Cult of the Lamb has been shared by Microsoft.

How Much Will Cult of the Lamb Cost

Cult of the Lamb’s price varies slightly in the UK depending on the platform you purchase it on, however, remains consistent in the US. Here are the prices:

Is The Game on Xbox Game Pass

Unfortunately for Xbox Game Pass subscribers looking to play the game with their subscription, Cult of the Lamb won’t be included.

In other news, Xbox Live Down: Party Chat And Server Status Issues Reported