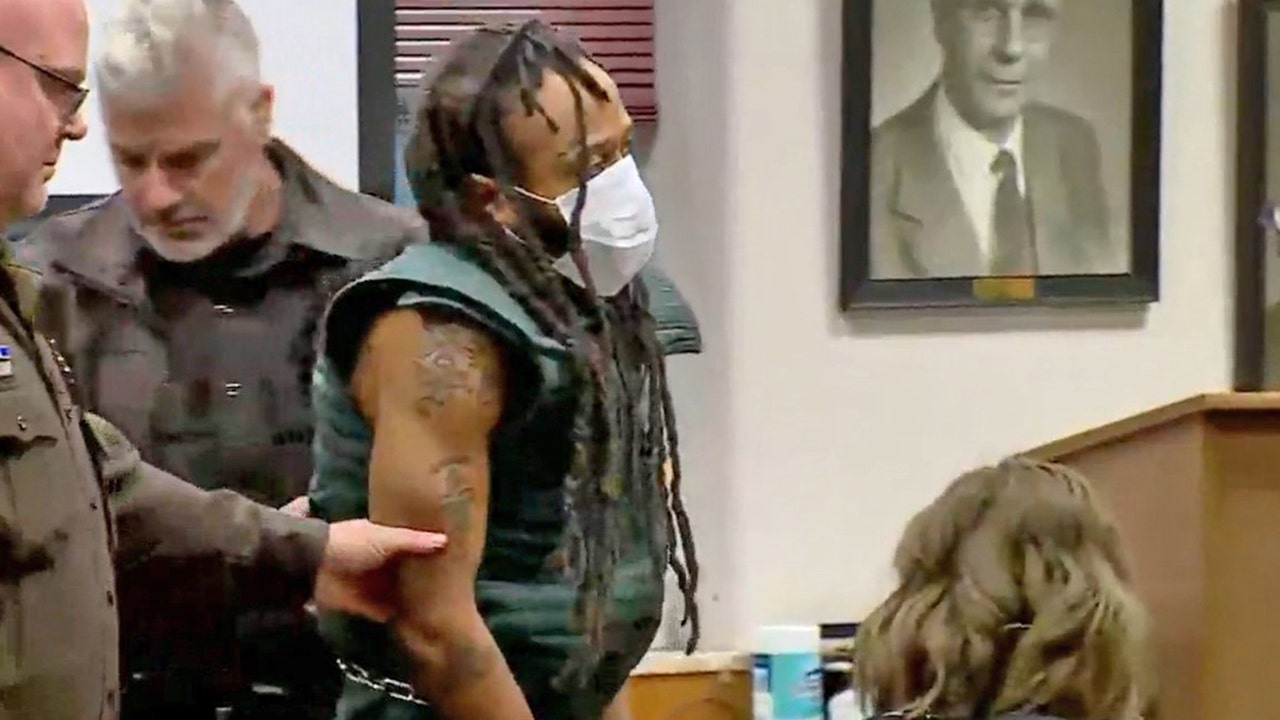 The Facebook account appearing to belong to Darrell Brooks, the suspect behind the Waukesha Christmas parade attack, contains memes and messages calling for violence against white people, as well as suggesting “Hitler was right” for killing Jews during the Holocaust.

The account has since been deleted. He used the name “MathBoi Fly,” which is an alias Brooks used as a stage name for his amateur rap career.

He also shared a meme titled “Hitler knew who the real Jews were!” according to the Daily Mail.

The message claimed that Adolf Hitler had warned that his genocide was partly prompted because he knew “the negros … are the true hebrews,” appearing to promote the views of the Black Hebrew Israelites. The post added that America had moved “false white Jews into a state of Israel,” and that World War III would unfold when people “learn Hitler was right” and “did the world a favor by killing” Jews.

Brooks commented on the meme, “real game rite here,” which was accompanied by the hashtag “#research.” Such claims about Hitler have been previously debunked.

On June 9, 2020, he shared an ESPN article about NBA player Kyle Kuzma explaining “his belief of what white privilege is.” Brooks commented on the piece, “interesting.”

A memorial at Veteran’s Park for the victims of Sunday’s deadly Christmas parade crash in Waukesha,  Wisconsin.
(AP Photo/Jeffrey Phelps)

That same month, he shared a post about a White police officer being “violent towards peaceful protestors.”

Another post showed support for Black Lives Matter accompanied by the middle finger emoji and a police officer emoji, according to screen shots of the account posted by the Daily Mail.

Rittenhouse was acquitted following a high-profile trial regarding the fatal shootings of two men and the injury of another during riots in Kenosha last summer. The riots came in response to a White police officer shooting a Black man, Jacob Blake, leaving him partly paralyzed.

Fox News also examined a retweet from the Twitter account with the name “MathBoi Fly” from 2012 that expressed shock and called for prayers for the victims of the Sandy Hook Elementary School shooting.

“18 kids, 18 dreams, 9 adults, 27 families, 27 lost personalities, & 1 sick minded man who decided to murder children #pray #prayfornewtown,” the original tweet read, which was retweeted by what appears to be Brooks’ account.

His amateur rap career also included lyrics saying he was a “terrorist” and a “killer in the city,” The Sun reported.

Police have not yet released a motive behind the attack on Sunday night, but the criminal complaint against Brooks shows witnesses describing the attack as one with “intent.” One detective spoke with a witness who recounted that the SUV that hit the parade attendees zig-zagged through the crowd, describing he felt it was “a direct intent to hit as many parade participants.”

Brooks has been charged with five counts of first degree intentional homicide following the attack. The five current charges are in connection with the deaths of Virginia Sorenson, 79, LeAnna Owen, 71, Tamara Durand, 52, Jane Kulich, 52, and Wilhelm Hospel, 81.

Five adult victims killed in the Waukesha parade attack. A sixth victim, this one a child, was announced in court Tuesday.

A sixth charge is expected following the death of an 8-year-old boy on Tuesday. All of the victims are White.

Brooks, 39, also has an extensive criminal record stretching back to 1999, and made bail twice in Wisconsin this year despite having an active sex crime warrant in Nevada.

A nephew of Brooks, Anaji Brooks, also filed a no-contact order against him in September, saying his uncle shot at him during a fight over an old cell phone in July of 2020.

“It made me come to the conclusion that this man wasn’t family or kin to me,’ Anaji Brooks wrote in his plea for the no contact order, the Daily Mail reported. “Family shouldn’t hurt family the way he did.”

Brooks made his first court appearance on Tuesday, where he audibly sobbed when District Attorney Susan Opper announced that a 6th victim in the attack had died.

He is being held on $5 million bail in a Wisconsin jail.