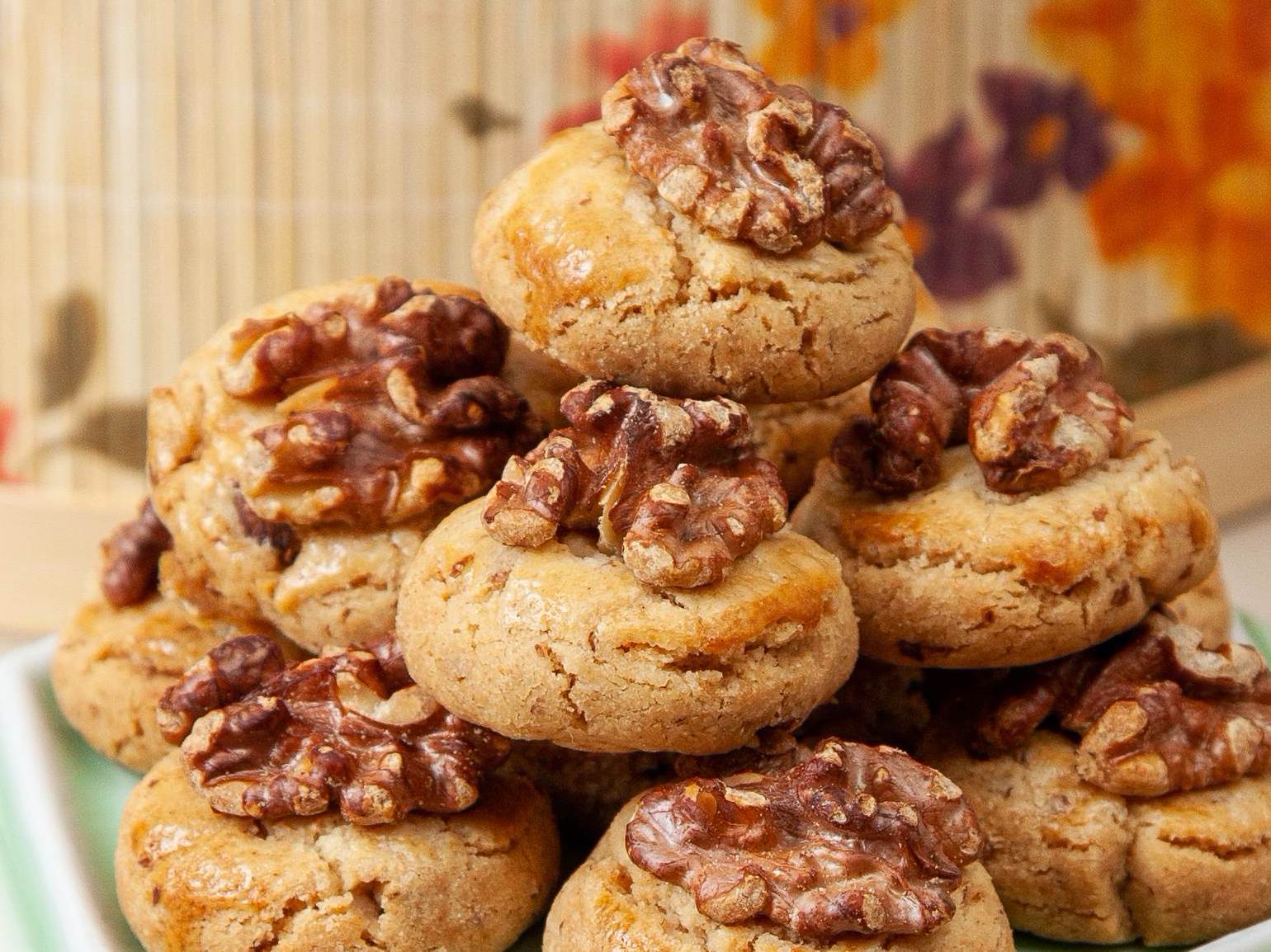 The Home Chef is a series that uncovers closely guarded recipes of the city’s most notable chefs, so that you, amateur home-cook, can, too, recreate restaurant-grade meals in the comforts of your own kitchen. Makeshift tea-towel aprons at the ready. A dear friend (or furry pup!) appointed as designated taste-tester. Served with a sweet chef’s kiss, naturally. Bon appétit!

Like all major holidays celebrated in a single calendar year, Chinese New Year is steeped in long-time customs and age-old traditions. From the colours we are instructed to wear — lucky red and prosperous gold — to the habitual, day-to-day rules — no washing or cutting of the hair, dusting of the home, or buying your own underwear — and the culinary customs that begin at the banquet table mains to the teeny-tiny snacks that fill up the traditional cheun hup (全盒, directly translating to “box of togetherness”) candy box decorating the tables of luck-inviting homes.

For those who know it, the cheun hup is a careful art form in itself; each one of the eight slots should be filled with a snack that intends to bring a different blessing into the home. It is the same meticulous, thoughtful premise that is instilled into the creation of Date by Tate’s, the lifestyle and pastry boutique of two Michelin star Tate Dining Room, Chinese New Year gift set. A stunning, old-fashioned wooden carrier, printed with ornate florals and filled — almost cheun hup style — with a handful of traditional snacks made anew: 五代同堂 (or yellow nipple fruit) moulded from chocolate, black sesame and raspberry rocher, old ginger Chinese New Year cake, Chinese almond and lotus paste financier and walnut cookies — each a considered concept and creation perfected by pastry chef Graff Kwok.

“I have always had fond memories of eating traditional Chinese pastries during the festive times,” says Kwok. “What better way to celebrate than by enjoying some traditional delicacies?”

Le Cordon Bleu-trained and apprenticed in baking, pastry and cake production at prestigious five-star hotels, restaurants and private members’ clubs around the city of London including Café Le Cordon Bleu, The Langham and London’s Royal Automobile Club, chef Kwok returned to Hong Kong amidst the initial, early-2020 Covid lockdown. “The time off allowed me to rethink my career path,” she recalls.

A position as head pastry chef at Tate Dining Room alongside chef Vicky Lau turned out to be it. Now, chef Kwok leads the production of the delicate French pastries at Date by Tate, decadent art sculptures that are often finished with a Chinese-inspired influence. “[Date] strives to deliver the refined experience,” she continues. “We craft our artisan pastries and cakes in-house and bring dining to the next level.”

While Date by Tate’s Chinese New Year gift set is all sold out — better luck next year! — not to worry, dear reader. You can still sample one of chef Kwok’s creations, round walnut pastries, just in time for the lunar holiday. There’s just one catch: You’ve gotta roll up those sleeves.

“I’ve always been a fan of traditional Chinese pastry,” shares chef Kwok. “Walnut cookie was one of my favourites when growing up. I remember my grandma buying them for me after school when I was younger.”

Walnut pastry, 合桃酥 (“hup toh so“), is not only limited to Chinese New Year. Though when gifting between family and friends during those big celebrations, you’ll likely spot a decorative tin passed politely around. Loved for its crispy, crumbly texture, its nutty and buttery flavours, the walnut pastry is similar to the western cookie. Its miniature size is a convenient one-biter for an easy snack throughout the day — having an extra two or three more won’t make much of a difference. During Chinese New Year, the walnut pastry is an auspicious symbol of togetherness; harmony between the whole family.

Inspired whilst on a stroll past a local bakery that just so happened to roll out a brand new batch, chef Kwok brought the aesthetically cracked, golden-baked treats — she tried walnut cookies from five different shops — into the Date by Tate kitchen to fashion a recipe of her own. “I like the rustic appearance, unique crunchy texture and strong nutty aroma,” she begins, “I hope to recreate that mouthwatering scent from a bakery into the home of our customers.”

As with all pastry making, there is a science that goes in making a very good, grandma-approved walnut pastry, though chef Kwok casually waves it off as simply being “straight-forward.” She shares a few valuable tips from her tried, tested, and now perfected, recipe, which she claims to be on par with some of the best walnut pastries in Hong Kong, including her go-to bakery in Sai Ying Pun (she also recommends the put chai ko, rice flour-based pudding cake, here). Everything — she insists — must be weighed before starting. Absolutely no eye-balling. Special attention should be paid to the toasting of walnuts, making complete sure they don’t burn, and the whipping of the lard for a light and fluffy texture.

Then, the secret that makes her walnut pastry triumphant over the others: walnuts. It seems redundant for a pastry that’s supposedly named after the walnut, but chef Kwok reveals, “Traditionally, walnut cookies weren’t made with walnuts.” In fact, they were just named after walnuts, simply because the uneven, creviced exterior resembles the ridges of a walnut. “In my opinion, a good walnut cookie should have walnuts as the focus.” She finishes.

And so, Date by Tate’s iteration features the walnuts. Highlights. Spotlights, even! They’re crushed and seamlessly incorporated into the dough for a satisfying crunch and a sweet nuttiness that balances the rich, buttery savouriness of the cookie. And then added, as a final flourish, on the top. And here they are, the best walnut cookies in town.