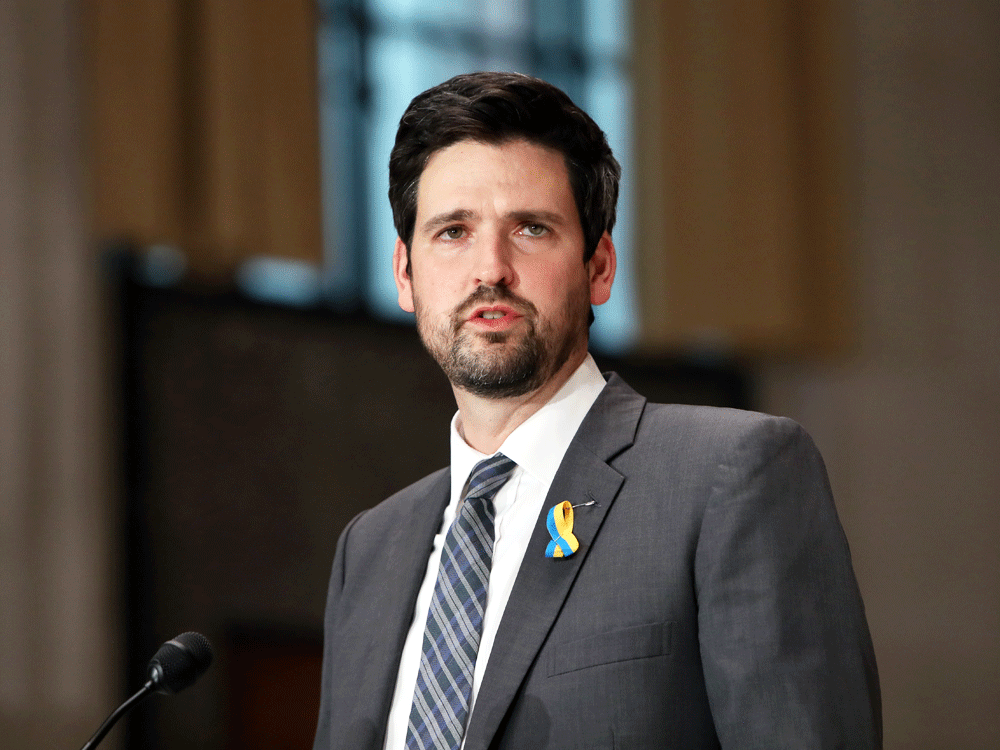 OTTAWA – Despite a reduced number of high-skilled immigrants being accepted into Canada over the next two years, Immigration Minister Sean Fraser insists Canada will have the people it needs to fill the jobs it has.

Last month, Fraser introduced in Parliament his first levels plan as immigration minister. It proposes having 431,000 people become permanent residents next year, rising to 451,000 by 2024.

But in the next two years, the number of immigrants in the federal high-skilled category will be almost half of what the government had previously planned. The government is targeting to bring in 55,900 people in that class, while in October 2020 it forecast it would be bringing in 110,500 people.

Fraser said the government was still targeting to accept more economic immigrants than ever before, it was just adopting a different strategy due to the pandemic.

The reduction in skilled workers comes at the expense of a new program developed during the pandemic called the temporary resident to permanent resident pathway, which took people already in Canada — on work or student visas — and gave them permanent residency.

Fraser said that was a smart program for the pandemic and it made sense to continue, but then wind it down.

“We want to make sure that people who are here making a contribution now have an easier time staying here so they can keep making that contribution while we continue to use the different economic streams to meet the overall needs of the economy,” he said.

The government plans to process 40,000 people through that category this year and 32,000 next year, before phasing the program out in 2024.

The change will mean further delays for people outside Canada who wish to immigrate here. Fraser said it could be later this spring before Canada was even inviting applicants to apply again.

Despite the delays, Fraser said he didn’t think Canada had to worry about slipping as a destination of choice for immigrants.

Fraser’s plan was tabled before Russia’s invasion of Ukraine. The government hasn’t specified how many refugees it will take from Ukraine, but it is prioritizing applications from the country and opening up the ability for Ukrainians to travel here on long-term visas that would allow them to work and study.

The system is uniquely challenged right now and it’s very difficult. Even for the best applicants to get through the system

Leah Nord, director of workplace strategies with the Canadian Chamber of Commerce, said they fully support the government’s efforts to increase immigration levels.

She said they do wonder about the plans to reduce economic class immigrants in favour of people already in Canada.

“We need everybody and it should be both and not either or.”

She said every industry in the country was facing some level of labour shortage and the government should continue to open the doors wide to the world.

“We need all workers. We have a labour shortage here. People say it’s ‘unprecedented,” I use unfathomable,” she said. “It’s across sectors, it’s across communities, and it’s across skills.”

Betsy Kane, an Ottawa immigration lawyer and member of the Canadian Immigration Lawyers Association, said it was really difficult for people to come to Canada.

“The system is uniquely challenged right now and it’s very difficult. Even for the best applicants to get through the system,” he said. “The government is trying but for applicants, it’s very, very frustrating.”

Kane said Canada still had an advantage as a destination, with peace and security, a good economy and strong public services, but the delay was a barrier to a lot of immigrants.

“We’re not a rapid pathway. We are a good pathway. The systems in place, the programs in place are very good, but you have to be patient and you have to go through a lot of prerequisite hoops to position yourself for success.”

Kane said as new demands crop up, like the current demand from people fleeing Ukraine, she hoped the government kept adding resources to ensure the system returned to more normal wait times.

“We just hope that the system stabilizes and the money that’s going to be injected into the system over the next two years, allows the government to move forward with a more robust immigration levels.”