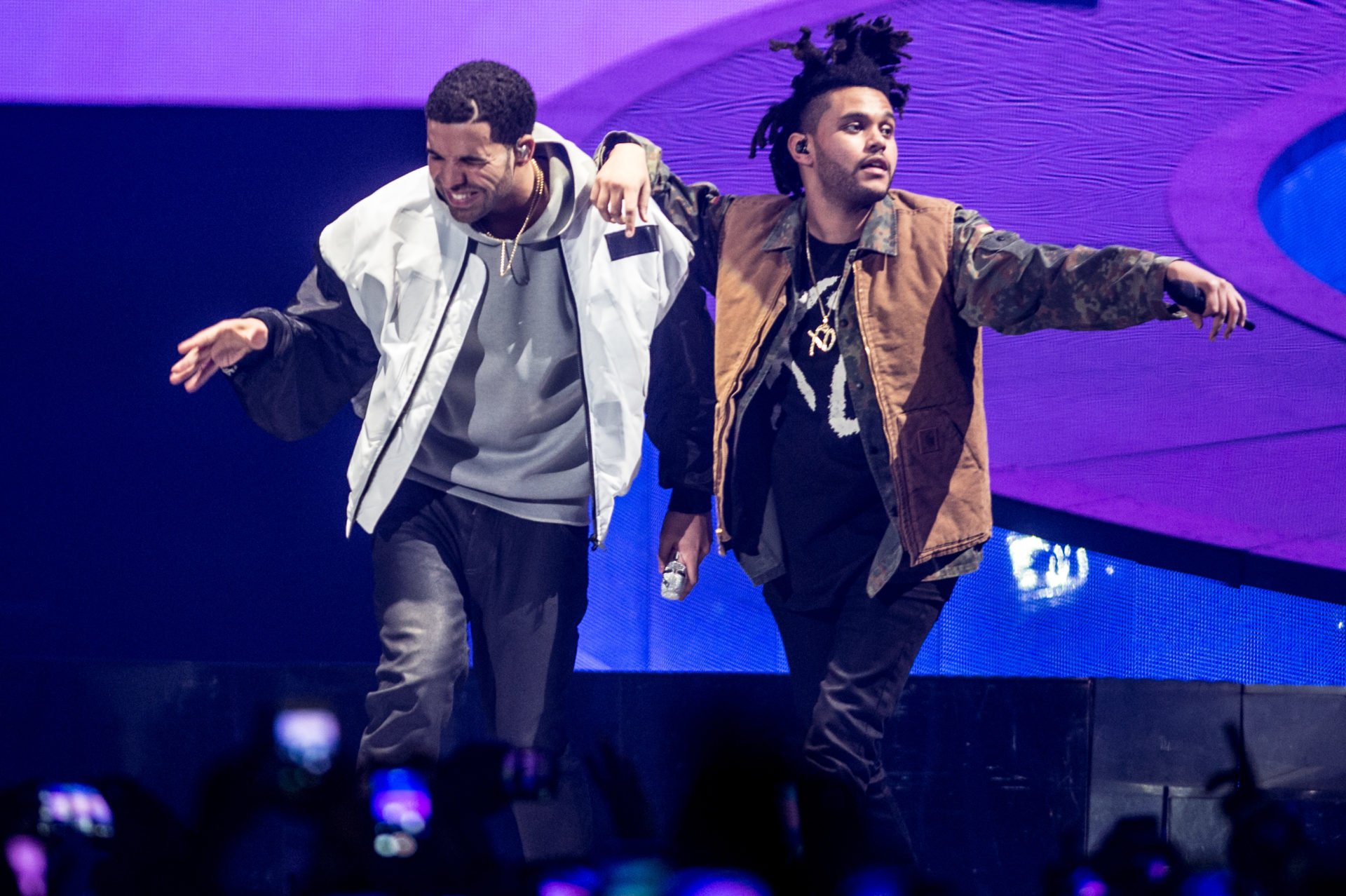 Baseless rumours have resurfaced about Drake and The Weeknd after a video from a 2017 London gig made rounds on the internet. Here are the rumours debunked.

Drake and The Weeknd are two of the most famous rappers in the industry and they have often collaborated whether that’s mutual music or performing together on stage.

A video from a previous concert has recently resurfaced on social media, leaving many of their fans baffled.

We take a look at the footage and debunk those speculations once and forever in case they resurface at some point in the future again.

Drake and The Weeknd didn’t kiss on stage

Sorry everyone, Drake and The Weeknd didn’t kiss on stage during the latter’s Legend Of The Fall gig in London.

The Blinding Lights artist brought Drizzy for a mutual performance at the O2 Arena in March 2017 which was a surprise for all concert-goers.

The two rappers shared a hug as fans cheered them but they didn’t lock lips. It appears that a screenshot from the footage was taken and later edited which is how the false rumours first surfaced online.

The video down below clearly shows that Drake and The Weeknd embraced each other in a friendly hug and gazed at each other for a few seconds. Drake then left the stage to let The Weeknd continue his performance.

What else happened at the gig?

That 2017 gig was memorable for concert-goers as many were in total awe and surprise after Drake joined The Weeknd on stage.

The two artists performed together a medley of Fake Love, Energy and Jumpman and fans couldn’t stop cheering them.

Drake gushed about The Weeknd and called him “the biggest artist in the world”. Speaking to the audience, Drake recalled the time when he heard The Weekend’s 2011 mixtape House of Balloons.

The gig wasn’t their first collaboration on stage. They performed together during Drake’s Nothing Was the Same 2014 world tour in Nottingham, UK.

Longtime fans of the two artists know that their working relationship goes back in time.

Drizzy was the one who introduced The Weeknd to fans on October’s Very Own Blog and later shared a snippet of the song Wicked Game.

From there, they have collaborated on a number of tracks and albums. The Weeknd was featured on Drizzy’s album Take Care before the former signed a deal with Republic Records.

Other songs the two have worked on include Live For, The Zone and Crew Love.

Drake released his new album Honestly, Nevermind last week, while The Weeknd is set to tour across US and Canada this summer.