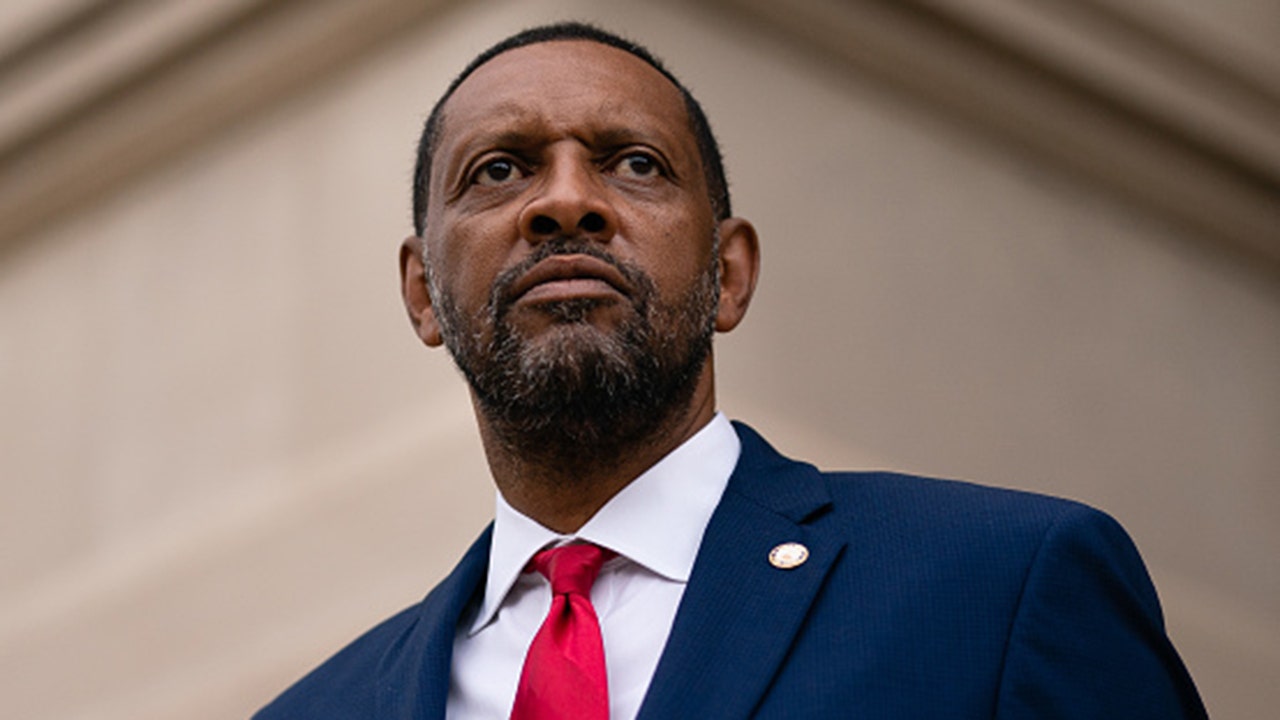 Jones is a former Democratic state representative who switched to the GOP last year after serving as a leading Black surrogate and supporter in Georgia of former President Trump’s reelection campaign. In April, he launched what pundits consider a long-shot primary challenge against GOP Gov. Brian Kemp.

Jones, who touted that “people know that I have stood strong for Donald Trump and the America First agenda,” spoke with Fox News on Monday, hours after former Sen. David Perdue also jumped into the Republican gubernatorial race following months of encouragement by Trump.

But hours after Jones was interviewed, he suffered a setback as Trump, as expected, formally endorsed Perdue’s gubernatorial bid.

Trump called Perdue “a Conservative fighter who isn’t afraid of the Radical Left.” And he called Perdue “the only candidate in Georgia who can beat” Democratic gubernatorial candidate Stacey Abrams in the 2022 election.

Asked what he would do if the former president backed Perdue, Jones said, “We’re in it to win it. I would appreciate President Trump’s endorsement. It’s important. But I also know that you can win this election with the endorsement of the people of Georgia. And that’s where my focus is.”

And he disagreed with Trump, saying, “I’m the only candidate that can hold the line with the Republican Party, have them enthused about coming out in record numbers, and at the same time be able to capture a significant part of the minority community, that are Democrats…and defeat Stacey Abrams.”

Abrams, the voting rights champion and rising star in the Democratic Party who was considered as a 2020 running mate for Joe Biden, last week launched her second straight bid for governor. The former Georgia House Democratic leader made history in 2018 as the first Black woman gubernatorial nominee of a major political party before narrowly losing to Kemp.

In this Monday, Nov. 2, 2020, file photo, Stacey Abrams speaks to Biden supporters as they wait for former President Obama to arrive and speak at a campaign rally for Biden at Turner Field in Atlanta.
(AP Photo/Brynn Anderson, File)

Jones repeatedly took aim at Perdue in the Fox News interview, charging that the former senator is “pulling a page from my message book to voters.”

KEMP, IN FOX NEWS INTERVIEW, VOWS HE WON’T BE ‘OUTWORKED’

In Perdue’s announcement, which was reported first by Fox News on Monday, the former senator repeatedly targeted Kemp, who for over a year has faced the former president’s rath for not overturning the 2020 election results in Georgia, where Biden defeated Trump by a razor-thin margin. Perdue, in his campaign launch video, charged that Kemp’s “failed all of us and cannot win in November.”

But Jones argued that Perdue’s “been silent on election integrity” and said “I hope he takes my lead, since he’s following me, on calling for a forensic audit.”

Perdue, a former corporate chief executive officer who was elected to the Senate in 2014, was defeated in his bid for a second term by a razor-thin margin by Democrat Jon Ossoff in Georgia’s twin Jan. 5 runoff elections. Democrat Raphael Warnock edged Rep. Sen. Kelly Loeffler in the other contest, handing the Democrats the Senate majority.

“David Perdue had two bites at the peach and spent over $97 million … and could not beat a no-name like Jon Ossoff,” Jones said.

And he asked, “What makes him think he can beat Stacey Abrams?”