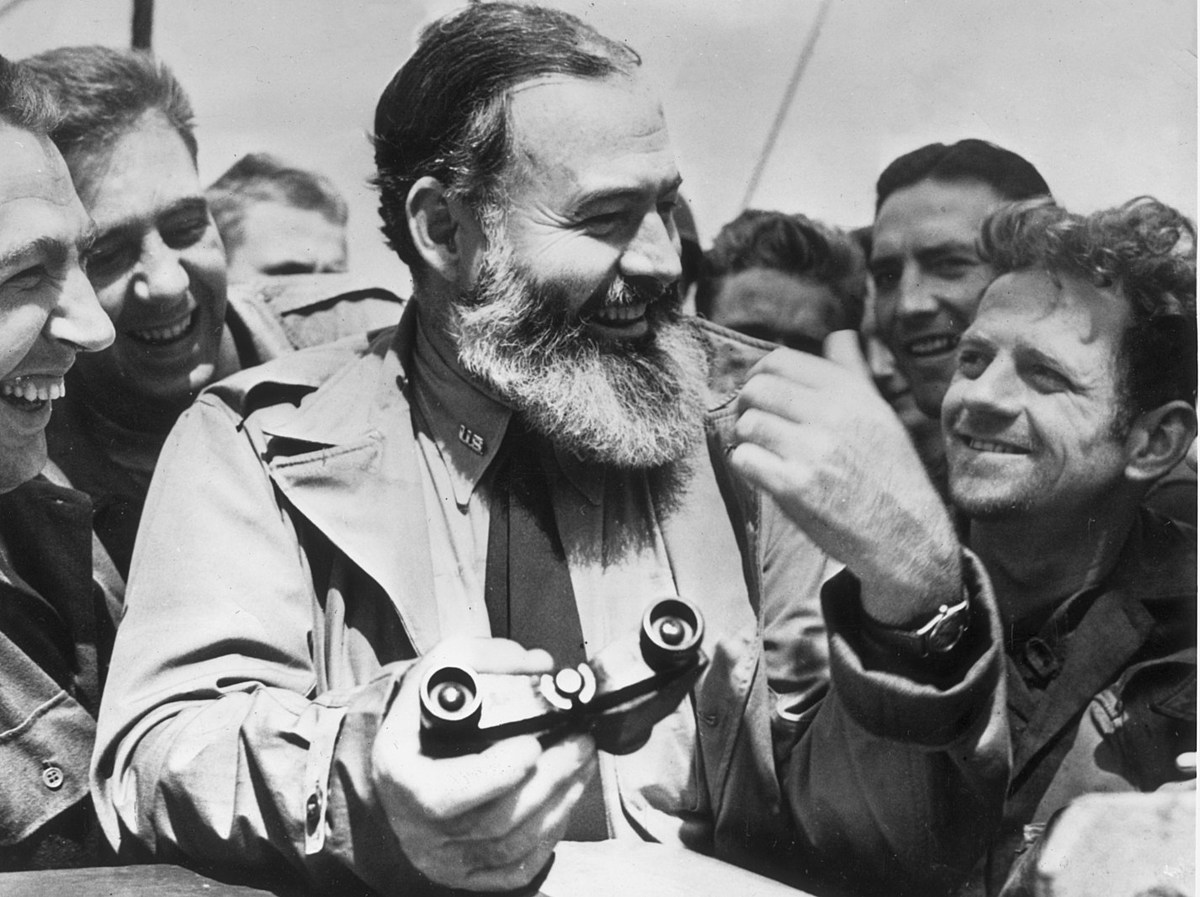 Most of the time when you hear that a celebrity or famous person of some sort is in Wyoming, you always hear Jackson Hole or Yellowstone. That’s not really the case for well known author Ernest Hemingway, he spent time in Cody, in the Bighorn Mountains near Sheridan, one of his marriages was in Cheyenne and even once nearly lost his 4th wife to pregnancy difficulties in Casper.

Hemingway was an adventure craving writer that wrote many incredible novels, like ‘A Farewell to Arms’, ‘The Sun Also Rises’, For Whom the Bell Tolls’ or the Pulitzer Prize winning ‘The Old Man and the Sea’.

Even though life was tough for Hemingway and his ending wasn’t a pleasant one, it’s fun to hear about someone we’ve all heard of, truly loved Wyoming and spent lots of time here.

According to a National Endowment For The Humanities article by Tamara Linse, Hemingway once said to Wyoming rancher Elsa Spear Byron:

There are two places I love: Africa and Wyoming

According to multiple publications like the National Endowment For The Humanities, Hemingway wrote parts of his novels ‘A Farewell to Arms’, ‘Death in the Afternoon’, ‘To Have and Have Not’, ‘Garden of Eden’, ‘Across the River’ and ‘Into the Trees’ while he was in Wyoming.

After reading many articles and researching his life and times, I’ve decided there’s a good reason he was attracted to Wyoming. He had a Wyoming spirit and a sense of adventure.

Biography.com reports that in the 1930’s when he wasn’t writing, he was of on big adventures: hunting in Africa, fighting bulls or deep sea fishing. During World War II he was a correspondent and at many important parts of the war. Through his adventures he had many injuries and even survived plane crashes.

I mean really, his life was a lot like the fictional character Forrest Gump, almost unbelievable at times. Like I said, he had that tough Wyoming spirit.

The Cody Enterprise once reported that Hemingway was brought to town to get stitches to fix up wounds to his face from a horse that got away from him. After they finished patching him up, he went to the outfitter at L-Bar-T Ranch and said he wanted to buy the horse.

“I don’t want him for riding, I want to shoot the SOB!”

After an incredible career and numerous books written, he retired in our neighboring state of Idaho and in 1961, after years of mental and physical health issues, took his own life.

There are many that loved Hemingway’s writing and life story, and those that didn’t. Either way, he lived a wild life and part of it was spent here in Wyoming.

Must Read Books From Wyoming Authors

73 Years Ago The Storm Of The Century Hit Wyoming

73 years ago, in 1949 the storm of the century hit the Western US. Here is a look at some pictures that tell the story…