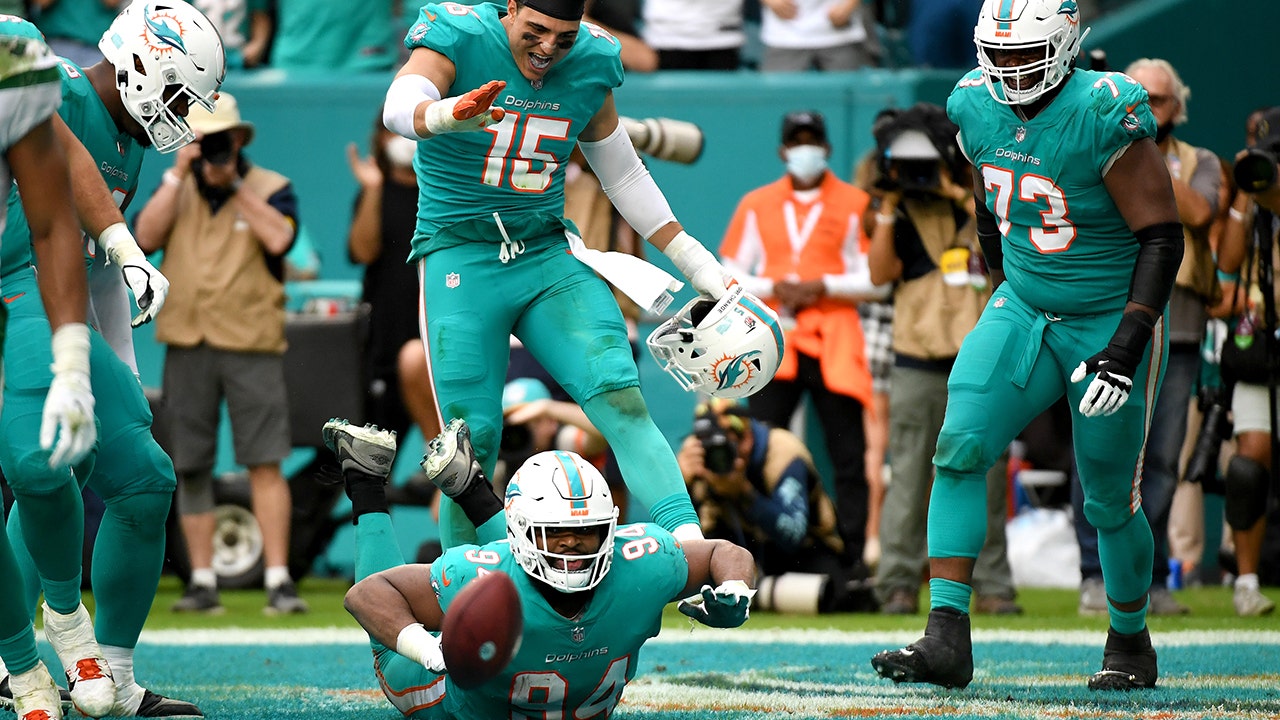 It’s not every game the Miami Dolphins call on defensive end Christian Wilkins to make a play on the offensive side of the ball, but that’s exactly what the 310-pound lineman did Sunday against the New York Jets.

Wilkins lined up as an eligible receiver from the Jets 1-yard line in the second half. Tua Tagovailoa ran play-action and floated the ball to Wilkins for the touchdown to put Miami ahead by a score late in the game.

The score was Wilkins’ second career touchdown. He scored a touchdown in his rookie season in 2019 on a pass from Ryan Fitzpatrick.

Wilkins leaped into a group of fans sitting in the stands behind the end zone at Hard Rock Stadium. After his teammates pulled him out of the crowd, Wilkins busted out the worm in the end zone.

Christian Wilkins (94) of the Miami Dolphins celebrates with teammates after scoring on a touchdown reception against the New York Jets in the fourth quarter at Hard Rock Stadium Dec. 19, 2021 in Miami Gardens, Fla.
(Eric Espada/Getty Images)

Christian Wilkins (94) of the Miami Dolphins celebrates after scoring on a touchdown reception against the New York Jets in the fourth quarter at Hard Rock Stadium Dec. 19, 2021 in Miami Gardens, Fla.
(Eric Espada/Getty Images)

Miami and New York battled all game long. The Tagovailoa touchdown pass to Wilkins helped put the Dolphins up 24-17 with 14:27 left. By that point, Miami had scored 17 consecutive points after trailing 17-7 midway through the second quarter.

Miami needs a win to keep pace in the playoff hunt, while the Jets are looking to avoid falling to the bottom of the NFL.