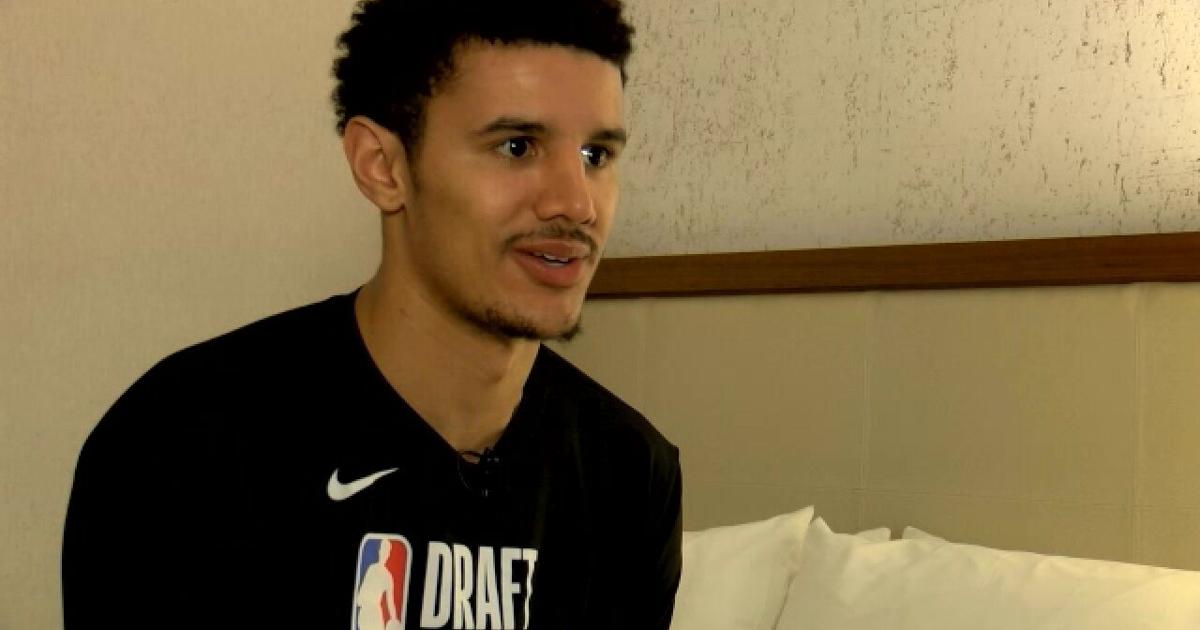 The La Crosse native will hear his named called anywhere in the 5-12 range according to many draft experts.

Regardless, it will be a special moment in La Crosse sports history…a local player picked in the first round of the NBA Draft. It’s a moment that’s been years in the making.

In an exclusive interview with WXOW Sports Director Scott Emerich in New York City, Davis talked about that moment now that it’s here.

Scott Emerich: “When did you first start dreaming about playing in the NBA?”

Johnny Davis: “As soon as I first picked up a basketball. I thought it was always something I wanted to do from a very young age. Now that it’s finally happening, it doesn’t even feel real sometimes.”

Emerich: “What prepared you for this moment to get you here?”

Davis: “Definitely my parents, with the way they raised me. Not only by being a better basketball player but being a better person. Just the amount of connections I’ve made throughout this process and since this season ended I’ve had really great relationships, especially with my agency.”

“I would like to see him play for a team that has a good organization. I think from 5-10 there’s all good organizations. It wouldn’t matter to me. I’m not going to be choosy. I think all of them would be a great fit for them,” said Johnny’s Dad, Mark.

They are with Johnny in New York for the draft which is sort of a “full-circle” moment for the Davis family.

Mark Davis came to La Crosse over 30 years ago to play for the Catbirds in the hopes of building a resume so he could return to the NBA. Tonight, Mark will watch his son Johnny leave La Crosse for the NBA.

“I came there to play basketball. I ended up living there, raising our kids there. Now I have a son that’s going to be in the NBA that’s from La Crosse, Wisconsin. Who would’ve ever thought about that. That would’ve never crossed my mind when I was born,” said Mark.

“It’s a surreal moment for my brother. He’s my twin, my best friend. It’s just crazy to see him in this position. But I’m also proud him and the rest of the family is. I just can’t wait to hear his name get called,” said Johnny’s brother Jordan.

In a matter of a hours, Johnny will see his life change. During the interview, Emerich asked Johnny if he had thought about what that moment will feel like when he hears his name called.

“My body is going to go numb. I’m going to have tghe biggest smile on my face that I’ve ever had. I’m really excited and can’t wait for it.”

Johnny will have plenty of support on hand in New York. His high school coach at Central Todd Fergot will be here. Two of his high school teammates, Noah Parcher and Terrance Thompson have also made the trip.

The first round of the NBA Draft unfolds right here on WXOW with live coverage starting at 7 p.m.

We’ll have coverage of where Davis ends up in the draft here on WXOW.com with reaction from his family and from Johnny himself coming up on the 10 pm Report.