Out of form second-rower, Tariq Sims, has missed out on a spot in the Dragons’ lineup for a second consecutive week, named on the bench for tonight’s clash against the reigning premiers.

The omission has only spurred speculation about the Origin forward’s future with the Dragons, and whether he will request an early release to join the Storm.

Sims looks set to sign a new deal with the Storm for 2023. 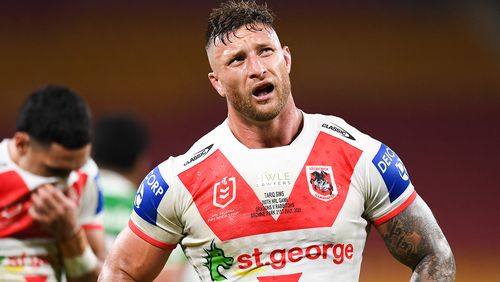 However, coach Anthony Griffin, said Sims was “100 per cent” part of his plans for this season, and all he needed was match fitness.

“Tariq just needs minutes, and as I keep saying, he had a really interrupted off-season,” he told The Sydney Morning Herald.

“There are no plans at all to [cut him loose].”