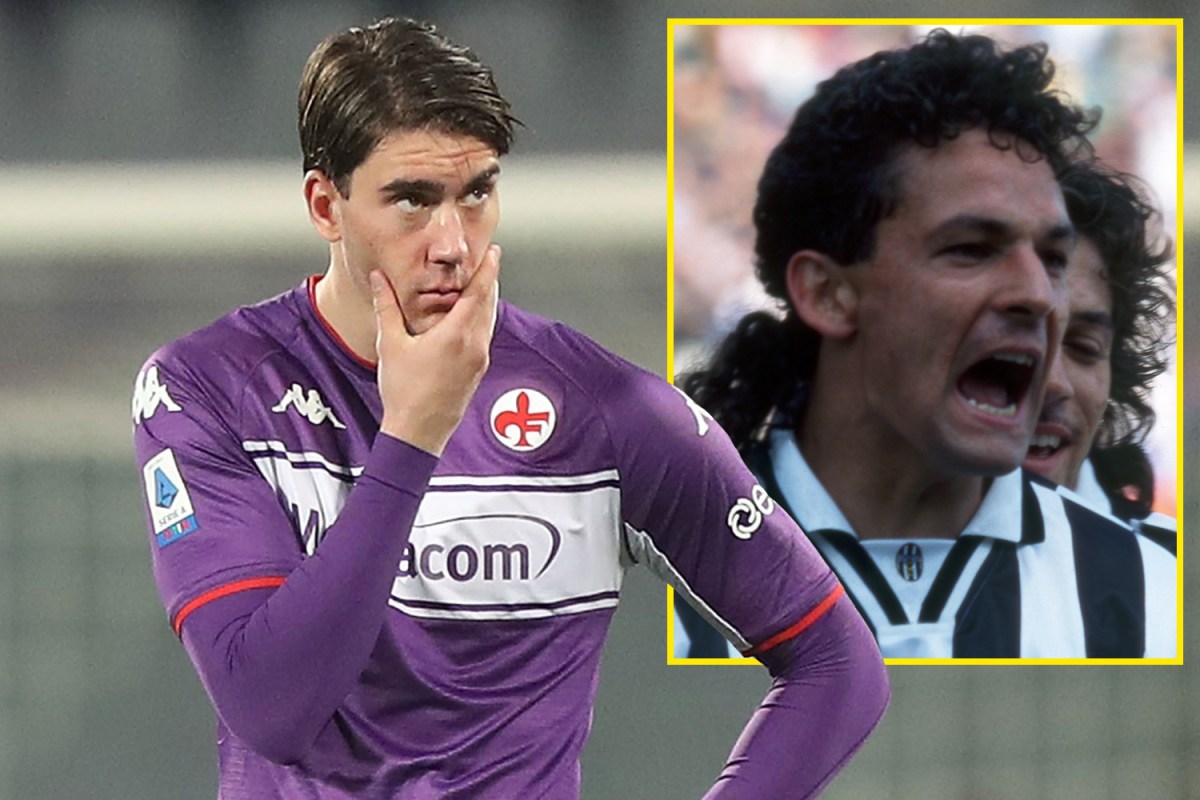 We’re clearly going to be hearing Dusan Vlahovic’s name more and more, but for Fiorentina fans, their hero could soon become a pariah.

The Serbian striker is attracting Erling Haaland-like attention with his incredible goal-scoring in Tuscany, and with each goal another name from Europe’s elite are linked with a move.

33 goals in 2021 saw Vlahovic match Cristiano Ronaldo’s Serie A calendar year record, and his foot has stayed firmly on the gas into the new year, with 17 goals in 21 games for the season.

Arsenal are desperately trying to seal a deal for the 21-year-old hotshot before Champions League regulars start making their offers, but they may already be too late.

Rumours are rife that Vlahovic’s desire is a move to European giants Juventus, but the Viola star would be well-advised to read up on some Italian football history.

Most footballing rivalries are borne out of proximity in the league standings or on a map, but Fiorentina’s hate for Juventus is unique in that it comes from the transfer market.

As the dominant side in modern Italian football, Juve have always looked to Florence in a manner that makes Liverpool’s relationship with Southampton appear nothing more than a minor flirtation.

Academy product Federico Chiesa made the move in 2020 to much anger, while Federico Bernardeschi similarly received dog’s abuse when he made the jump in 2017.

However the hate can be tracked back all the way to 1990, when Juve poached one of the greatest talents Italy has ever produced.

Roberto Baggio was Fiorentina’s new hope when they gave him his top flight debut in 1985, but without a trophy on show, Juventus knew they had their chance.

Smuggling Baggio back to Turin in the back of a limousine in the middle of the night, Juve captured one of the game’s great No.10s in 1990 for a world record £8million at the age of just 23.

Thinking they’d managed to get away scot-free for selling their greatest ever player, Fiorentina couldn’t have been more wrong with riots beginning as soon as news emerged of Baggio’s exit.

There weren’t so many tears as tear gas, with as many as 50 people hospitalised in one of the calmest and most beautiful regions of Europe, with Florence in shock that they’d lost their greatest artist since Leonardo da Vinci.

Baggio later revealed that he didn’t even want to go, “I was compelled to accept the transfer,” he said. “Deep in my heart, I am always purple.”

The fact was backed up by Baggio refusing to wear a black and white scarf upon his unveiling, and later in their first match, these weren’t just words from a player avoiding scorn.

If any further proof was needed of the empathy for the hurt his move had caused, Baggio’s first game back in Florence left Juve fans red-faced about getting one over on the little guys.

Baggio, one of the greatest dead ball specialists the game has ever seen, refused to take a penalty against his old club with Luigi De Agostini missing from the spot, handing Fiorentina the win.

The ponytailed playmaker won the Ballon d’Or whilst in Turin in 1993, but was never quite the same player many Fiorentina fans had pinned their hopes and dreams on.

Stints at AC Milan, Bologna, Inter and Brescia followed, but the biggest moment of Baggio’s career was another decisive penalty, the one that lost Italy the 1994 World Cup.

Vlahovic undoubtedly doesn’t have the same links to Florence as Baggio due to his arrival from abroad, and he’s often keen to show his love for the fans.

Many reports even claim he wants to delay his move until the summer out of respect for the team he is currently leading to an unlikely charge towards European football.

However, any goodwill will be gone in an instant if Vlahovic choses Juventus as his destination, with Baggio’s shadow a stark reminder that there’s some moves in football that you just don’t make.