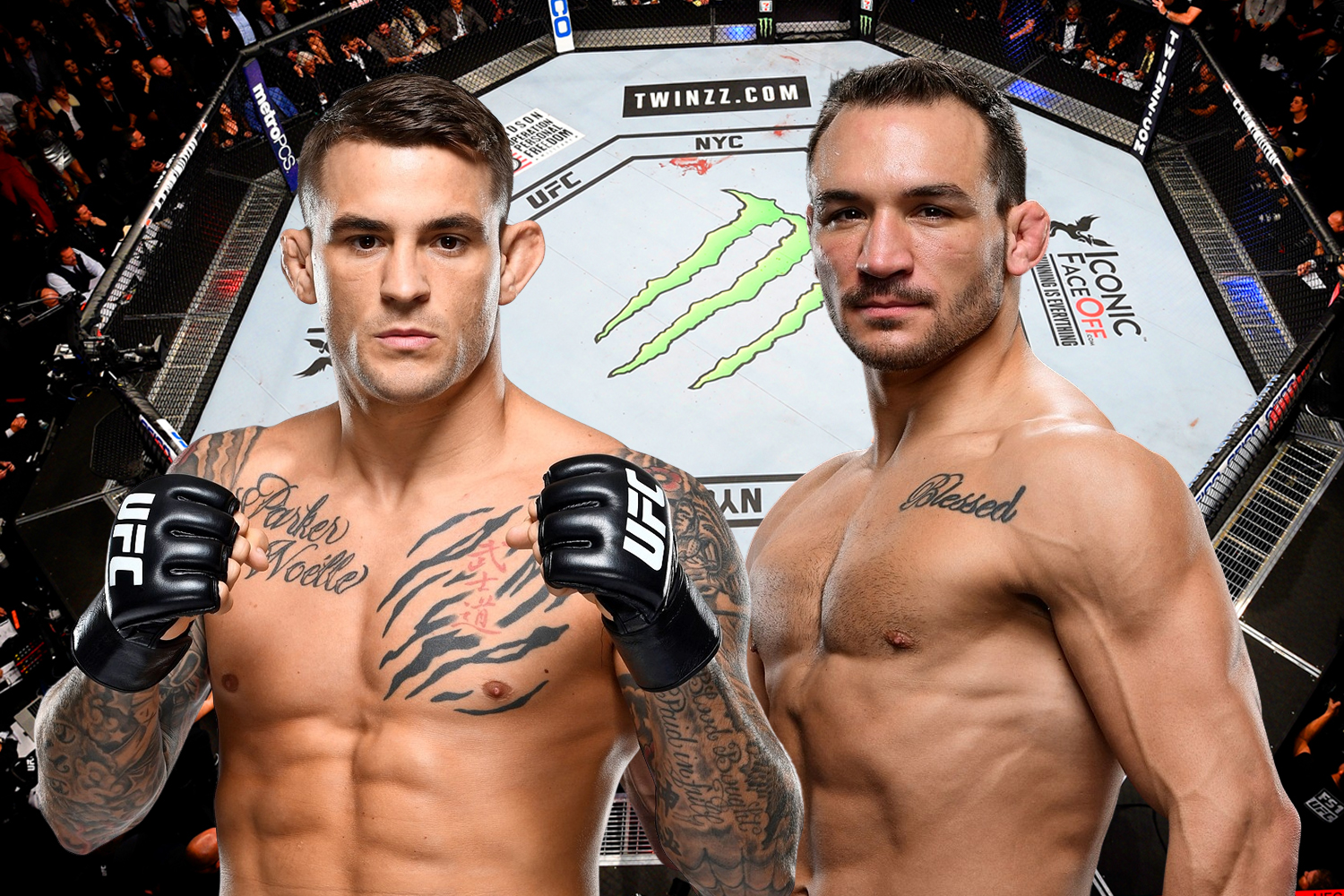 The UFC’s upcoming event in New York is beginning to take shape after it was reported Dustin Poirier will likely face Michael Chandler on the card.

On Wednesday, veteran MMA reporter Ariel Helwani claimed the exciting lightweight bout is ‘close to being finalised’ for UFC 281 which will take place at Madison Square Garden in New York on November 12.

“Multiple sources are telling me that the highly anticipated, much-discussed fight between Dustin Poirier and Michael Chandler is close to being finalised for that return card at MSG in November,” Helwani said on the latest episode of The MMA Hour.

A fight between Poirier and Chandler has been at the top of a lot of MMA fans’ wishlists since they clashed at UFC 276 in July.

Both men were in Las Vegas for UFC’s huge International Fight Week pay-per-view event, but it was Poirier who grabbed Chandler’s attention as his lightweight rival passed by.

The security at UFC 276 stepped in to break up the confrontation but that didn’t stop Poirier and Chandler who both made separate attempts to get to one another.

UFC president Dana White has made it clear that as well as Poirier vs Chandler he’d also like to see Paddy Pimblett make his pay-per-view debut in New York later this year.

However, ‘The Baddy’ has categorically ruled out fighting in The Big Apple as he is worried about being taxed a big chunk of his purse if he fights at UFC 281.

The 27-year-old is on the brink of superstardom after picking up three stoppage victories and a legion of new fans since joining the UFC in 2021.

After back-to-back fights in England, it appears that the UFC plans to take arguably their brightest prospect to America for his next few fights and it could be a while until he competes again on British soil.