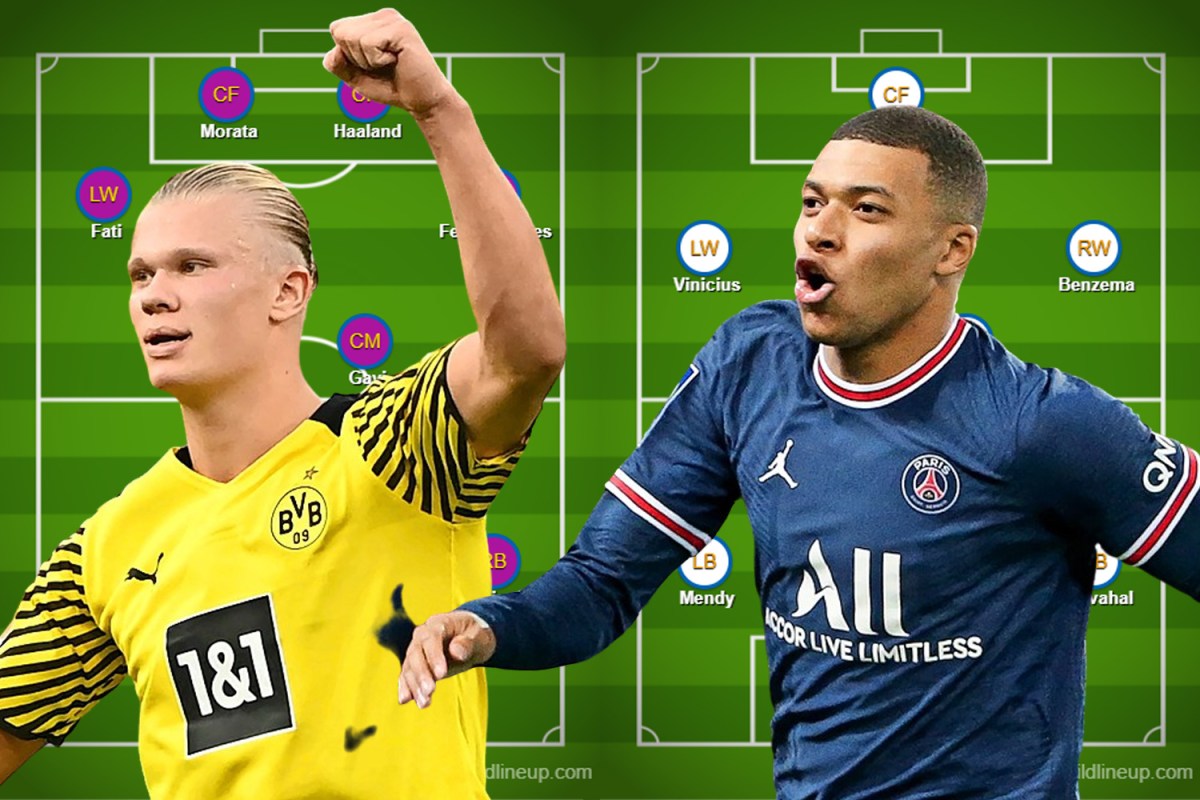 Undoubtedly the biggest game between two rivals in world sport, El Clasico has long been the match everyone wants to play in, outperforming the likes of the Super Bowl when it comes to viewing figures.

Real Madrid vs Barcelona is club football’s showpiece, with arguably the two grandest sporting institutions in the world facing off with the attraction of the greatest players in the game on show.

And that was never more true than between 2009 and 2018, with Cristiano Ronaldo and Lionel Messi staging perhaps the most must-watch sporting rivalry for fans the world over.

But even before Messi followed Ronaldo out of Spain in the summer of 2021, things had begun dropping off in the Portuguese’s absence.

A year of Messi and Luis Suarez’ dominance was replaced by the Karim Benzema show, and with both teams completely lacking direction in the coaching department, the games became stodgy and lacking in identity.

Luckily for fans of the most beautiful fixture in the beautiful game, a rivalry has been reignited off the pitch, with the return of Barcelona president Joan Laporta sending shivers down the spine of Madrid’s Florentino Perez.

The man behind Barca’s golden period under managers Pep Guardiola, Tito Vilanova and Luis Enrique returned to the club early last year, but began on a low note, with his head bowed, announcing the team’s £1.2billion worth of debt left by the disastrous previous regime.

Things only got worse when Messi and Antoine Griezmann were allowed to leave for free, while the club’s Spain internationals began taking pay cuts – and they couldn’t even afford to fire lame-duck manager Ronald Koeman.

An intervention from investment bank Goldman Sachs and months in front of the computer for director Mateu Alemany are bringing brighter days, though, with new manager Xavi Hernandez in situ, and even enough wiggle room to bring in £46million Ferran Torres.

The Torres move has raised eyebrows across Europe less than a year after pleading poverty, but more may be set to come, with interest in Erling Haaland and Alvaro Morata.

“Everyone had better get ready because we’re back,” Laporta said at Torres’ unveiling as a Barca player. “And with the desire to do good things.

“We’ve got our status back. The resurgence of Barcelona is a reality.”

When asked about Haaland, his smile didn’t shrink either, “Everything’s possible,” he said.

And it’s not just the transfer market where things are improving, fans are already getting excited about academy graduates Ansu Fati, Pedri and Gavi who are already fully-fledged Spain internationals.

Smiles could return in the summer transfer window after years of Champions League humiliation and enough ‘remontada’ comebacks to leave the most strong-willed fan in pieces, but back in the capital, plans are afoot.

With the days of Zinedine Zidane middle-ground now firmly in the past, Madrid are starting to lose their over-reliance on aging stars.

With Carlo Ancelotti in charge, the likes of Vinicius Jr. and Eduardo Camavinga are emerging as bonafide superstars, alleviating the stress on Benzema and Luka Modric.

They will very likely be joined by another too, with Kylian Mbappe desperate to move to the Spanish capital for free, while Paul Pogba and Antonio Rudiger’s expiring contracts have left Perez licking his lips ahead of summer 2022.

It’s still some way back to the top for two sides saddled with unwanted high-earners such as Philippe Coutinho and Gareth Bale taking up unnecessary salary cap space, but things are starting to change.

Years of gorging themselves in the transfer market on disastrous signings such as Eden Hazard and Ousmane Dembele are being replaced by smart decisions at managerial and board level, and things appear to be on the up.

Whether that means El Clasico will ever reach its Messi vs Ronaldo peak once again remains to be seen, but with Haaland and Mbappe potentially facing off, Barcelona and Real Madrid look well prepared to take their places back at the top of the game.