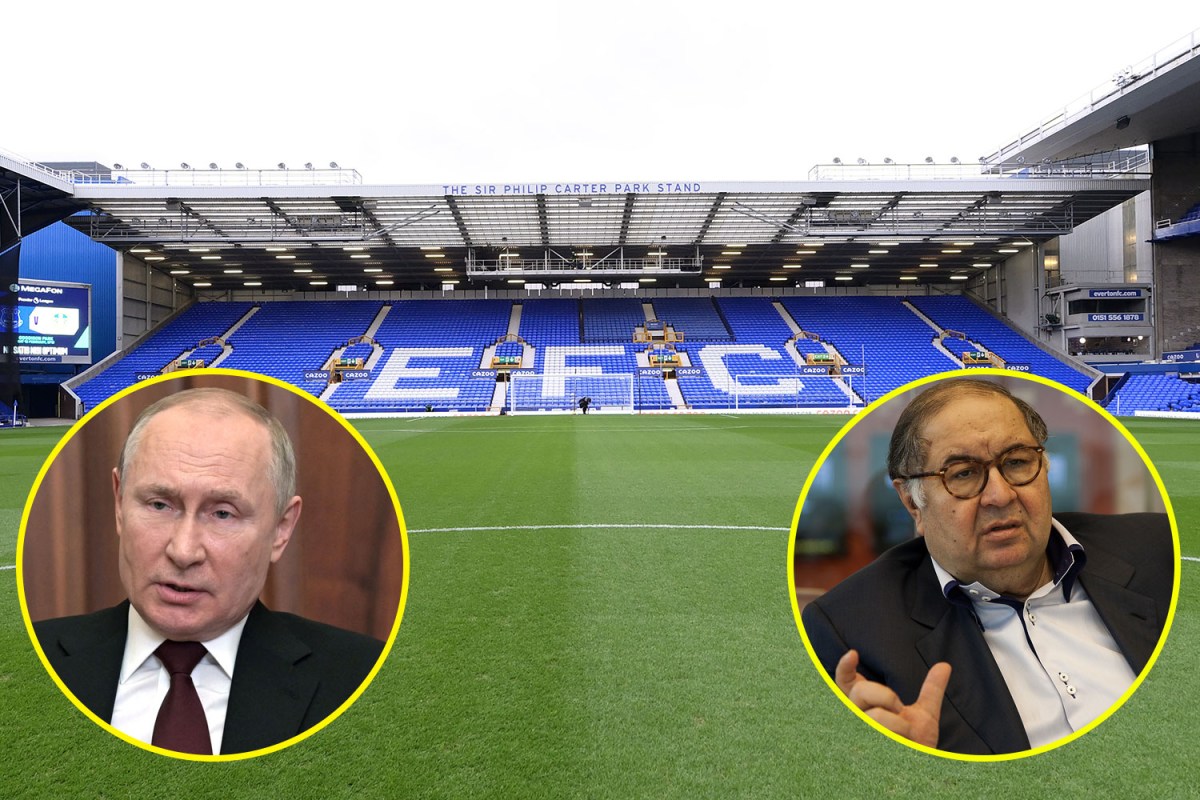 Everton have suspended all sponsorship deals with Russian companies as a response to the invasion of Ukraine.

The Premier League club has confirmed their partnerships with USM, Megafon and Yota have been suspended with immediate effect.

All three companies are associated with Alisher Usmanov, the Uzbekistan-born Russian billionaire who is a major backer of the club through his close working relationship with majority shareholder Farhad Moshiri.

Everton’s statement read: “Everyone at Everton remains shocked and saddened by the appalling events unfolding in Ukraine.

“This tragic situation must end as soon as possible, and any further loss of life must be avoided.

“The players, coaching staff and everyone working at Everton is providing full support to our player Vitalii Mykolenko and his family and will continue to do so.

“The club can confirm that it has suspended with immediate effect all commercial sponsorship arrangements with the Russian companies USM, Megafon and Yota.”

Everton have been under increasing pressure to act due to Usmanov’s ties with Vladimir Putin, something that has led him to being sanctioned by the European Union.


‘I’m sick and tired of being a Spurs fan!’ – O’Hara loses it after Boro defeat

Following Russia’s invasion of Ukraine, the EU added ’26 persons’ to the list of those affected with sanctions including an asset freeze, a prohibition from making funds available to the listed individuals and entities, as well as a travel ban to prevent them passing through the EU territory.

In an official statement from the European Union, Usmanov was described as a ‘pro-Kremlin oligarch with particularly close ties to Russian President Vladimir Putin’.

The statement added: “[Usmanov] has been referred to as one of Vladimir Putin’s favourite oligarchs.

“He is considered to be one of Russia’s businessmen-officials, who were entrusted with servicing financial flows, but their positions depend on the will of the President.”

In response, Usmanov described the sanctions as ‘unfair’, saying in a statement of his own: “On 28 February 2022 I became the target of restrictive measures imposed by the European Union.

“I believe that such decision is unfair, and the reasons employed to justify the sanctions are a set of false and defamatory allegations damaging my honour, dignity and business reputation.

“I will use all legal means to protect my honour and reputation.

“I hereby suspend the exercise of my duties as the President of the International Fencing Federation effective immediately until justice is restored.”

Sensitivity around the situation is paramount at Goodison Park with Ukraine star Vitaliy Mykolenko part of Frank Lampard’s squad.

Mykolenko looked visibly emotional on Saturday ahead of his side’s clash with Premier League leaders Manchester City at Goodison Park.

The 22-year-old was seen in deep in conversation with City’s Oleksandr Zinchenko before and during the match as both clubs showed their support for their home nation.

Hitting out at Russia national team skipper Dzyuba, the Everton man wrote: “Whilst you remain a silent b**** along with your s***head football teammates, peaceful civilians are being killed in Ukraine.

“You will be locked in a prison for the rest of your life and most importantly the lives of your kids. And I’m glad.”