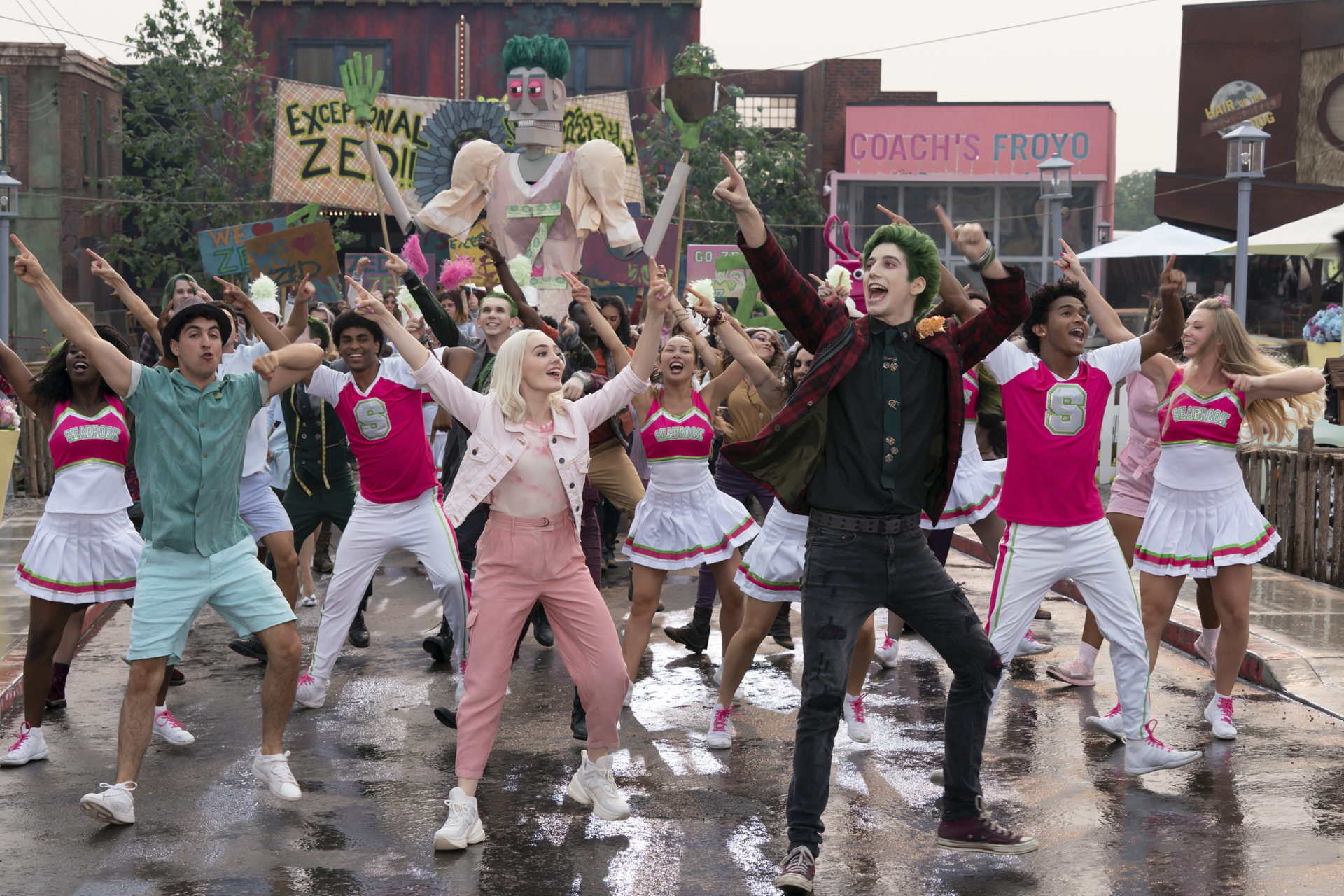 Music has always played a key role in Disney films, whether that’s in the form of licensed tracks, original songs or a cinematic score.

The Zombies trilogy has been no exception to this as the musical movies are jam-packed with toe-tapping and emotional songs.

Zombies 3 is the newest entry in the franchise and its cast shines once again as they perform a number of tunes throughout but which songs feature in the soundtrack?

Zombies 3 danced its way onto Disney+ on Friday, July 15th, 2022 while an extended cut will premiere on the Disney Channel on August 12th at 8pm.

The film continues the story of zombie football player Zed and cheerleader Addison as they embark on their final year at Seabrook High.

After years of squabbles, the town has finally become a safe haven for zombies and humans alike and both Zed and Addison are looking forward to the next stage of their lives, college.

Before the couple can take their next steps, there is one last thing to do in Seabrook as the town prepares to open its brand-new cheer pavilion and Addison invites a host of cheerleading teams from around the world to compete in an international cheer-off.

However, the competition also attracts the attention of a group of intergalactic outsiders as a group of aliens arrive in Seabrook to compete – although the residents of the town quickly grow suspicious of the new arrivals when they discover that they may be looking for more than just friendly competition.

Like the previous two films in the trilogy, Zombies 3 is filled to the brim with catchy songs that’ll be stuck in your head for days.

The songs that feature in the soundtrack of Zombies 3 are:

Listen on Spotify and Apple Music

To coincide with the release of Zombies 3, the official album for its soundtrack has also been made available on music streaming platforms around the world.

Featuring all but one of the songs from the movie – mysteriously missing What Is This Feeling ­– the album is available now on Spotify and Apple Music after releasing on July 15th.

As well as the songs from the movie, the album even features a track that includes a medley of music from the movie’s score which was composed by George S. Clinton and Amit May Cohen who both worked on the previous two films.

Zombies 3 is available to stream now on Disney+ after releasing on Friday, July 15th, 2022.

In other news, Is Obi-Wan Kenobi: The Patterson Cut streaming online?