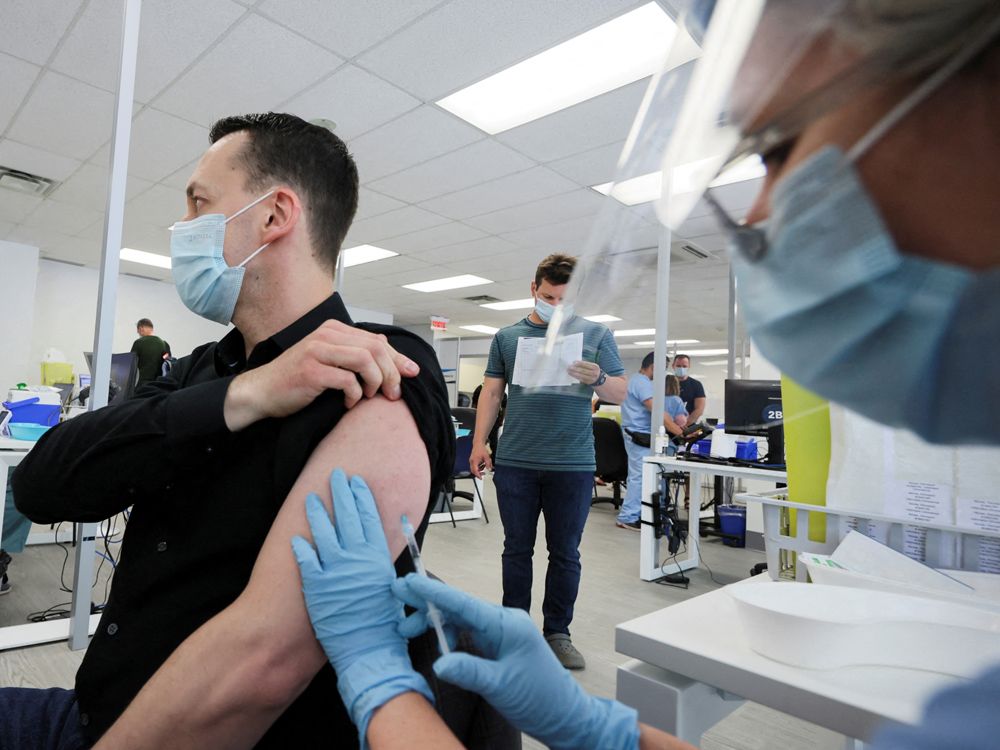 Canada has identified 957 confirmed cases of monkeypox since the first one was reported on May 19. Since July 1, the number of cases has doubled and the country has now seen its first case in a female, according to the Public Health Agency of Canada (PHAC). Recently, the World Health Organization (WHO) declared a public health emergency of international concern. And this week, the United States declared its own public health emergency over the monkeypox outbreak. Here’s everything you need to know about monkeypox, how it spreads and how to determine if you might have it.

Monkeypox is a viral infection that is often accompanied by a rash. The virus itself isn’t all that new to scientists. According to the WHO, monkeypox was first identified in humans back in 1970 in the Democratic Republic of the Congo. Since then, human cases have been identified in 11 African countries. In May 2022, monkeypox cases began to be identified in several non-endemic countries outside Africa. It is still unknown why the virus is spiking now.

What are the symptoms?

According to PHAC, people usually develop symptoms five to 21 days after exposure to the virus and symptoms last for two to four weeks. In addition to a rash, people can experience a fever, chills, swollen lymph nodes, headache, muscle pain, joint pain, back pain and exhaustion. The rash, which typically lasts between 14 and 28 days, can affect any part of the body, including the mouth, genitals, perianal, face, arms, legs, feet and hands. The rash can evolve into pustules (lesions filled with yellowish fluid) and will finally form scabs that fall off.

How does it spread?

Monkeypox doesn’t spread as easily as COVID-19. According to PHAC, current evidence suggests that monkeypox spreads in three ways: person to person, through direct contact with contaminated objects, and from animals to humans. Proper hand hygiene can help reduce the spread of the virus from objects. It can spread through contact with an infected person’s lesions or scabs or through contact with their body fluids. Health officials say more information is needed about the virus’ ability to spread through respiratory droplets, but masks may be helpful. Because monkeypox is generally spread through close skin-to-skin contact, Dr. Horacio Bach, a clinical assistant professor in the Division of Infectious Diseases at the University of British Columbia, said people should be mindful of their sexual partners, especially if they have multiple partners.

What to do if you think you have monkeypox

Monkeypox can look similar to other infectious diseases and even sexually transmitted infections, including chickenpox, herpes and gonorrhea. If you think you might have it, consult a health-care provider who will determine if you should be tested. If you do have it, your local public health authority may require that you isolate to prevent further spread. Most often treatments just involve wound care, pain control and treatment of any complications, such as an infection.

Most people recover without treatment, but there have been severe cases. Historically, the case fatality rate of monkeypox has ranged from zero to 11 per cent in the general population and has been higher in younger children. In recent times, the case fatality rate has been around three to six per cent, according to the WHO. The strain that is currently spreading has had a fatality rate of around one per cent in previous monkeypox outbreaks. So far, the current outbreak has been less fatal in non-endemic countries, many of which have stronger health-care systems. There have been more than 25,800 cases globally and only three countries outside of Africa have reported deaths, Reuters reported.

Is there a vaccine?

Health Canada has authorized the Imvamune vaccine for adults 18 and older who are at a high risk of exposure. According to Tam, the federal government has already distributed more than 70,000 doses of the vaccine. The National Advisory Committee of Immunization recommends the vaccine for people with high-risk exposures to a probable or confirmed case of monkeypox, but each province and territory determines its own immunization programs. People should contact their local health authorities to find out if they are eligible.

Who is getting monkeypox?

So far, most of the cases have been identified in men who have sex with men.

“In line with international trends, the majority of cases in Canada reported intimate sexual contact with other men. To date, less than one per cent of cases reported nationally were in females or people under 20 years of age,” Dr. Theresa Tam said on July 27. “Although we are aware of international cases involving women and children, these account for one per cent or less of cases with available data. Nevertheless, this is a reminder that monkeypox virus can spread to anyone through close contact with an infected person or contaminated items.”

The Public Health Agency of Canada has recommended practicing safer sex and “having fewer sexual partners, particularly anonymous partners, even when they don’t have symptoms.” But Bach warned against stigmatizing anyone from the LGBTQ+ community.

“Whenever any kind of infection is linked with sexual transmission it comes with a stigma because we live in a society and in a world that stigmatizes sex,” said Carmen Logie, an associate professor at the University of Toronto. “Monkeypox is not considered a sexually transmitted infection, but it has been transmitted through close sexual contact, because of that transmission it has now been stigmatized because we do stigmatize anything that has to do with sex.”

A number videos have surfaced across social media showcasing what living with the virus is like. Many of them have displayed the rash. Tanil Raif, a TikTok influencer with over 43 thousand followers shared his story on how he contracted the virus.

— With additional reporting from Reuters

For more health news and content around diseases, conditions, wellness, healthy living, drugs, treatments and more, head to Healthing.ca – a member of the Postmedia Network.