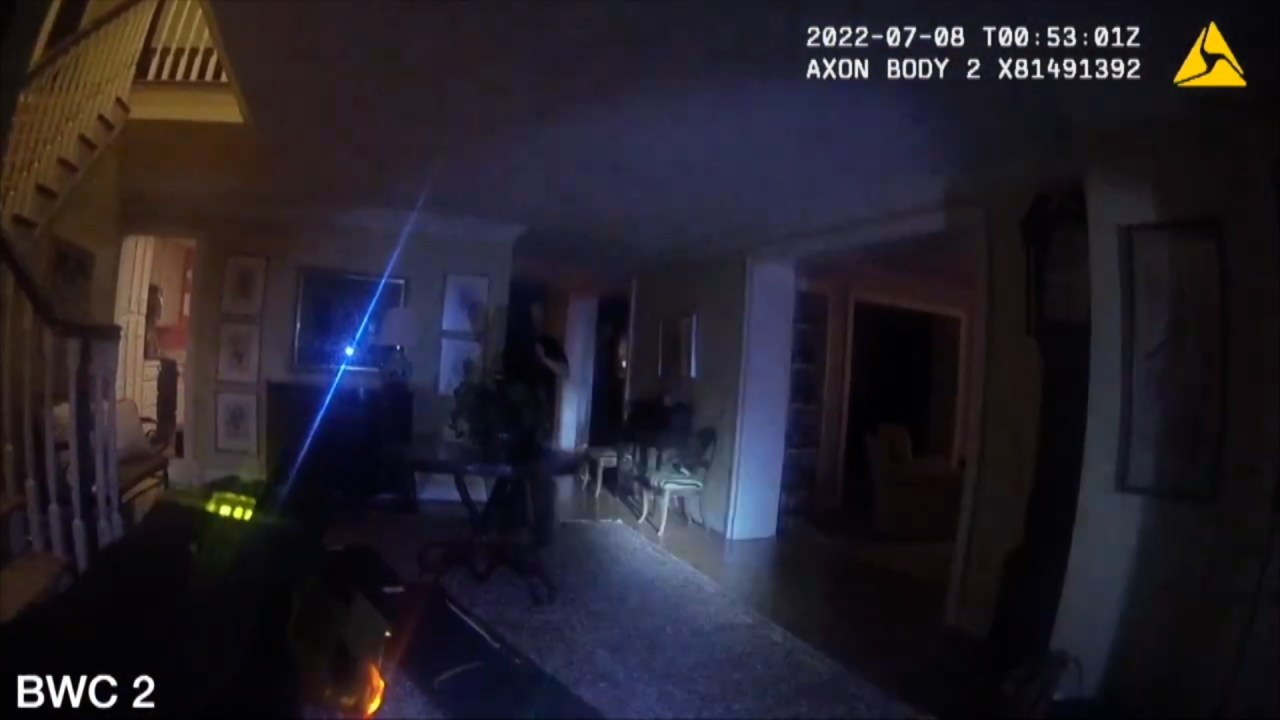 FAIRFAX COUNTY, Va. (DC News Now) — Nearly one month after one of its officers shot and killed a man in a mental health crisis, the Fairfax County Police Department released body camera footage from the incident.

In addition to the body camera footage, FCPD released the audio of a 911 call between a dispatcher and Lynch’s sister’s boyfriend. During that call, the boyfriend described Lynch as throwing and breaking things, and he is “a little frazzled” and “mentally unstable” when someone is inside the house. The boyfriend also said there were no weapons in the house.

Police were initially called a first time, but could not find Lynch. During that call, a clinician was with the responding officers.


One dead after shooting involving officer in McLean

The response following the second call was conducted by three officers, all of whom were trained in crisis intervention, according to Police Chief Kevin Davis.

After speaking with Lynch’s sister and her boyfriend outside the home, officers entered to find Lynch standing with a decorative tribal mask in one hand, and a champagne bottle in the other. Lynch threw the mask toward the officers, and then police say he ran toward the officers swinging the bottle.

Two officers used their tasers, while George, the third officer, fired and hit Lynch with his gun four times.

“Our clinicians’ training and experience would obviously be at a much higher level,” Davis said. “So in the event that it’s safe to communicate and safe to negotiate, our clinician would be there to do just that.”

Lynch’s parents, Pat and Kathy, released a statement on Thursday.

“Our son, Aaron, was experiencing a severe mental health crisis on July 7. He was scared and asked for both of the 911 calls that were made that day. We believe that the three police officers who answered the second 911 call could have, and should have, handled this far differently. To respond to Aaron’s mental health crisis by shooting him at all, let alone multiple times, cannot be justified. We recognize that, at times, police officers face grave and unknown dangers in the line of duty, but that was not the case for that call at our home regarding our son. Aaron was about 5’ 6”, slightly built, and holding just a bottle and a decorative mask.

As parents, we mourn the heartbreaking loss of our son and are left with only memories and regret. Had we known there was any possibility that the police responding to the second 911 call would use lethal force against Aaron during a mental health crisis, we would not have involved them until a mental health counselor could be present, as was the case for the response to the first 911 call. We hope our efforts to find out more about this incident will, in the future, help families in similar situations avoid such a tragic outcome.

Davis said only one clinician is available to ride with a police officer, although the department receives about 33 calls for service for mental or behavioral health crises daily. In all, Davis said less than 1% of those calls annually end with the use of force.

As part of a co-responder team policy, the police will get 16 clinicians to ride with officers. However, the program is in its infancy, and only one is on staff.

You can watch the entire video released by police here — please note that the video contains disturbing content.