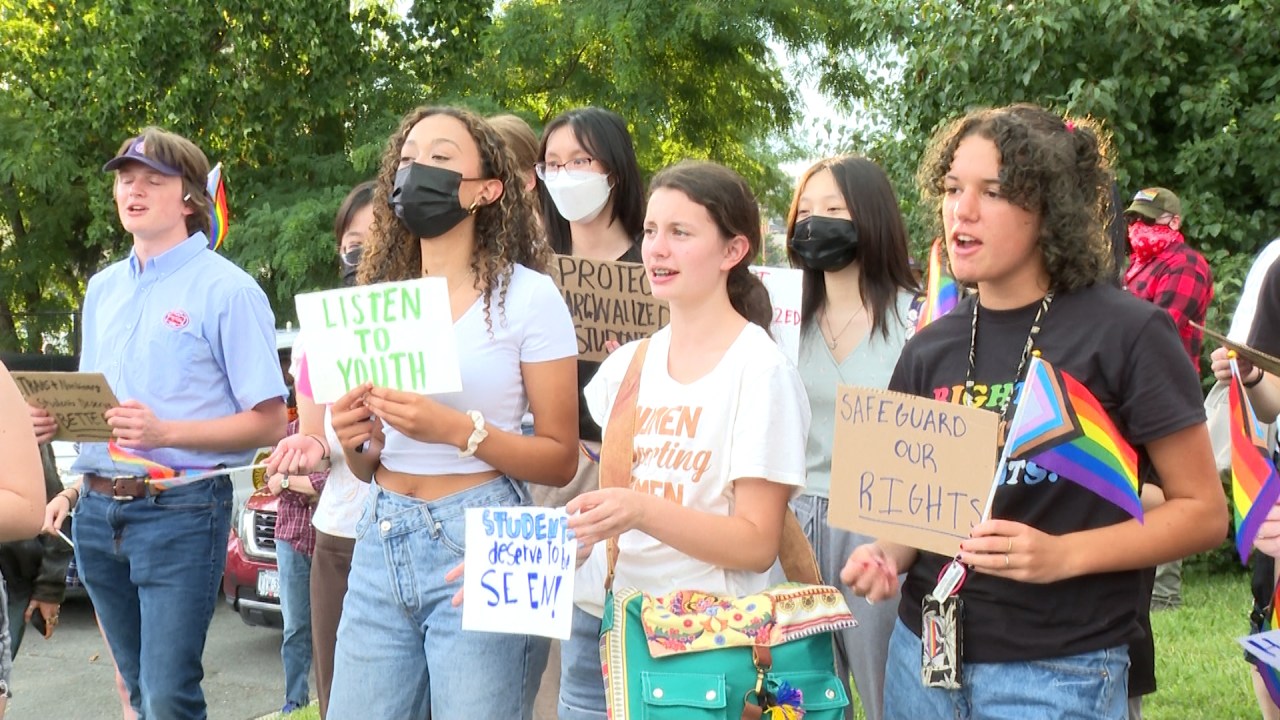 FAIRFAX COUNTY, Va. (DC News Now) — Students in Virginia’s largest school district held a rally on Thursday night ahead of a scheduled school board meeting. They called on board members to make changes to how they’re taught sex education.

Students chanted, “Student voices must be heard,” and “Co-ed FLE.” FLE, or Family Life Education, is currently taught in two separate groups in Fairfax County Public Schools — one for boys, and one for girls. That’s not uncommon in Virginia, though some school districts including neighboring Arlington County Public Schools have started co-ed sex education.

Rivka Vizcardo-Lichter, a rising 10th-grade student and organizer with Pride Liberation Project, spoke to DC News Now about why she hopes for co-ed FLE.

“Having these classes separated is harmful to transgender [and] non-binary students and, in general, creates a lack of knowledge,” she said.

Back in May, the Fairfax County School Board was presented with a proposal by a committee that studies the class. In that proposal was a recommendation for co-ed courses, as well as opting to explore the inclusion of gender identity in the courses.

Citing research, the report reads: “In a gender combined class students also have opportunity to learn about individuals who are different from themselves and practice communicating about sensitive topics building skills that will be important to healthy relationships.”


Here are 5 LGBTQ pride flags and what they mean

However, the board opted to hold the recommendations to allow for an “extended community review” in the upcoming school year. Therefore, even if the board does eventually approve the changes, they would not go into effect until the 2023-24 school year.

Across the parking lot from the group of students was strong opposition to the proposed changes.

“We believe that the school system needs to focus on math, reading, science, and proper U.S. history,” said Fredy Burgos. “And not sexualizing our children.”

Burgos urged action at the ballot box if the current school board moves forward with co-ed FLE — or a number of topics he opposed.

“There’s nothing to teach about gender,” he said. “There’s only a man and a woman, simple as that… Anything other than that is a lie, it’s deceitful, and it’s against God.”

The students want their voices at the forefront and they’re worried about what happens if the board does not act to protect their interests.

“Having them separated by gender is very harmful and is a step backwards for transgender and non-binary students who either may feel they don’t fit into the girls class or the boys class, and closeted transgender students who may want to go to another class but it’s not safe for them to say so,” Vizcardo-Lichter said.