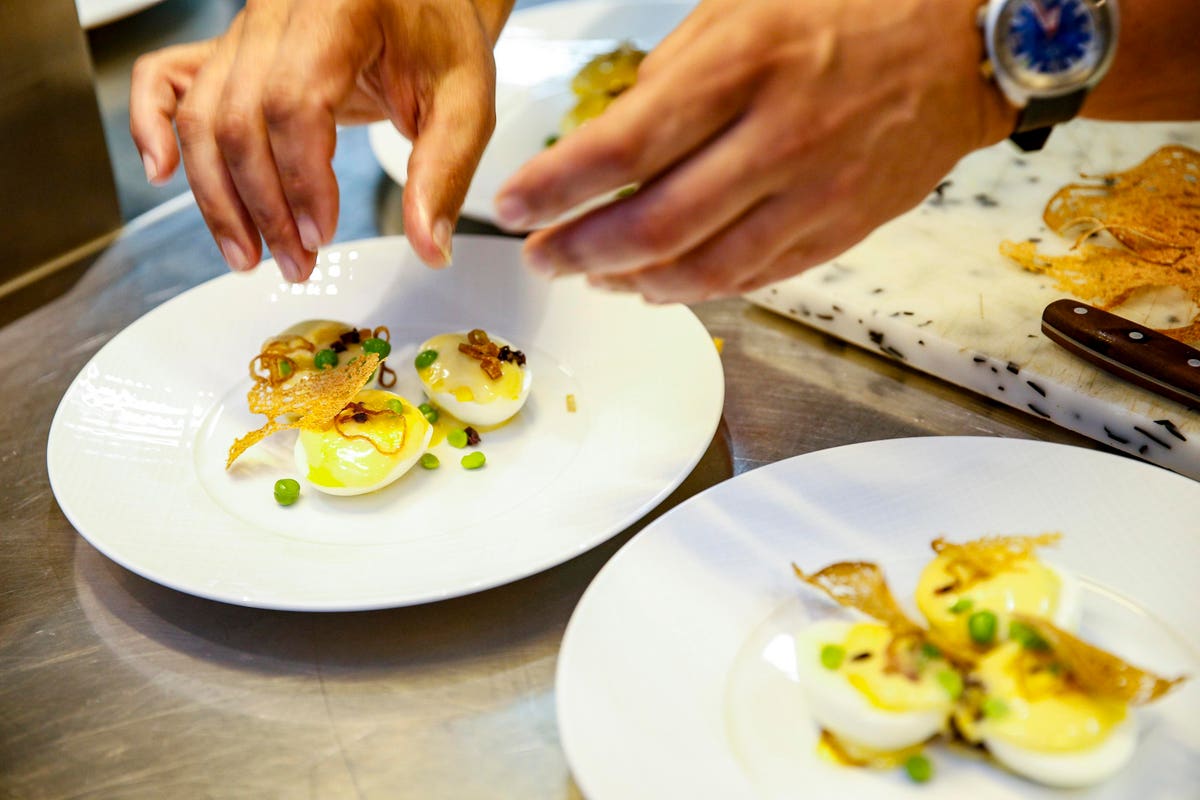 Lots of people can recount the past two years of the pandemic in terms of the changes in what they ate–whether that be piling shelves high with canned foods, attempting sourdough starters or turning to frozen food. France also saw a big move towards organic food and old-fashioned root vegetables, for instance. Canned/boxed wine and delivery companies have also been big winners.

As Deliveroo recently announced its most ordered dishes across France for 2021, there were a few surprises. The most delivered dish across France was Eggs Mayonnaise–Les œufs Mayonnaise–from Paris bistro Bouillon Service. Its eggs were christened the best in the world in 2019 and are described on the menu as such–”Champions du monde“.

Whilst other countries might consider eggs mayonnaise only fit for sandwich filling, France is incredibly fond of its classic dish. As reported by The Local, it is served as a starter, an hors d’oeuvres, where a large egg is gently boiled to where it is still slightly liquid, then left to cool, peeled and sliced in two. A mayonnaise and mustard sauce is drizzled over the top.

Deliveroo has also published its list of most-ordered dishes across the globe in 2021, as reported by The Independent. Four of the Top Ten dishes were poke bowls, with the Salmon Poke from Pokèria by NIMA in Florence coming in at number one for the most ordered dish. A double cheeseburger from MacDonald’s in Hong Kong made the list, as did a cheeseburger from Five Guys in London. Kebabs featured highly on individual country lists.

On the U.K. list, avocados from supermarket chain Waitrose came in at 10th place and a four-pint carton of fresh semi-skinned milk from the CoOp supermarket in Bournemouth came in at number 16. Fair-trade bananas made the list at number 45, proving that lockdown households, were also in search of healthy, along with comfort and convenience.