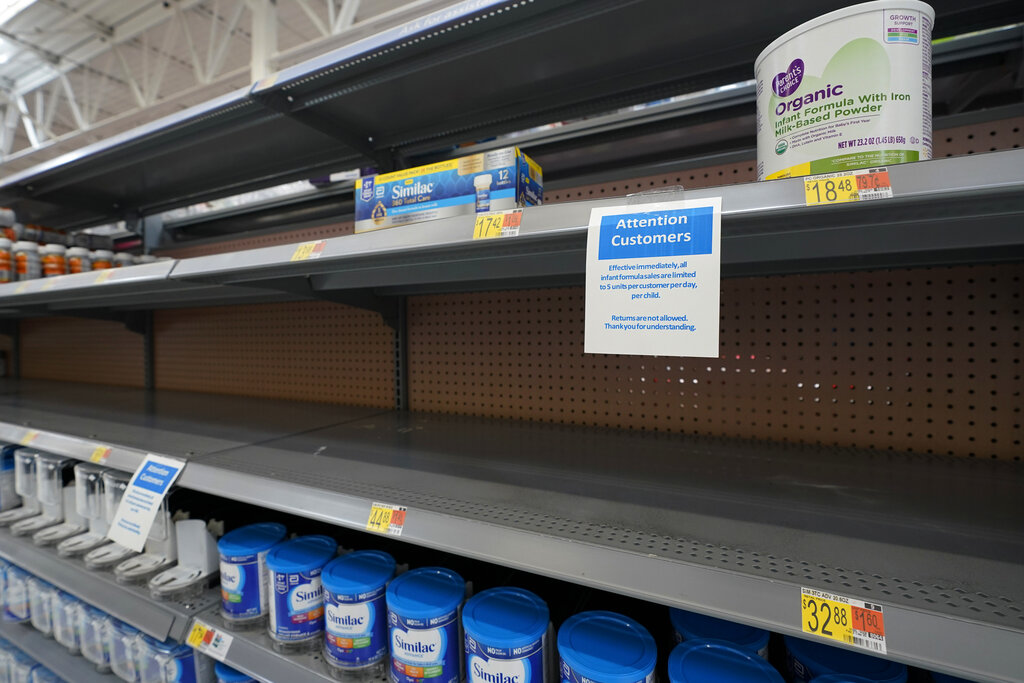 An internal Food and Drug Administration (FDA) report examining what went wrong with the federal government’s response to the infant formula shortage earlier this year found 15 areas where the FDA could have better managed the crisis.

The report from Steven Solomon, director of the FDA’s Center for Veterinary Medicine, recommended the agency update emergency response systems, increase staff training and modernize information technology, among other changes.

Solomon has been at the FDA for 32 years, 23 of which he spent in the agency’s Office of Regulatory Affairs, which houses the FDA’s inspectional programs.

The infant formula shortage drew national headlines earlier this year as families scrambled to get the product before the shortage eased in the summer.

The FDA report says agents who inspect infant formula plants need more training and investigators who are part of the foods division of the federal agency are understaffed.

Solomon also found fault with the FDA’s communication and coordination efforts on managing the crisis, citing “inadequate processes and lack of clarity” on handling whistleblower complaints and outdated information systems where reports and product complaints are submitted.

Solomon said many of the findings he has outlined, along with the recommendations to fix them, are already being addressed.

“This is one of our most important obligations,” Solomon wrote. “As public health servants, our commitment to protecting the nation’s food supply should be never-ending.”

The formula shortage was sparked primarily by the shutdown of a major production plant earlier this year run by Abbott Nutrition in Michigan.

The plant was shut down after the cronobacter pathogen was detected in the supply and led to at least four infant illnesses.

One of Solomon’s solutions includes closing “scientific gaps” in understanding about cronobacter’s contamination and illness capabilities.