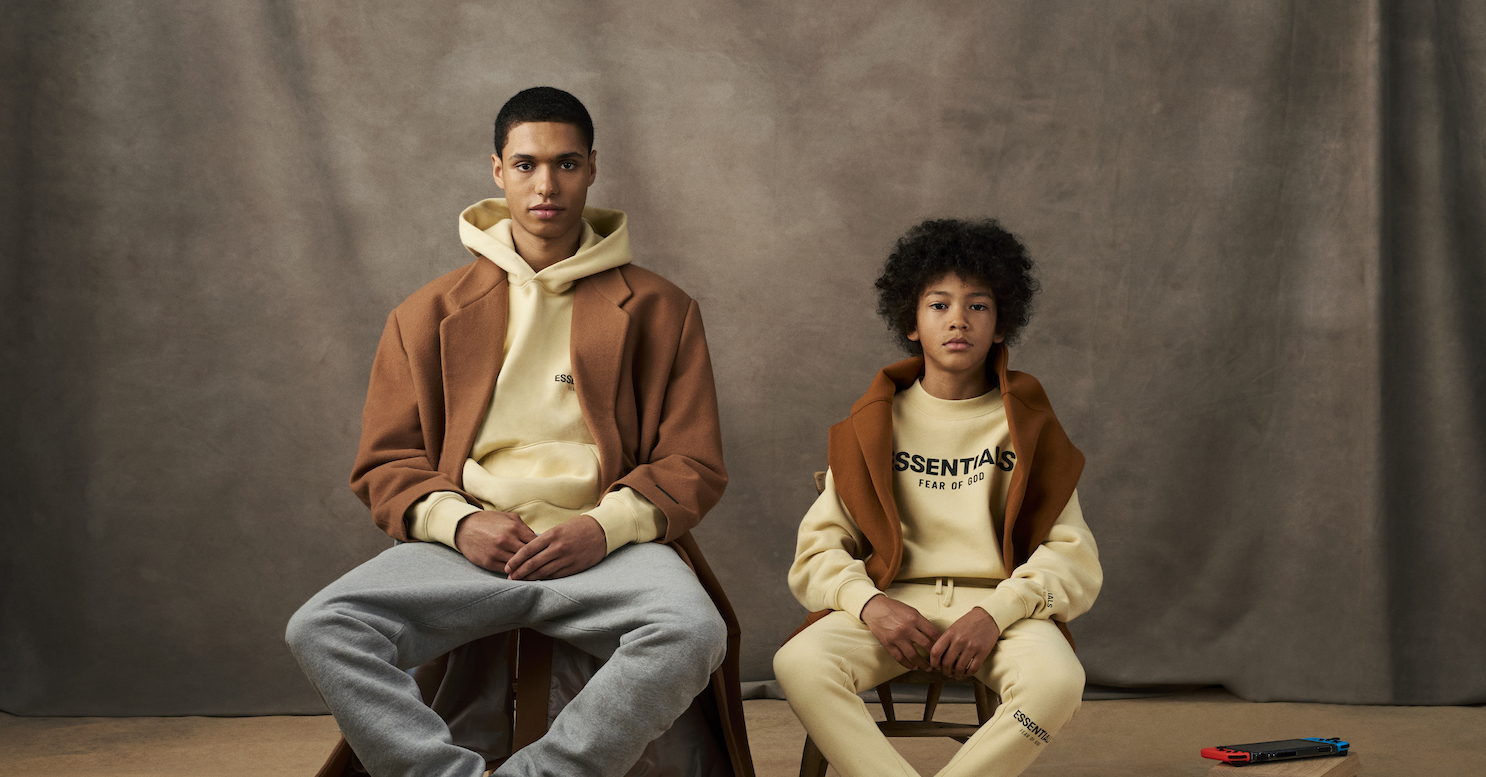 For the first time ever, Fear of God has collaborated with luxury menswear retailer Mr Porter to launch an exclusive collection. The Los Angeles luxury fashion brand, which is helmed by Jerry Lorenzo, is now offering a complete wardrobe of men’s clothing, including tailoring, outerwear, shoes and accessories on the platform. Through its Essentials line, the brand has also released an array of athleisure pieces as well as matching styles for children.

Fear of God certainly caters to its streetwear fans through pieces like T-shirts, hoodies and sweatpants crafted from soft cotton. These relaxed styles are stamped with the “ESSENTIALS” logo and come in limited-edition colours such “Garden Glove” and “Vicunia” that can easily be mixed and matched. There are also premium versions of the casual styles for sale, including a sweater and hoodie made from wool and cashmere.

Have No Fear, MR PORTER’s Fear of God Capsule Is Here:

Other highlights from the collection include a wool blazer, which Lorenzo has refreshed for the modern man by slashing the sleeves. The designer has also thrown in a couple of distressed denim pieces, such as slim-fit jeans. For shoes, you can choose between croc-effect leather espadrilles, ankle boots, as well as a pair of suede-trimmed sneakers in white and cream.

The collection is released as part of Mr Porter’s Hosted By series, which spotlights some of the most influential designers in menswear today. The series kicked off last year with a collaboration with Dries Van Noten.

With his minimalist and functional approach to design, Jerry Lorenzo is often credited for pushing luxe athleisure to the forefront of men’s fashion. Prior to establishing Fear of God in 2013, the designer was best known for his role in the creative team of Kanye West’s Donda agency, alongside Matthew M. Williams (now at the helm of Givenchy) and the late Virgil Abloh.

While Lorenzo’s cult fashion label has its roots in streetwear, it has since expanded to offer a more diverse range of clothing for various occasions and seasons. In 2021, Fear of God even launched its own unisex line of children’s clothing, dubbed “Essentials Kids”. Over the years, the fashion brand has also earned more fans through successful collaborations with brands like Nike and Zegna, and will no doubt grow even bigger through its upcoming collection Adidas.

The complete collection drops on 19 January exclusively on MR PORTER. Prices range from £35 to £2,265 (approx. HK$371 to HK$24,007). Keep an eye out on the website for an exclusive campaign video and interview with Lorenzo himself.

For now, shop our picks of must-have pieces below.