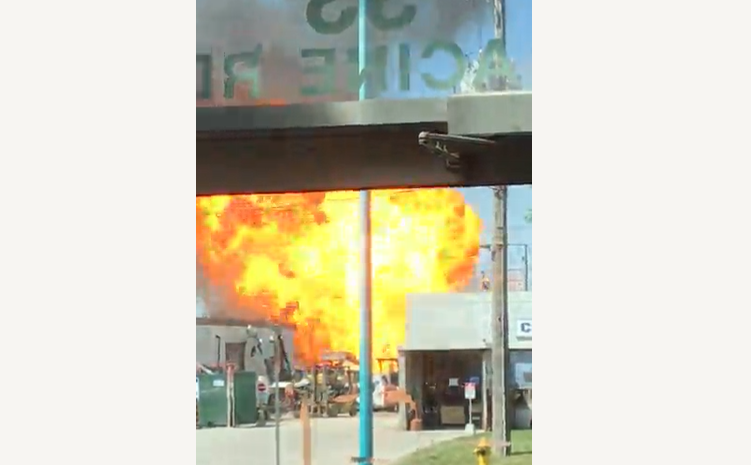 Toronto police say a three-alarm fire at an equipment rental facility in Rexdale was caused after propane tanks exploded, leading to the evacuation of nearby businesses.

Officers were first notified of explosions at a building in the Racine Road and Brydon Drive area, near Rexdale Blvd., around 3 p.m. on Tuesday.

Toronto Fire Services tells CityNews they received reports of propane explosions. Crews were dispatched around 3:30 p.m., and adjacent buildings were evacuated. Firefighters are now working to control the spread of flames.

No injuries have been reported.

Toronto police are urging the public to stay away from the area as crews battle the blaze.

Road closures are in place as Racine Road is closed from Martin Grove Road to Kipling Avenue.